In an approach to expand its user market, Microsoft has now made Xbox Game Pass Ultimate compatible with PC and iOS devices. Currently, the cloud gaming service is available on Android.

“By adding over a billion devices as a path to playing in the Xbox ecosystem, we envision a seamless experience for all types of players;”

“Whether it’s playing Minecraft Dungeons with your Xbox friends using touch controls on an iPhone, or jumping into a Destiny 2: Beyond Light strike on a Surface Pro when you have a break between meetings”

Xbox Game Pass currently allows players to play several titles on PC. For this gamers have to download heavy files that can be a nuisance for low-spec systems.

The arrival of cloud service with Xbox Game Pass Ultimate changes it. Users can play games smoothly without worrying about their system’s weaknesses.

Moreover, Xbox Game Pass Ultimate will not require a particular app to run on iOS devices. A simple browser app will be more than enough to have access to it.

On the other hand, PC users can utilize the streaming service via a browser or Xbox app.

The fact that even budget-friendly systems can reap the benefits of Xbox Game Pass will bring huge swaths of gamers to Microsoft.

It must be kept in mind that for the subscription service to work, a stable internet connection would be needed. 10 mpbs is the bare minimum.

Microsoft also released a list of games that subscribers could play on Xbox Game Pass in 2021. Here is the list: 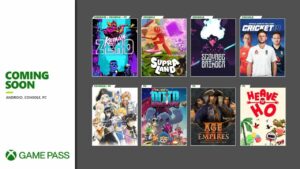