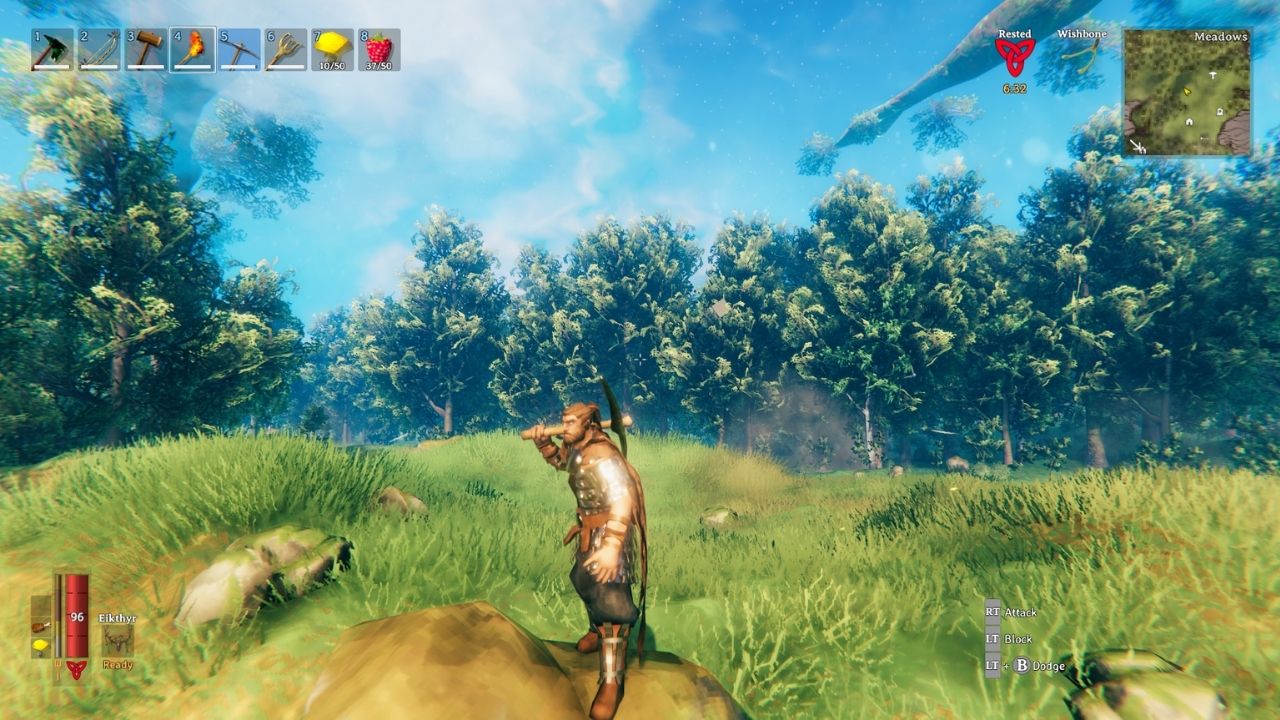 Valheim is all about foraging, crafting, and mining deep in the wilderness. But this mining is almost impossible without the right tool by your side. You guessed it right! I’m talking about the Pickaxe. The most important tool for your progression in the game is the Pickaxe but did you know that it’s quite challenging to make one right off the bat?

If you’re a new player and haven’t had much of a progression, don’t worry I’ve got your back. Let’s tackle this one step at a time.

Before you even think about making a Pickaxe, your first order of business is to make a Workbench. It just takes 10 wood to craft and then you can proceed with the very first Pickaxe you can make in the game – the Antler Pickaxe.

Although, a reminder: The antler pickaxe recipe is only unlocked after defeating the first boss Eikthyr, in the Black Forest.

1. How to Make the Antler Pickaxe in Valheim?

The Antler Pickaxe is made with 1 hard antler and 10 wood. The hard antler is dropped when the player defeats the first boss of the game, Eikthyr.

Since Eikthyr is a giant deer, upon defeating him you will get a part of his hard antler which you can use to make the super cool Antler Pickaxe.

2. How to Make a Bronze Pickaxe in Valheim?

For Bronze Pickaxe, the player needs a Forge, a Smelter, one core wood (generally found by chopping pine trees), and 5 pieces of Bronze Ingots. The Bronze Ingots can be made by refining 20 copper ores and 10 tin ores in the Smelter and then the Forge can be used to make the Bronze pickaxe.

You can always refer Hugin, the bird or as I like to call him, the Tutorial Crow, for hints and advice on where to find certain stuff.

Forge and Smelter are the two most important things you need to build in the game to not only make powerful weapons but also for game progression. I’m adding the recipes for these so that you can progress easily.

The Broze Pickaxe, Forge, and Smelter take you one step closer to make the Iron Pickaxe.

3. How to Make an Iron Pickaxe in Valheim?

The Iron Pickaxe needs 3 core woods and 20 Iron Ingots to make. The Iron Ingots can be made by refining scrap iron in the smelter. Scrap iron is generally found in Muddy Scrap Piles in the Sunken Crypts area.

The Iron Pickaxe is quite a strong pickaxe and does a great deal of damage when wielded on enemies, It is the last Pickaxe you can craft.

Stone Pickaxe does not currently exist in the game.

And there you have it, all about the Pickaxes in Valheim. Just make sure to be careful in the Black Forest. Happy mining! 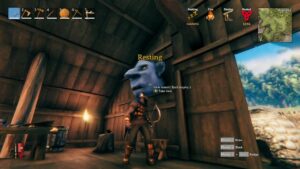 Here is How You Can Decorate Walls with Trophies in Valheim 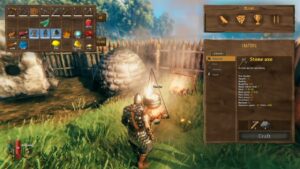