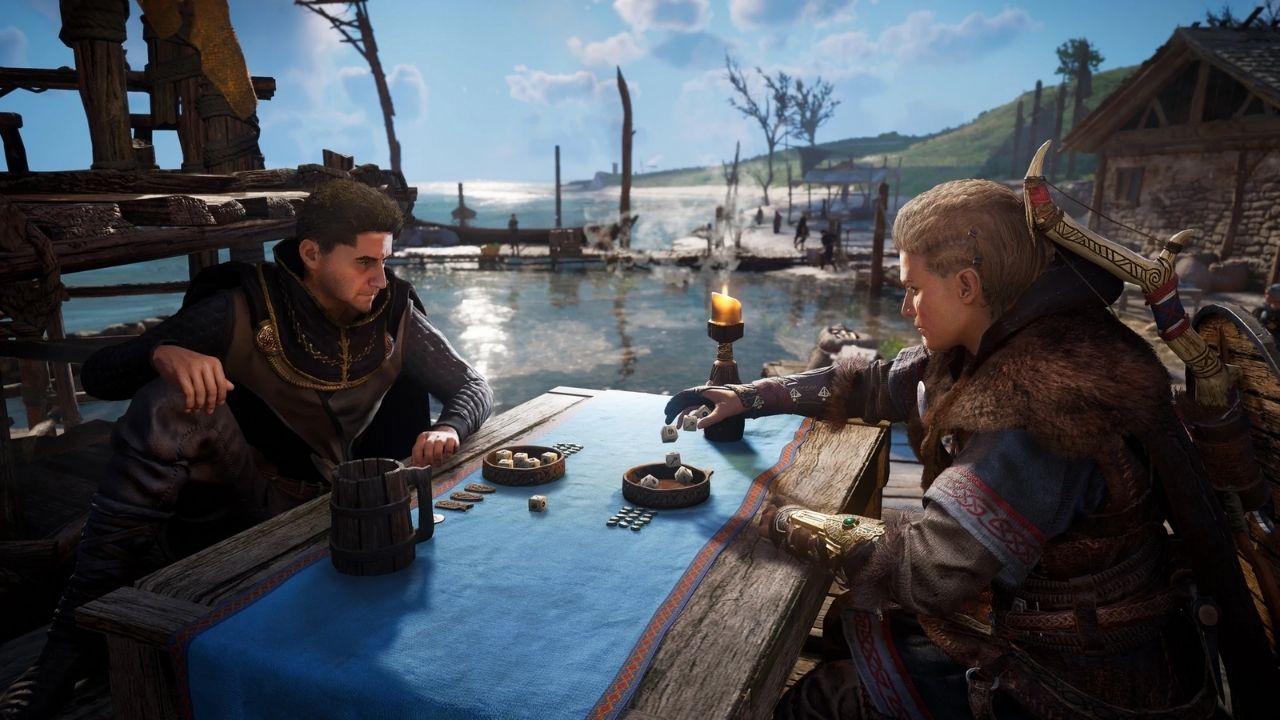 Orlog, much like The Witcher 3’s card game Gwent, is a tabletop game that is popular among the citizens of Assassin’s Creed Valhalla. While some official physical versions of the game exist, an enthusiastic AC Valhalla fan has recreated the detailed mini-game from the ground and even employed some unique design points.

Reddit user Showerthoughts0701 recently showcased his version of Orlog, which they created in two months after “uncountable mistakes.” All of the crucial features of the AC Valhalla exclusive game are included, and the Reddit user has even created a rules sheet for the uninitiated.

Orlog seems like a somewhat complicated game at first, but AC Valhalla fans have realized that it plays well. The board game involves shaking six dice in a cup. The count from the dice determines whether you will defend against or attack your opponent.

Showerthoughts0701’s recreation of Orlog is very premium, one you would expect the royal classes in AC Valhalla to possess. They’ve replaced the antique cups that the Vikings use to shake their dice with intricately detailed wooden cups. Unlike the cups in Valhalla, these have runes laser engraved into the base.

The rest of the elements of the game, however, are pretty similar to those in AC Valhalla’s Orlog. The dice and Gods of the board game look just like the ones in the video game, and even the tokens that represent player health look pretty much the same as those in the original.

Showerthoughts0701 also adds two small chests to hold the game’s cards, dice, etc., and one large chest to hold everything together. The chests, too, have been laser engraved like the other items to offer an aesthetic that would fit well with AC Valhalla’s.

Showerthoughts0701 is currently working on a video documenting his version of Orlog to send to Ubisoft. So, there is a chance that it could make an appearance on their social media handles.

However, it’s doubtful that it will get officially licensed as Ubisoft is already planning a physical release of Orlog in partnership with Pure Arts. The game is set to hit the shelves this year.