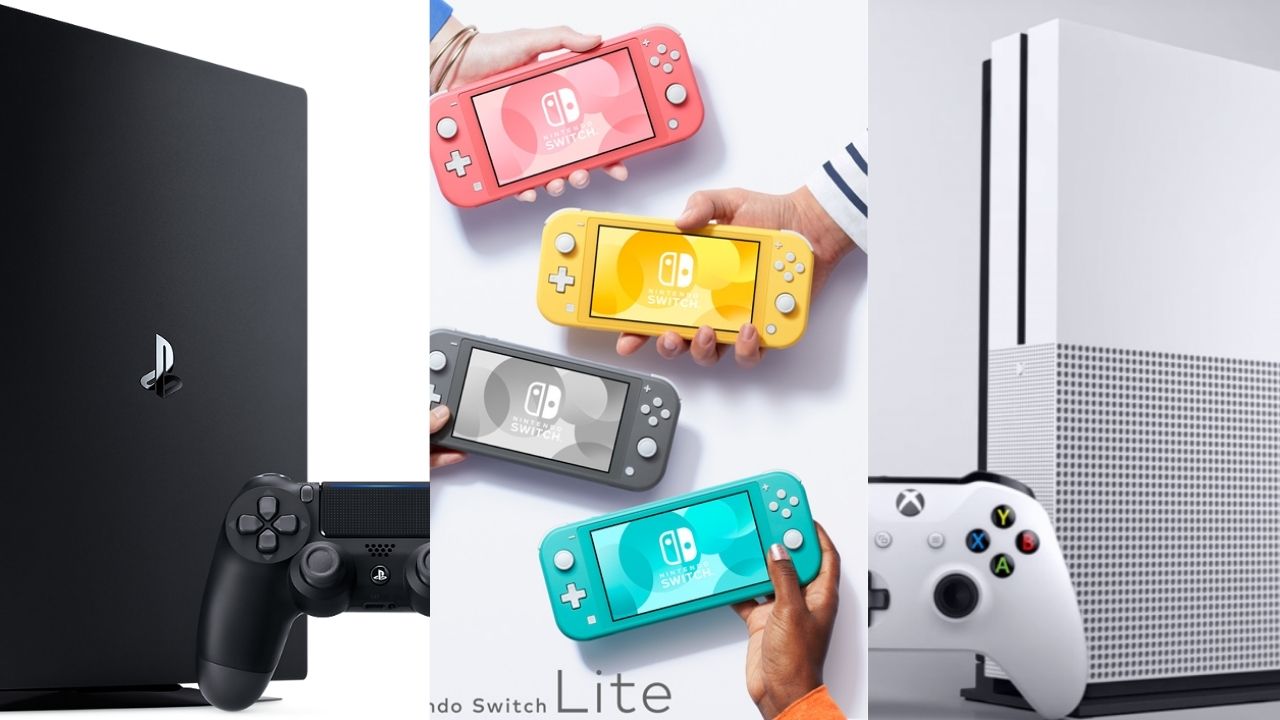 Racing games on consoles offer a wide range of choices to the players. Both arcade and simulator racing games have a variety of titles on all the major consoles out there.

With the release of next-generation consoles from both Sony and Microsoft, many, including me, are looking out for a new console. For one, I will be getting a console to play the exclusive racing games that I couldn’t on my PC.

Racing games, in particular, are drawing my attention, and I might as well set up some wheel and shifters with the console. The availability of exclusive titles and compatibility with driving accessories was a major search criterion for me when I went out to hunt for a console for racing games.

All the major consoles out there: Xbox One X, PlayStation 4, and the Switch have their share of racing exclusives. The choice boils to what type of racing genre you want to experience, be it arcade, simulators, or a mix of both.

Apart from the genre, one thing many new time buyers gloss over is that the accessories play an essential part in getting a console for racing if you want to have a serious setup.

Xbox has one of the most beautiful racing series out there. Forza’s latest iteration has been simply breathtaking and is one of the top choices when it comes to racing titles.

The Forza Horizon series delivers an open-world arcade racing experience with Forza’s realism. With Horizon 4, players race across scenic Britain with over 450 cars. The 4th title in the series is simply stunning in visuals and one of the best racing games out there.

Combine the visuals with the dynamic weather system, and you get yourself a banger. Forza Horizon 4 also offers a multiplayer mode to play with your friends.

FM7 is a real racing simulator with over 700 cars and more than 30 destinations combined with the Forza Racing Championship league. Even though it was released in 2017, the game has held itself up and is a tried and tested racing sim.

The game receives regular content updates, and the 4K HDR is enough until the release of Forza Motorsport 8.

Gran Turismo, a series that has existed since the original PlayStation, is the console’s flagship racing title. The game was developed specifically for the hardware on PS4 and provides 60fps and 4K res with over 150 cars, 18 locations, and 54 layouts.

When it comes to the Switch, most racing games are focused on arcade racers compared to full-blown simulators given the low price tag of the Switch compared to the Xbox and PlayStation.

Mario Kart needs no introduction, as it is the most grossing game on the Switch. Mario Kart 8 Deluxe is the most fun arcade game and the center of any party. Not technically a realistic racer but worthy of a spot anyway.

After getting the titles figured out, the next criteria to consider when picking a console for Racing is the accessory support.

A serious racing set up without a wheel is incomplete, for those looking to skip the racing accessories can skip this section and move on to the next one.

2. Racing Accessories: Which Console Has The Best Equipment?

The most bang for your buck wheel and pedals is the direct successor to the G920(Xbox) and G29 (PlayStation).

The G923 provides the most immersive experience at a mid-range price tag. The wheel and pedals are wheel built and give a premium feel, and are a must-have if you’ve in this price range ($400).

The go-to choice for the serious racer, the Thrustmaster T300 RS, provides high-quality force feedback with massive power. To give you an idea, hit a wall in the game with enough force, and you might end up hurting your thumbs.

The one downside to this kit is that you might have to buy a separate stick due to the handbrake button mapping being very inconvenient.

With a smooth and ergonomic wheel, the G920 is a solid choice for Xbox users. The major USP is the feedback you receive from the wheel. The G920 suffers from the same button mapping problem as T300 Rs, and a separate shift is advised.

The Nintendo Switch simply lacks solid racing gear. So if you want to invest in a serious sim based racing setup, then the Switch is out.

Xbox and PlayStation, on the equipment front, have similar offerings, and companies have started launching newer gear that works with both Xbox and Playstation.

So, in terms of racing equipment, it’s a tie, and you will not be losing out on whatever console you choose concerning racing gear.

3. So, In Conclusion, Which Console To Choose for Racing?

With the lack of any serious offering in the simulator section and racing gear, the Switch is not something you should go for if you want to try some hardcore racing titles; this now leaves the PlayStation and Xbox.

Both the PlayStation and Xbox have similar and almost equivalent accessories like wheels, pedals, and the like. So, it boils down to the exclusive. Both Sony and Microsoft’s consoles offer a selection of exclusive arcade and simulator-based games.

If you want to play both arcade and simulator racing games and need a multiplayer mode.

Then the Xbox with Forza Horizon and Motorsport titles are the way to go as they have outstanding breathtaking graphics and gameplay.

For players looking for a simulator only experience, then the PlayStation with the Gran Turismo series is the way to go.