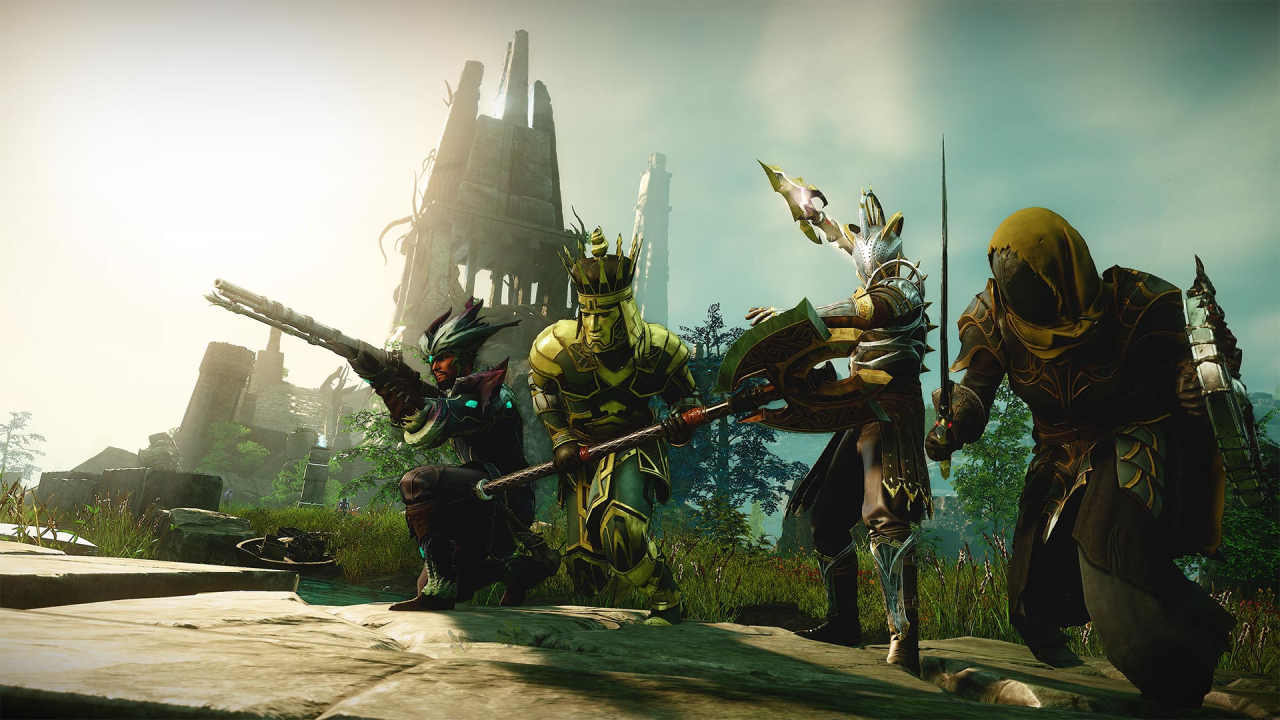 Hatchet is primarily a melee weapon in New World, but it can also be thrown to provide ranged attacks and get an edge in combat. It primarily scales with Strength and secondarily with Dexterity attributes. It boasts strong buff and debuff skills under the two, Berserker and Throwing, skill trees making it one of the most formidable weapons in the game.

The Hatchet, being such a versatile weapon, can be paired with any other weapon in the game to create an intimidating build.

“Great Axe-Hatchet,” “Heal Thrower,” and “Hatchet-Bow” are the best Hatchet builds in the New World. These builds provide an arsenal of different close and ranged attacks for the maximum output in PvE or PvP scenarios.

The Great Axe-Hatchet build puts the player in a Tank role. The primary aim of the Tank is to absorb significant damage and finish off its enemies with few strong blows. Having Hatchet as a secondary weapon with medium armor allows for swift movements and quick attacks.

This build is suited for both PvE and PvP combats. Allocate your attribute points mainly to Strength, aim for 300 points and distribute the rest between Dexterity and Constitution for excellent results.

Great Axe is a strength-based two-handed weapon in New World, perfect for dealing with hordes of enemies with its massive sweep attacks. A Great Axe has two skill trees: Reaper and Mauler.

For this build, use all the Active and Passive skills available in the Berserker skill tree. These skills will provide you with better movement and regeneration for agile attacks. For a more PvP suited build, replace the Raging Torrent skill mentioned below with Social Distancing (Throwing).

“The Heal Thrower” is the ultimate Healer/Support PvE build in New World as it uses a Hatchet as a secondary weapon with several debuffs a player can add to their enemies like slow, infected, etc. With this build, you can heal as well as weaken the enemy drastically for your allies to get the job done quickly.

Life staff is always the primary weapon in all the support builds as it is the only weapon that employs healing and protective magic effects under its Healing and Protector skill trees.

Master the skills of the Throwing tree for the Hatchet as the main focus of this build is to support your team from afar by healing and to create openings for them.

READ:  New World Weapons Guide: What Are the Best Weapons for PvP?

The Hatchet And Bow Build

The Hatchet generally goes well along with the Great Axe or the Warhammer for strong and tank-like plays but pairing it up with a Bow will give the players an efficient combo of quick long, and close-range attacks.

Spend most of your attribute points on Strength and Dexterity as both Hatchet and Bow scale with them, and use medium armor.

Use all the skills of the Berserker tree for Hatchet, just like the Great Axe build, as the Bow will take care of all the ranged attacks.

Bows are dependable long-ranged weapons in New World. They scale up with Dexterity and cause high amounts of damage in a short time frame. The bow offers several movement buffs and poison debuffs to the player under its Skirmisher and Hunter skill trees.