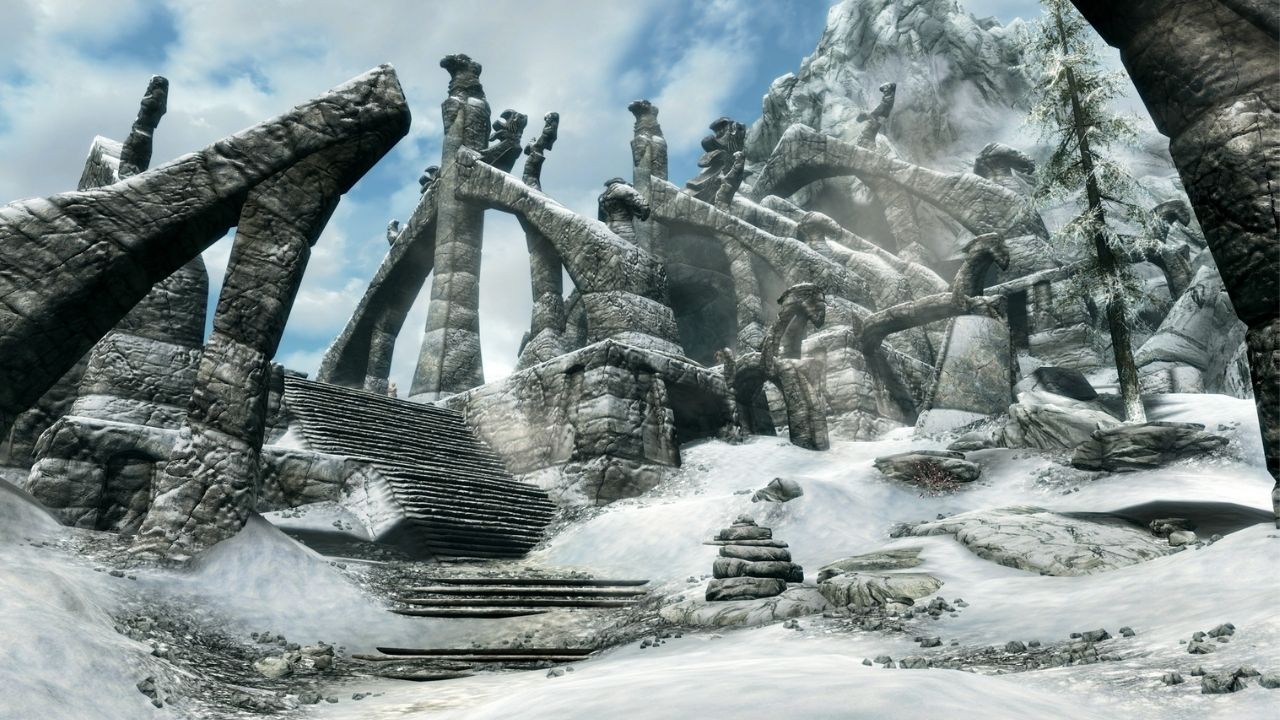 Skyrim is known for its customizations, and one of the most quintessential needs in this game is to have your own home as a Dragonborn. Let’s see which houses are the best in Skyrim.

Few games come close to Skyrim when it comes to content and a dynamic world. Thanks to constant DLCs and an even bigger modding community, Skyrim has never been left without stuff to do.

When I started with Skyrim, I was so confused about what house to get as it was going to be the place I would come back to. I have since learned more about the houses of Skyrim and have compiled a spoiler-free list of the best houses that Skyrim has to offer. Let’s see which house comes out on top.

Want a simple no thrills home for yourself? Look no further as Anise’s cabin is just that.  It is an ideal place to start your journey in Skyrim with enough resources, including a veggie garden and a lab for your alchemy needs.

If you’re worried about Ansie, don’t be, as to put it lightly, she’s a little over the top. After she has been taken care of, her home near Riverwood is up for grabs.

Do you want a house made with big pieces of stone? Because it definitely caught my attention. The highest house in Markarth gets you the most scenic views in town.

To get into line for being a buyer, start being friendly with the Jarl of the Reach, and you can snag it for 8,000 gold. The house can be upgraded to include alchemy and enchantment tables, which I think are the most significant advantages.

Another house for you to acquire early on in the game; I think it’s naming was very convenient given how easy it is to get. A small but cozy house that can fit up to four occupants, it only costs 5,000 gold. Given how convenient its location is, for me, it seemed like a good deal. You can just pop out and have the entire Whiterun market in front of you.

This location is for the nature lovers out there looking for a perfect winter getaway. At first, I thought it was an exotically located tavern but lo and behold; it was a house all ready for a more apt owner. After you defeat Drelas, the current homeowner in self-defense, the house will be all ready to move into.

Aside from the view and the mountain peak location, the house gets you a veggie garden, a lab for you to practice alchemy, and some chickens to look after!

Who wouldn’t want to own a house that belonged to an infamous murdering butcher? Because Hjerim is precisely that. Most people would serve around this location, but why skip a prime location?

Even though the location is cursed by its previous owner, it has not affected the price at 12,000 gold. I liked how the house has both an arcane enchanter and an alchemy table, with a close enough smelter and general merchant. Be aware, though, that upgrading the home will set you back by 21,000 gold.

Another house in Windhelm, but this one is a little different. In order to live in Viola Giordano’s House, you need to actually marry her. The ability to marry her will only be unlocked after you complete the quest that requires you to inform her about Revyn.

I like this house particularly as it has two spacious floors and a winter-esque aura going about it. However, having the most illuminated town in Windhelm is not a plus.

Severin Manor is one of my favorites, solely because it looks so unique! While being in one of the most secluded locations, the house is a must-buy if you heavily rely on magical powers.

The house features an extensive amount of furniture and has enough mounting space to display your armor and weapons. So if you believe in aesthetics, then this house should be on top of your list.

Honeyside is one of the best looking wooden homes and what makes it unique is that you get your own personal dock! Located on the river in Riften, it also has a meager asking price given its features.

Just at 8,000 gold, you get all the things a hunter would need plus an alchemy table. The dockside entry allows you to sneak in while dodging detection. Definitely, one of the must-buys, especially if you wish to be the Thane of RIft.

Castle Volkihar makes you feel like a real Dragonborn, and boy is it large. It ticks all the boxes of being a kickass fort atop a hill complete with long walls and large hallways. If you are a lord looking for a menacing looking castle, then this is for you.

The only problem is that your family can’t be moved into here, so this more of a bachelor’s castle pad!

You can buy the Windstad Manor directly, but you buy the land instead and build the manor on it. To be able to purchase it start being friendly with the Jarl of the hold. The house can be customized to fit your needs, but I like this house because it is the only house with a fish hatchery!

The land for Windstad Manor is relatively cheap, too, at just 5,000 gold, considering it is next to your own swimming swamp.

Do you like ancient abandoned strongholds of the dark brotherhood? Then this is the one for you. This is my top pick if you just want to be a wealthy, secluded Dragonborn.

Complete with armors and scrolls on the walls, the sanctuary will set you back almost 22k gold. But it is quite a small amount for an amazing villain lair.

Heljarchen needs to be built on the land, but once created, you get nearly infinite flour thanks to the in-house mill. The house has a beautiful exterior and looks almost perfect for your family (you can move them in too!).

The surrounding open fields will let you know all about enemy movements, though keep in mind that you need at least level 20 to be able to purchase this house.

Location: Eastern side of Solitude

I think Proudspire Manor is one of Skyrim’s best-looking inner-city houses, but it also comes at a hefty price. It is one of the most expensive houses-in game at 25k gold, more so if you factor in the upgrade costs. However, the price that you pay also gets you a substantial homestead with a beautiful design.

Getting this house is not easy altogether; you have to complete the quotes in Solitude and get close to the Queen!

My personal favorite, Lakeview Manor, is just how I would want my house to be! Overlooking a vast lake and located on the scenic riverside of Ilinalta. The land for the home needs to be purchased from Nenya but comes fitted with a stable, an anvil plus a workbench and not to mention all the ores up for grabs in the forest.

Even though the location is majestic, new players should be aware of all the hunters roaming nearby.

Once you become the Archmage as you complete the Eye of Magnus quest, you will be given the Arch-Mage’s Quarters. The house has one of the most beautiful interiors in the game, making all the advantages secondary. The luxury quarters make you feel like a powerful spell caster!