Call of Duty: Modern Warfare 2 boasts a wide range of assault rifles but the Kastov 762 is proving to be one of the most powerful and versatile assault rifles among them. It’s undoubtedly one of the best guns currently in the game.

The Kastov 762 is unlocked at level 23 and it’s an absolute force to be reckoned with. The Kastov 762 has all the best features of the AK47 and is an absolute tank when it comes to damage. However, the gun can be made even better with the correct loadout and attachments.

The optic can be changed based on the player’s preference. However, it’s advised not to equip something too heavy as it will slow down the movement. The Slimeline Pro is super clean and accurate. It is one of the best optics in the game so you might want to check out our guide on unlocking the Slimeline Pro. An alternative could be using the Cronen Mini Red Dot.

The rest of the attachments will help players control their aim and provide them with even more precision and accuracy. Only a few bullets will seal the deal for an enemy player.

While The Scavenger Perk is active, players won’t have to worry about their ammunition which makes the perk extremely useful. The Tracker Perk provides players with the ability to follow the footsteps of nearby players, hence it can be useful on any loadout.

The Ultimate Perk, Quick Fix, helps in healing players real quick. Fast Hands provides players with a quick reload time if they’re in the midst of a firefight.

Combining Fast Hands and Scavenger makes a deadly lethal combo, with players having a great deal of ammunition paired with faster reload time. Dead Silence will allow players to sneak up behind an enemy player without making any noise and surprise them from behind.

With this loadout, players can be sure of melting enemy players within seconds. The class setup will additionally help them deal with dicey situations as well.

A Guide to Unlocking Gold Camo-Call of Duty: Modern Warfare 2 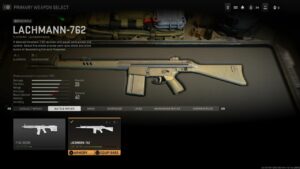 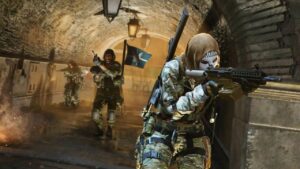 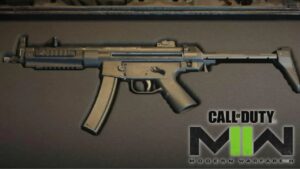