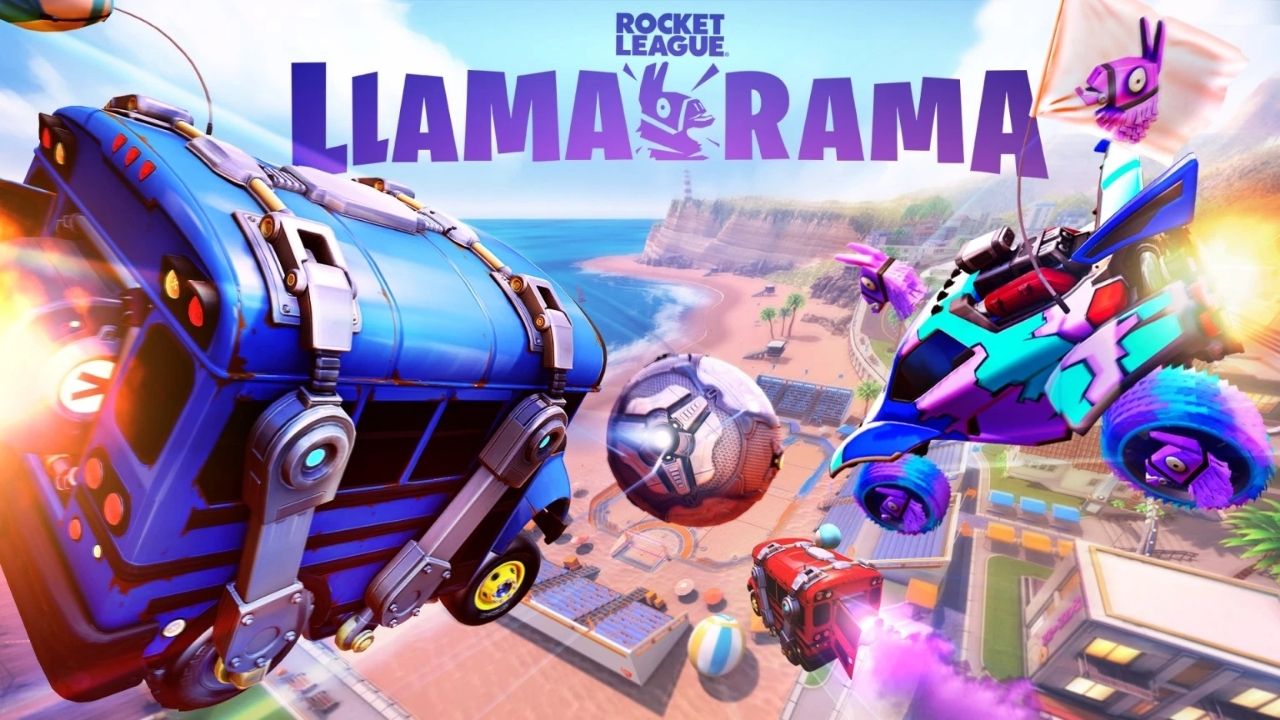 Rocket League is finally free to play on the Epic Games Store. It is the kind of game one could never get tired of. From a wide array of astonishing cars going against one another to physics-based soccer, Rocket League offers it all.

Sports enthusiasts can score goals. Action lovers can destroy foes’ vehicles. It has something for everyone!

It’s a game that no one should miss out on and now with this Psyonix developed game being free, what’s your excuse?

Today, that is September 23, Rocket League officially enters Epic Store.  To commemorate this, Epic and Psyonix have joined hands to deliver a Fortnite and Rocket League Crossover event called Llama-Rama.

This crossover event will commence on September 26.

In Llama-Rama, players will have to finish five Rocket League challenges to unseal numerous prizes in both Rocket League and Fortnite.

Here is a list of rewards that players can unlock:

Challenge 3: Top of the World

If this doesn’t tempt you to play Rocket League then wait there’s more to persuade you.

DJ Slushii is a sensation amongst Rocket League fans because of his in-game track that is titled as ‘LUV U NEED U’.

Note: All those who own the Steam copy of Rocket League need not panic. Psyonix clarified that the Steam version will receive “full support for future updates and features.”

Starting on September 26, this crossover event will come to a halt on October 12.