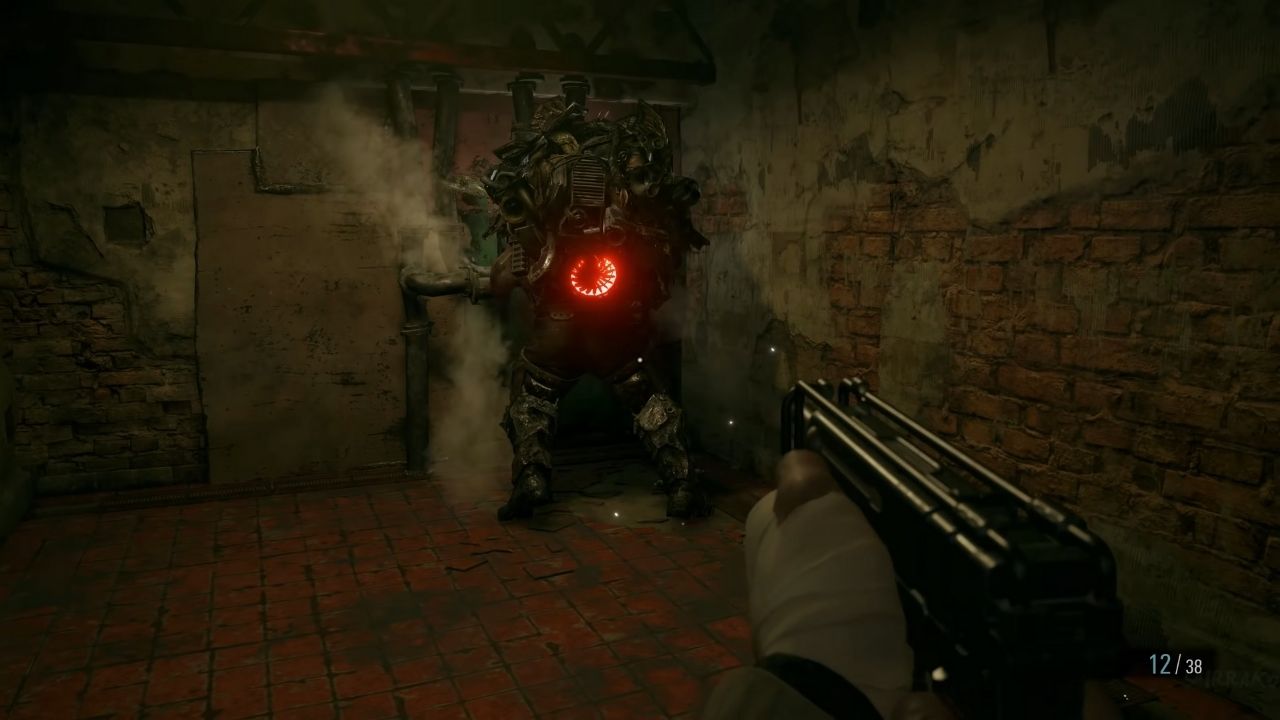 Resident Evil Village throws in quite the power-packed action with every new area of the Village map before finally ending with the ever so difficult Heisenberg’s Factory. Other than the ultimate Heisenberg boss fight, I think we can all agree the Propeller Head mini-boss is one of the more challenging opponents the game has to offer.

The Propeller Head boss, a.k.a Strum is a giant machine with a propeller-like head roaming around the Labyrinth-like room next to the Cargo Bay. Despite his monstrous stature, Strum is pretty easy to take down if you have the right tricks up your sleeves. Here’s how you can defeat the propeller head boss and progress with Ethan Winters’ story.

Before you dive into the boss battle, make sure to stock up so that you have enough ammo, mines, and pipe bombs to blast that big machine into oblivion.

Strum, a.k.a the Propeller Head Boss, can be found on the floor B1 of Heisenberg’s Factory, right next to the Cargo Bay. Players need to enter the labyrinth-like room to start the boss fight.

This boss fight is pretty easy if you know the weak spots for our Propeller Head boss. Conveniently enough, the game decides to throw in a clue regarding this strong enemy and hints at its weak spots.

Before heading into the labyrinth room in B1, players need to collect the clue regarding the Propeller Head boss located in the small room right before the labyrinth.

The Strum file will inform that the machine might blow up after overheating. So, there is a chance to completely destroy the thing and stop its devastations.

READ:  All Labyrinth and Ball Locations and Rewards in Resident Evil Village

Now that you are prepared and ready, head on over to the boss arena and fight the darn thing once and for all.

3. How to Defeat the Propeller Head Boss in Resident Evil Village?

To defeat the Propeller Head boss, players need to aim for the glowing red reactor thing on its back and shoot at this weak spot. Strum will charge at the player with full speed before tiring itself out and giving enough time to shoot the back.

You have to carefully maneuver in the tight space of the fight arena and dodge whenever it decides to dash at you. It will also dash at the walls and break them, giving you enough room to work with. Planting mines and pipe bombs can also help you overheat the machine and destroy it.

Once you deal enough damage to the reactor, Strum will start attacking with fire which you can dodge easily. Even if you get hit with fire, it won’t deal much damage. So, make use of his dashes and use them to your advantage.

After Strum explodes, you will be able to collect a Complex Mechanical Heart that can be sold to the Duke for 45000 Lei. With the mini-boss gone, you can move around freely in Heisenberg’s Factory before facing the real evil.