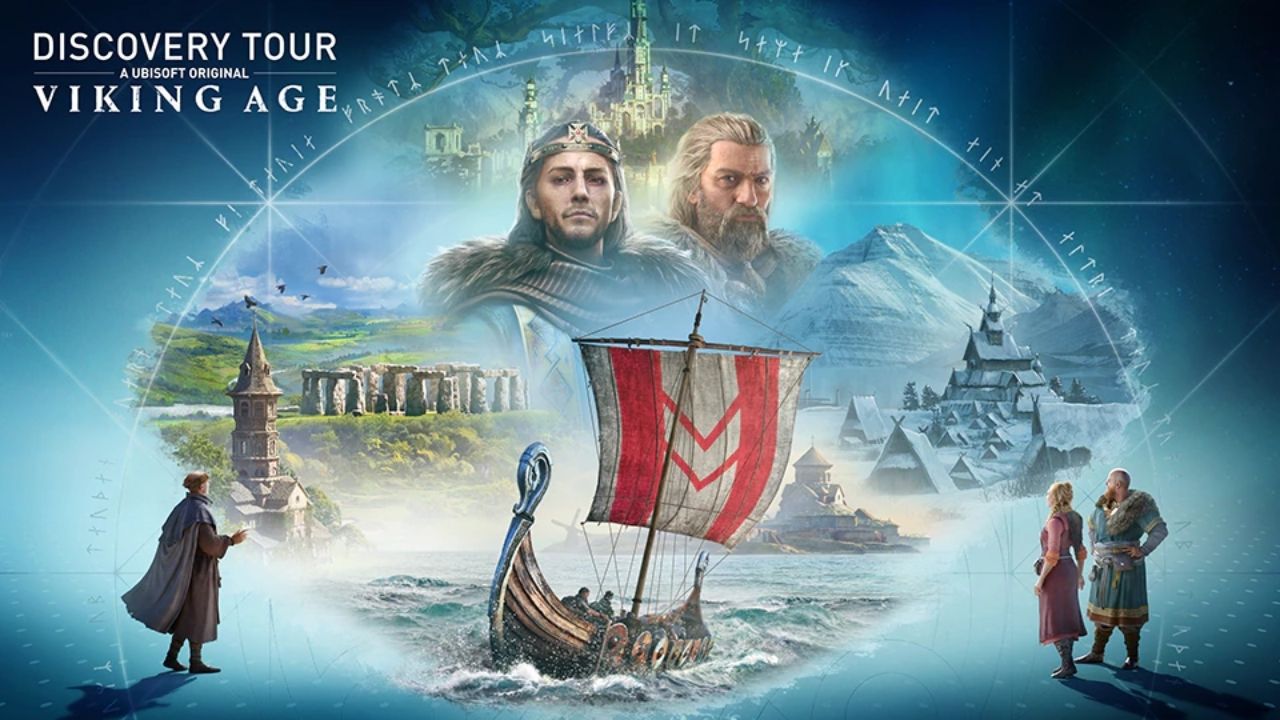 If there is one thing most Assassin’s Creed games are applauded for, it is the recreation of ancient worlds. Say what you want about the stories, characters, and gameplay, but the worlds are almost always immersive and give a natural feeling of living during those times (more or less).

Ubisoft is looking to take this to the next level with their reveal of Discovery Tour: Viking Age, an add-on coming to Assassin’s Creed Valhalla.

This educational DLC will be a free update for the base game owners across all platforms and will also be available as a separate purchase on PC and consoles.

Much like the previous learning experiences from the franchise, which have been dedicated to Ancient Egypt (Origins) and Ancient Greece (Odyssey), the Viking Age aims to offer a deep dive into the history and culture of ninth-century Vikings and Anglo-Saxons.

If Valhalla’s fictional story and action-centric gameplay do not appeal to you, this is your chance to check out the masterfully crafted world and learn new information along the way.

The Discovery Tour has been designed with inputs from historians and archaeologists to change the game world into a non-violent interactive environment available for free exploration. Unlike the previous Discovery Tours, Viking Age will take a fresh approach to teach you history.

Ubisoft Montreal developers have revealed that you will be able to take on the roles of different in-game characters and take on various quests in this Discovery Tour. They want to bring you closer to the material by putting you at the center of the whole experience.

A new key feature being added is Discovery Sites which will focus on a separate element of the culture and traditions of England and Norway of that time.

Discovery Tour: Viking Age will be released as a free add-on on October 19th. The package will go on sale on PC at Ubisoft Connect and Epic Game Store for $24.99. The Discovery Tour will also be available, for the very first time, as a standalone on PS4, PS5, Xbox One, and Xbox Series X|S. But Viking Age as a separate purchase will arrive early next year.