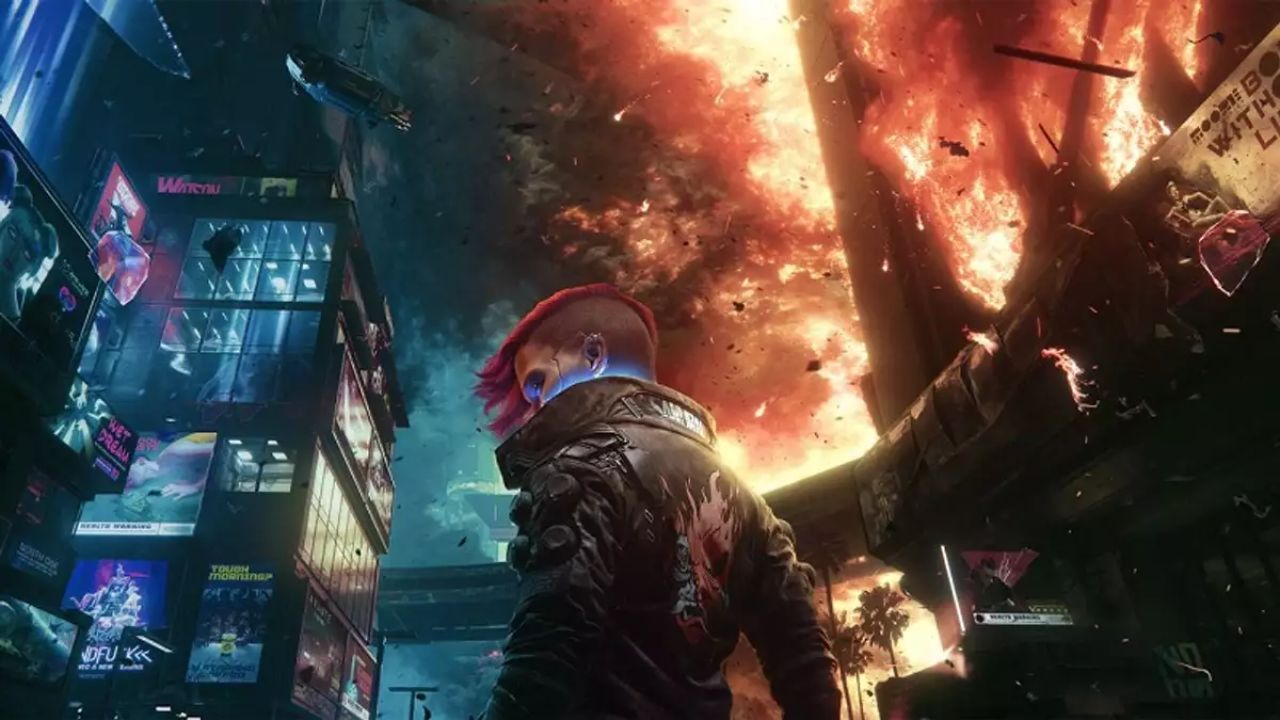 Since its release, CD Projekt Red’s aspirational open-world action RPG, Cyberpunk 2077, has had its justified share of ups and downs. However, presently, the dust has settled, and with the help of several updates, developers have optimized the game for current-generation platforms. Hence, players are now ready to venture into the darkness of the Night City.

Unfortunately, the New Game+ mode has yet to be a part of Cyberpunk 2077 on PS5/PS4. Even though the developers at CD Projekt Red claim that they’re working on it, they aren’t making any promises, according to the game’s lead level designer. Since NG+ wasn’t a part of the recent patch update, it could be a part of Patch 1.7, which will most likely release around Spring 2023.

Here’s more about the NG+ mode in Cyberpunk 2077, its release date, and the reason behind its delay!

Does Cyberpunk 2077 have post-game?

Yes, Cyberpunk 2077 does have post-game. Once you complete the main story in Cyberpunk 2077 and the credits have rolled, you return to the point where V is in front of the Embers building from Act II: Nocturne 15 Op 55. Moreover, your inventory and experience will carry over, and you’ll be free to roam Night City.

The game is fundamentally open-world and free roam, specifically after Act I, and until you go to the Embers Club for the mission, Nocturne Op55N1. There’s no going back to free roam after this point, which is why the game will ask you to create a save file when you complete this mission. Consequently, when you beat the main game in Cyberpunk 2077, you’ll return to this free-roam save file.

Lastly, once you’re done with Cyberpunk 2077’s main story, you can aim for 100% completion by finishing all side quests and achieving the remaining four endings.

What to do in Cyberpunk 2077 after beating the main story? (The Devil)

After you complete Cyberpunk 2077 and beat the main story, you can still do several things in Night City. Firstly, you should collect your post-game rewards by reloading the save file and equipping them at the nearest Ripperdoc. Secondly, you can aim for 100% completion and achieve all five endings.

Players can 100% complete Cyberpunk 2077 by finishing the given tasks.

Also, the various post-game rewards for each ending in Cyberpunk 2077 are as follows.

READ:  What Happened with Cyberpunk 2077: Everything You Need to Know

Cyberpunk’s Patch 1.6, also called Patch 1.6 Edgerunners Update, does not include the New Game+ mode for PS5 and PS4. The Senior Community Manager of Cyberpunk 2077, Amelia “Lilayah” Kolat, published a tweet a day before the patch’s release confirming the same.

Such disheartening news came while players were awaiting the release of the New Game+ mode as part of Patch 1.6. Considering the contents of Patch 1.6, which was released on 6th September 2022, it’s safe to say it doesn’t include the NG+ mode. The primary contents of the Patch 1.6 Edgerunners Update are as follows.

Furthermore, as of 3rd December 2022, CD Projekt Red developers or employees have yet to make any new mentions of Cyberpunk’s New Game+ mode.

READ:  Cyberpunk’s DLC Plans To Be Out After The Game’s Release

Why has Cyberpunk 2077’s New Game+ mode been delayed?

CD Projekt Red employee and Cyberpunk 2077’s lead level designer, Miles Tost, claims that they delayed the New Game+ mode because it is an “incredibly complex feature to make.” Moreover, he suggested that adding advanced cyberware early on in the game could interfere with progression and other aspects of the game.

In addition, he stated that the developers and designers will have to answer the questions given below before proceeding to work on the New Game+ mode in Cyberpunk 2077.

Subsequently, Miles Tost also mentions that it’s not impossible to work on the above-mentioned complexities and queries. But, he expects the Cyberpunk 2077 community to have patience as rolling out the New Game+ mode includes a lot more work than one can see at first glance.

If upon reading this, you feel that the new mode may never come, Tost did offer some assurance towards the end, albeit alongside the caveat of “No promises.”

Although there’s no official news about when the New Game+ mode will be added to Cyberpunk 2077, there’s a good chance that it could roll out with the Patch 1.7 update scheduled for early 2023. Judging by the time difference between the release of Patch 1.5 and 1.6, Patch 1.7 will launch by Spring 2023 at the earliest.

However, players have been waiting for NG+ to come on Cyberpunk 2077 since Patch update 1.2, and there’s still no sign of it. So, waiting for the mode to be a part of the next update might not be the wisest option, but sadly, it’s the only option.