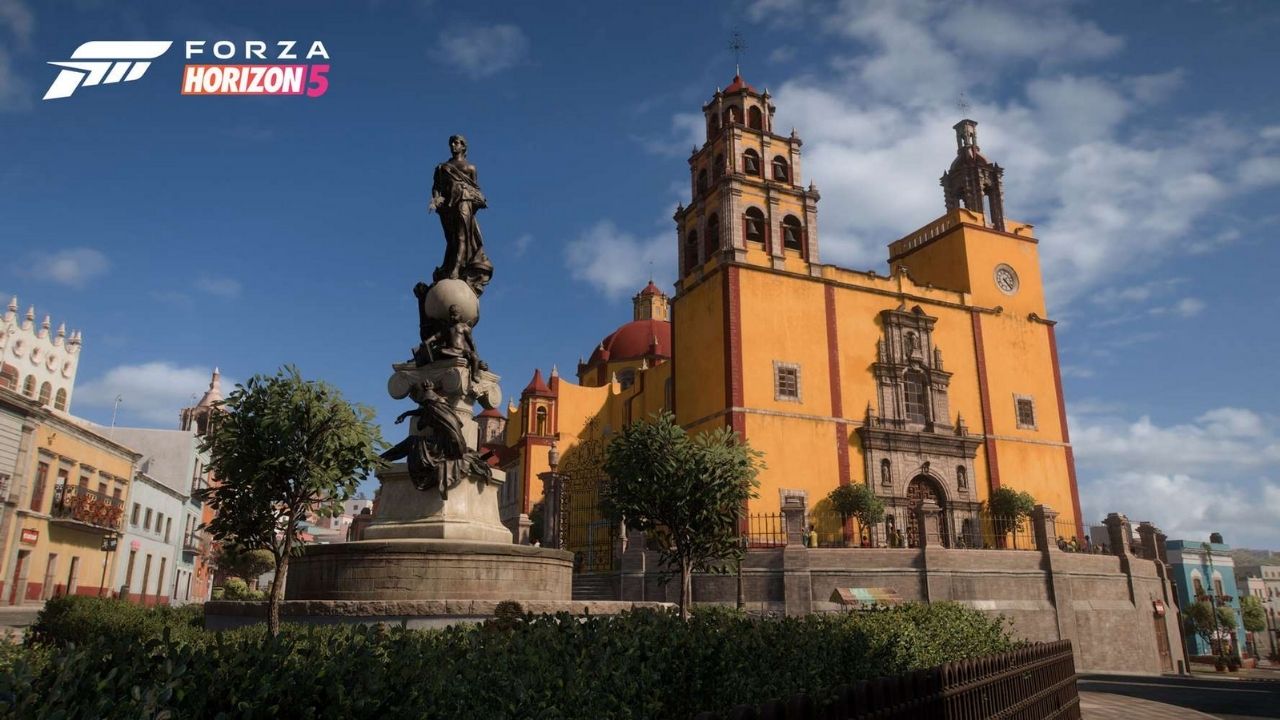 The footage gave us a sneak peek of the variety of terrain we’ll get to traverse, along with a promise of the most extensive map in the franchise so far, and also unveiled all of the game’s new features.

Yesterday, developer Playground Games shared an even closer look at the game’s map by detailing all of its biomes on Xbox Wire.

Speaking on how the size of the game’s map influenced aesthetics, Mike Brown, Creative Director of Forza Horizon 5, said,

Brown also outlined why the developers chose to set the game in Mexico, if you were wondering.

Mexico is almost like the whole world in one country: snowy peaks, tropical jungles, epic canyons, beautiful beaches, ancient architecture, and modern cities. When you add on Mexico’s incredible culture – the music, the art, the history, the people – there is no more exciting location for the Horizon Festival.

Forza Horizon 5’s map, which is incidentally one-and-a-half times the size of Forza Horizon 4’s, will consist of 11 distinct biomes, each created with meticulous research.

As per Art Director Don Arceta, the development team employed techniques like “photogrammetry” to recreate environments with precision accuracy.

Here’s a breakdown of each of the 11 biomes:

Canyon: This biome was also showcased in the Forza 5 trailer. It is populated with formations that are patterned with striations unique to Mexico. Since each biome will have its own sound design, Canyon will have more echo than any of the others.

Tropical Coast: Everyone’s dream vacation destination, filled with palm trees, seagulls, white sand beaches, and calm waters. However, come storm season, this paradise turns into a hellscape that will force you to change your navigation strategy.

Arid Hills: This one is pretty self-explanatory. Full of dry grasses on rolling hills and plains, you’ll have plenty of open spaces for some off-roading action.

What’s more, this biome is home to a lake that dries up during the winter season, giving way to shortcuts via fast passages and secret areas.

Jungle: Filled with dense vegetation and towering trees that let beautiful rays of sun creep in, you’ll also find winding rivers and waterfalls here. Additionally, there are also hidden temples based on real-life locations in Mexico.

Living Desert: As the name implies, this biome is full of life and features plenty of flowers and wildlife along with rock piles and formations unique to the area.

Rocky Coast: Unlike Tropical Coast, this biome does not have much in the name of trees and vegetation. However, you will get a full view of the ocean and some excellent views of the sun setting at the end of the day.

Sand Desert: Living Desert teems with life, but this region does not. Full of towering dunes, if you’re looking to carve into sand or just for some good ol’ dune bashing, this biome is your best bet.

Additionally, many of the roads in this area feature long straightaways, so there are plenty of opportunities to see how much you can push your favorite ride.

Swamp: Forza 5 will be the first game in the franchise to include a swamp biome. This wet biome is home to mangrove trees with roots that sprawl throughout, making racing a bit dangerous.

Urban City of Guanajuato: Like many cities in Mexico, Guanajuato is full of fantastic architecture and vibrant colors. You’ll also have access to rolling hills and tunnels, making for some enjoyable race routes.

Volcano: In yet another first for the Forza franchise, this high-altitude volcano is situated right next to the Living Desert. And yes, you will be able to drive up its side. The Volcano is also the only biome in the game that experiences snowfall.

Forza Horizon 5 arrives on Xbox One, Xbox Series X|S, and PC on November 9.