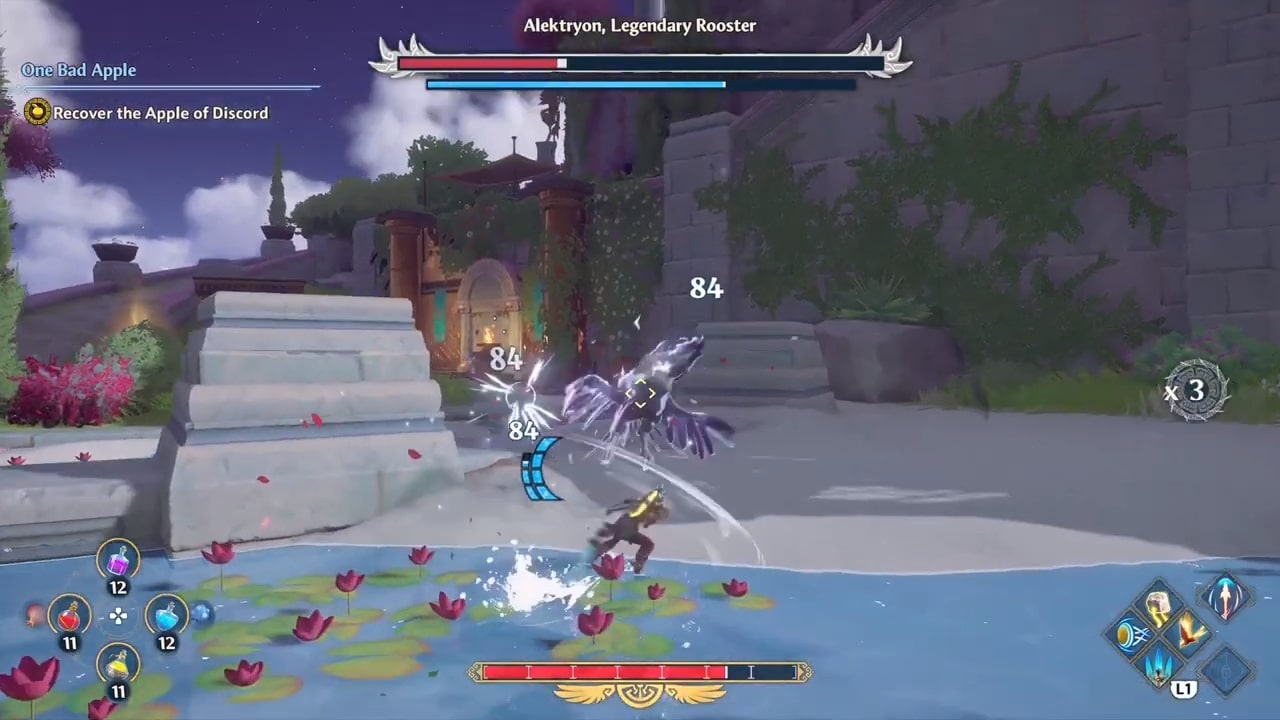 If you’re playing Immortals Fenyx Rising, chances are you have heard of The Legendary Rooster named Alektryon. This giant rooster is one of the many legendary monsters found throughout the whole map and is rather an interesting foe for you to defeat.

But, before hunting down Alektryon, you must make sure you have cleared the Valley Of The Eternal Spring – Main Quests as Aphrodite is the one who gives you the mission to kill Alektryon and located it in your map.

So, equip a phosphor to quickly fly to the location.

Alektryon can be found in the Southwest side of Valley of Eternal Spring, clucking around in the gardens of Palace of Aphrodite.

You don’t need to search for him too much. Go to the middle of the Palace and follow the clucking of other chickens and you’ll see the big shiny rooster moving about in the garden.

Heads up, as soon as you clear the Valley of The Eternal Spring mission, Aphrodite marks the location of her palace in your map and gives you the Legendary Monsters mission.

Now that you’ve located the rooster, it’s time to defeat him.

2. How to Beat Alektryon The Legendary Rooster?

Alektryon is quite a big enemy for you to defeat but is definitely on the weaker side. One attack from your sword will stunt him and you’ll be able to attack multiple times during that.

Attack back to back with a sword and you can beat him easily. Just make sure to dodge his speedy slam attacks and you’re good to go.

Before attacking Alektryon head-on, try to take out his underlings first. The ferocious chickens attack you constantly and can do pretty good damage. So, take your sword and slash through the enemies.

After defeating you can move on to your other mission or collect your loot.

3. What Loot Do You Get for Defeating Alektryon?

Defeating Alektryon is not just for completing a side mission. You also get a rare prize after his defeat. You can get Phosphor The Stonegazer skin from defeating The Legendary Rooster.

The phosphor is carrying Medusa’s thirst for vengeance and can launch a lethal poison at your enemies. Using this skin will deduct 50% of your stamina drainage overtime so keep that in mind when you equip this during fights.

READ:  Immortals Fenyx Rising: How to Collect All Phosphor Skins?

Which is your favorite Legendary Monster from Immortals Fenyx Rising?