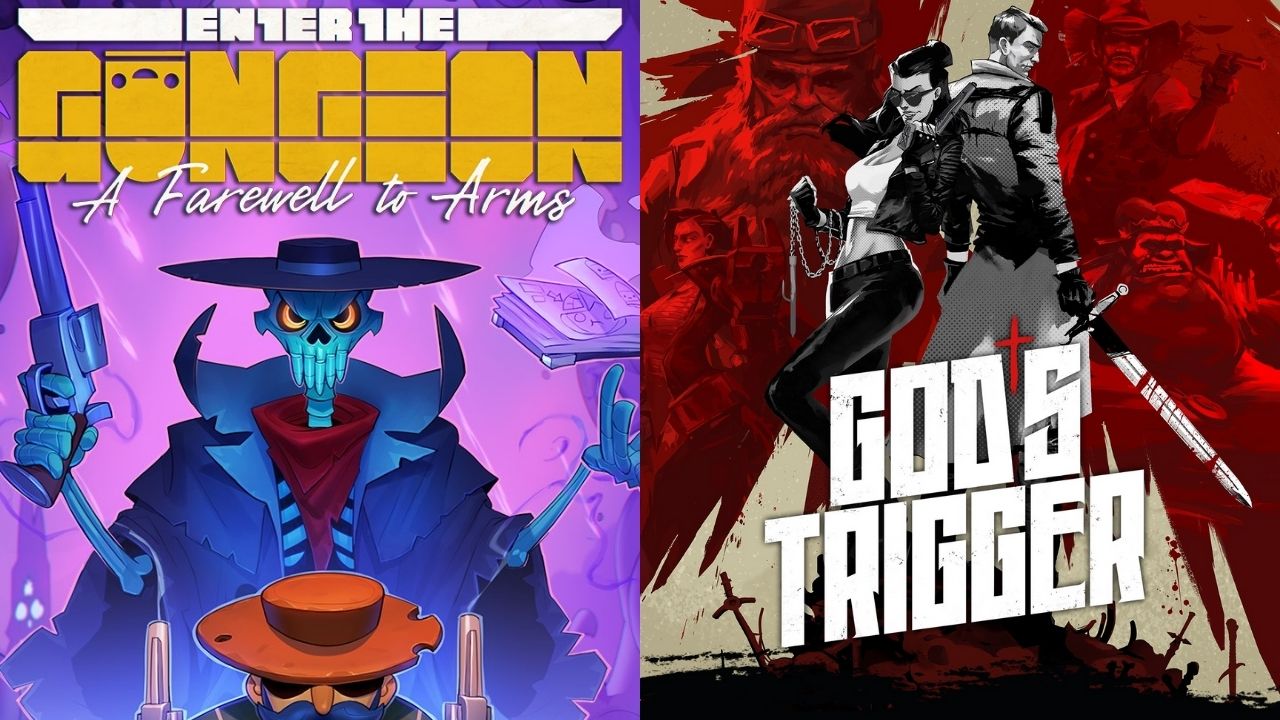 It was only a week back when the Epic Games Store made A Total War Saga: TROY free for 24 hours. This move was deeply appreciated by gamers.

To play the newly released, turn-based strategy game for 24 hours without spending a dime, made enthusiasts pinch themselves to check if it was real!

Now, another announcement by the digital gaming store brought glad tidings of euphoria to gamers. The statement said that both Enter the Gungeon and God’s Trigger are accessible for free.

Enter the Gungeon is a roguelike videogame full of sensational components. To sum it up briefly, Gungeon was made for all those crazy fanatics who live for shooting games.

There are bullets everywhere. A wide selection of firearms is provided in this farcically wonderful game.

While speaking of God’s Trigger, it is a power fantasy game meant for all the quick-witted souls out there who love some electric action.

The game supports both single-player and in split-screen co-op gameplay.

The plot requires one to kill thousands monsters, fiends, demons and earthlings in order to save the world from the apocalypse.

In order to acquire these games, users will have to go to the dedicated pages of both the titles on Epic Games Digital store and add them to their personal virtual libraries.

This way, the games will be owned by gamers for eternity and can be downloaded on the computer whenever desired.

It must be kept in mind that there is a deadline of August 27. Next Thursday, rebooted version of Hitman 3 accompanied by Shadowrun Collection will be available owing to a free giveaway.

Fans are getting excited to play as one of the most evergreen characters in Agent 47 of this stealth game along with trying out the diverse editions like Shadowrun Returns, Shadowrun Dragonfall: Director Cut, and Shadowrun Hong Kong: Extended Edition of the fantasy RPG, Shadowrun.

About Enter the Gungeon

The game was developed by Dodge Roll and is available for platforms like Microsoft Windows, OS X, Linux, PlayStation 4, and Nintendo Switch.

It sold more than 200,000 copies in the first week of its launch and over the upcoming three years crossed the 2 million mark.

The wide array of guns and ammunation, distinct enemy type and fast paced gameplay led to its success throughout the globe.

The plot of this game is based around a group of oddballs who are trying to shoot their way in a gun themed dungeon in order to find their ultimate treasure: the gun that can kill the past.

The user must choose a hero and go out on a quest crowded with minacious gungeon bosses well equipped with lethal weapons.

Developed by One More Level, this action game was is available for platforms like PlayStation 4, Xbox One and Microsoft Windows.

The plot of this game revolves around Harry the angel and Judy the demon who have teamed up to stop the holocaust. As a result, they will have to kill the four horsemen of apocalypse.

The game encompasses a great blend of melee attack combos, special abilities and weapons. It offers both single and multiplayer gameplay with each character having a set of advantages and disadvantages.

Harry is capable of scurring while Judy can teleport herself on a short scale. The blade of Harry’s sword has a restricted extent while Judy’s unique ability of chain-whip has a long range.

On the other hand, Harry can use his invisibility to fight foes whereas Judy relies on her psyche control powers. The entire game is bug-free offering an untroubled, polished experience.