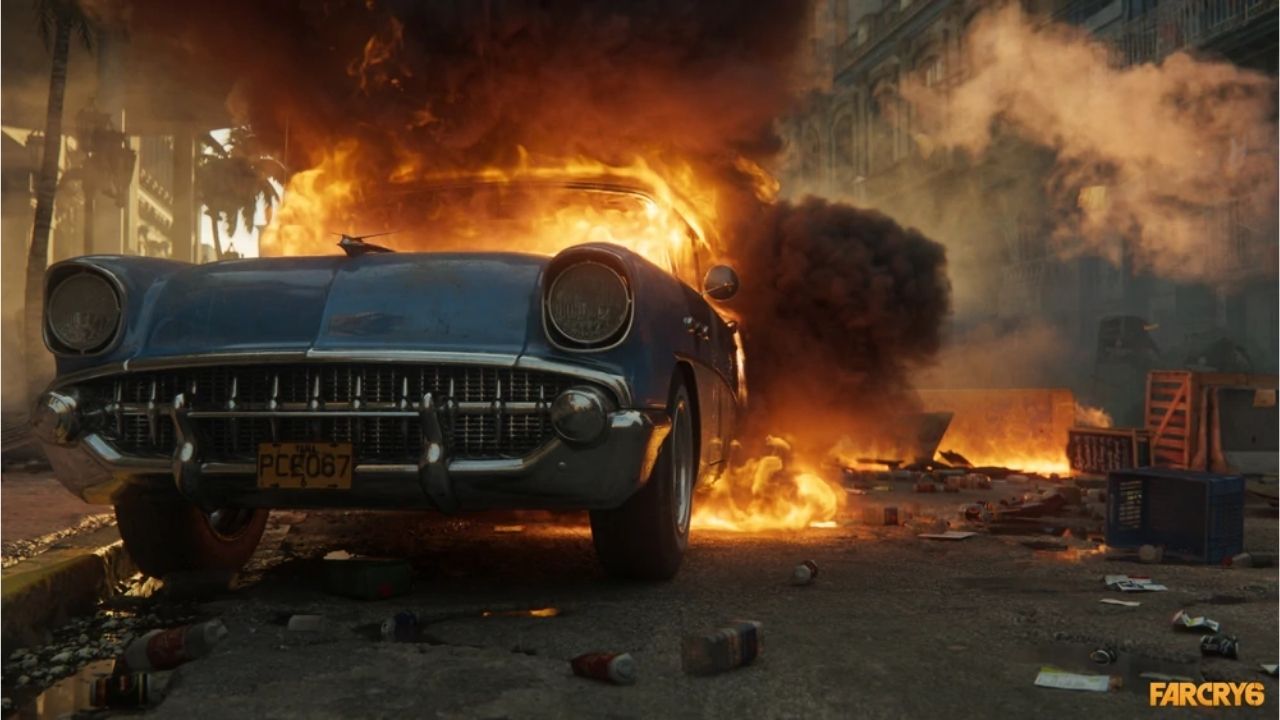 The Far Cry series has been one of Ubisoft’s greatest accomplishments in the world of gaming. Through Far Cry, we fans had visited the tropical islands of the Pacific in Far Cry 3, fought in a war in the mountains of Kyrat in Far Cry 4, traveled back in time in Far Cry Primal, and even faced a dangerous cult in Far Cry 5’s Montana.

Now, Ubisoft has once again outdone themselves to bring back Far Cry 3’s island nostalgia with the new Far Cry 6.

Far Cry 6, launching this October, is set on the premise of a fictional island named Yara, suffering from the torture of their oppressive ruler Anton Castillo. Castillo wants his son Diego to follow in his footsteps, while Diego wants to get away from this oppressive lifestyle. Amidst the power struggle of the father-son duo, our protagonist Dani Rojas, a revolutionary trying to fight for Yara’s freedom, is somehow involved.

The political aspect of the game alone has made tons of fans eagerly wait for its launch. Now that the release is drawing near, I’m sure you also have some questions regarding the game. Here’s everything you need to know about Far Cry 6 before you purchase this much-anticipated game.

However, Far Cry 6 will exclusively be available on PC via Epic Games Store and will not be available on Steam. So, if you’re planning to purchase the game for your gaming PC, make sure to buy it from the correct place.

The Standard Edition for the PC version of Far Cry 6 is priced at $79.90. It includes a copy of the game and a Battlepass to avail some DLCs post-launch.

Now that all the essential information is out of the way, let me tell you precisely what the game is about.

The complex socio-political situation of the Yara islands is based on a real-life scenario inspired by Latin American country Cuba. Like Cuba, this fictional island state Yara is also facing corrupt government and political turmoil. The root of all causes being their autocratic leader Anton Castillo who is dead set on passing down his legacy to his son Diego.

While Yara faces political unrest and downtrodden economic conditions, our protagonist Dani Rojas tries to implement a guerrilla revolution. Amidst the relaxing tropical greenery and bustling Urbanization, Far Cry 6 is much more story-centered than its predecessors making the political theme the main focus of the gameplay.

Although I still don’t know how Dani gets involved in the whole Castillo situation, I am sure their interactions will be entertaining.

Anton Castillo is the main villain of the game. Voiced by Breaking Bad’s Giancarlo Esposito, Anton Castillo is the leader of Yara, which is currently going through an uprising. Anton wants his son to follow in his footsteps and become the next leader to keep the Castillo heritage going.

According to narrative director Navid Khavari, Anton Castillo had seen his own father being executed fifty years ago. That kind of early trauma may have shaped Anton’s views on leadership and the people of Yara, resulting in his behavior towards his son.

Diego is the 13-year old son of Anton Castillo. Voiced by Criminal Minds’ Anthony Gonzalez, Diego wants nothing but to get away from his father’s hold and escape the island. Diego might seek Dani’s help to take down his father and get off the island once and for all.

Dani Rojas, the game’s main protagonist, had left the military to join the revolutionaries after witnessing Anton Castillo’s brutality. Dani’s involvement will shape Far Cry 6’s storyline and have a significant impact on the people of Yara.

READ:  Far Cry 6 Has Something for Players Even After the Story is Over

This is not the first time Far Cry has introduced an option to let players choose the main protagonist’s gender. Far Cry 5 also had the same mechanics, and now Far Cry 6 is also implementing the same and giving you the choice of either playing as a male or as a female Dani Rojas.

The developers at Ubisoft have already confirmed that the protagonist’s gender will not affect the storyline whatsoever. So, players are free to choose whichever gender they’d prefer.

Much like the earlier Far Cry games, Far Cry 6 will also be an open-world FPS experience. But there is still much more to the game than just the same old mechanics. For instance, the developers have confirmed that mission location will appear via images texted to the protagonist’s phone instead of the regular pinged marker.

Players will also be able to parkour through the rooftops of Yara houses, run through the back alleys, and even ride vintage cars.

Another addition to this tropical setting is the inclusion of the Amigos. Instead of the guns for hire system found in the previous games, this time, Far Cry 6 will have animals assisting Dani, known as Amigos. The animals include a handicapped dog named Chorizo and a crocodile named Guapo. Players will also be able to ride horses and use them as transportation.

Another thing you can look forward to is the inclusion of modern-day guns and weapons.

Although not yet confirmed by Ubisoft, Far Cry 6 will probably have a Co-op soon. Players will be able to invite their friends to join a mission and level up faster. However, the cleared missions will carry over only to the player’s gameplay and not the other party’s.

READ:  High Notoriety in Far Cry 6 Will Lead to Enemies Recognizing You

Far Cry 6 has some super cool DLCs lined up post-launch. According to the post-launch roadmap, there will be weekly insurgencies, some special operations during October and November 2021, and three new crossover missions, including one with Danny Trejo, Rambo, and a Stranger Things mission.

As much as Far Cry 6 wants to focus on the political storyline of the game and wants fans to delve into Yara’s politics, I feel like these DLCs will commercialize the game more than focus on the socio-political messages it’s trying to send to the audience.

If you’re a big Far Cry fanatic and have loved all the games in the franchise, then I am sure you will love Far Cry 6 as well. Even if you haven’t tested out the previous games before, the open world and highly explorable aspect of the game is worth it, in my opinion. And who can forget about the outstanding graphics quality that we can see just from the trailers alone!

All in all, let’s just say Far Cry 6 is a game you don’t want to miss out on. So, hurry up and pre-order now to once again dive into the tropical waters of Yara island.

Getting Far Cry 6? You Will Need this Much Storage Space on the PS5
Get Far Cry 6 on: