It has hardly been a few weeks since the release of Genshin Impact. But it seems that the game has already made its mark in the gaming industry. Within a span of a fortnight, Genshin Impact has made over $100 million.

I played the game on my mobile and honestly, it was hard to find faults in it. Being an open-world adventure game, Genshin Impact packs a wonderfully vivid world that is full of magical creatures.

Initially, when I heard about it, I had zero expectations. To my surprise, Genshin Impact was so compelling that I found myself sacrificing sleep just to play one more quest.

Genshin is already considered to be one of the finest underdog game out there and that is why besides the Asian markets, the USA and European countries are also drooling over it.

Given Genshin Impact’s gargantuan popularity, Senior analyst at Niko Partners, Daniel Ahmad calculated that the game has already passed the $100 million landmark. To support this statement, he gave a whole lot of proof:

A piece of news emerged a few weeks back which said that devs miHoYo spent a grand total of $100 million for the marketing of Genshin Impact. Such enormous sums of money are equivalent to the budget of top Hollywood movies.

This is where the developers deserve some praise as they left no stone unturned to deliver an enthralling experience. Now, they certainly are enjoying the fruit of their hard work and risk. The game within 14 days has recouped the entire development cost.

A thrilling plot, mesmerizing gameplay, and breathtaking graphics are obviously the most important factors behind Genshin Impact’s commercial success.

But despite such elements, the fact that the game houses a “gacha-style” system that supports developers monetarily.

Among Asian countries, Gacha or loot box system is very sought-after as it helps with microtransactions.

To read more about Genshin Impact, one can go to genshin.mihoyo.com 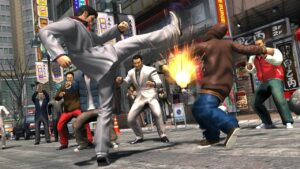