Word on the street is that GTA V Enhanced might launch on PS5 and Xbox Series X/S using Red Dead Redemption 2’s game engine. This rumour started circulating on the internet after a reliable ‘GTA insider’ revealed it.

There is no chance that you can hear anything negative about RDRP2 from any gamer when it comes to visuals. The way Rockstar has presented the antique ‘cowboy theme’ that Red Dead Redemption is all about is praiseworthy.

The simulations are so exceptional that you can get an authentic taste of the Wild West while living in an era of digital genius.

“Found out new structs that were added with the recent update relating to the standalone version and one of them is “rage::fwuiMessageBase”, which is from RDR2’s RAGE version, so that seems to go along what @Spider-Vice & @uNi stated, that the enhanced edition is likely to utilize RDR2’s RAGE version”

Talking about this news on the GTA forums, Tez2 also clarified that the updated RAGE engine will only be utilized for the UI, whereas other aspects of the game will still use the old engine.

However, if the developers reject the old system that the 2014 GTA V used and opt for the latest one, fans would be in for quite a ride!

Rockstar has already promised a game with improved visuals and enhanced performance. Thus, using a new engine will do justice to both the franchise and the next-gen consoles. 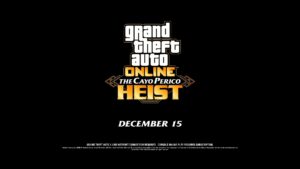