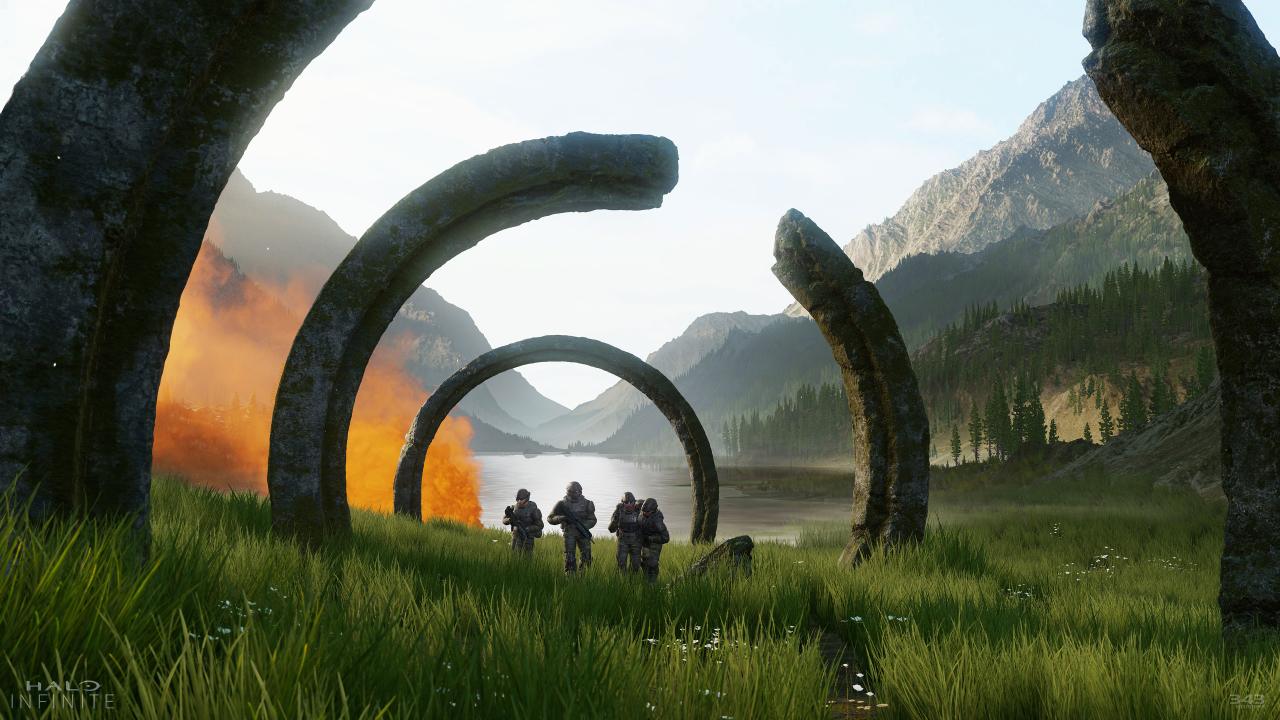 The Halo series is available in parts on PC, but Halo Infinite is the big project aiming to show that cross-platform gaming can be done effectively. In a recent video, 343 Industries revealed that they have plans to include several highly requested features in the game.

Halo Infinite is looking like a true labor of love from 343, who are doing everything in their power to capture the nostalgic essence of Halo and include the technological marvels of the present day. The studio has stated that “Halo Infinite was built from the ground-up for PC.” 343 will be implementing ray-tracing, LAN party support, ranked matchmaking, and Discord integration.

Ultrawide monitor and super ultrawide monitor support will be available right from launch, while ray-tracing will be coming a little while after. LAN parties will be able to work cross-platform as well, so some players can use an Xbox while others can be playing on PC. On the online front, 343 Industries is working to integrate Steam, Discord, and Xbox Game Pass to make connecting with friends easy regardless of platform.

Another standout feature is cross-platform save files. If you are playing Infinite’s campaign on console, your save file will automatically transfer to PC and vice-versa. This will allow you to choose where and how you want to experience Halo Infinite. This feature extends to multiplayer progression with rank and customizations too.

The studio has spoken about the challenge in balancing mouse and keyboard gameplay with controller gameplay, so they have decided to give players a choice. You will be able to play ranked with a controller, mouse & keyboard, or both; it’s entirely on your preference.

343 Industries has also teamed up with Razer and AMD. The Ryzen-chip producer is helping to implement ray-tracing and make Halo Infinite run as smoothly as possible on PC at the highest settings. A Halo Infinite-themed graphics card is also planned and will be the most powerful one by AMD to date.

Named the Radeon RX 6900 XT Halo Infinite Limited Edition graphics card, it is inspired by Master Chief’s new Mjolnir armor. However, these will not be available for retail purchase. Those interested will be able to win one through a giveaway announced on the AMD Radeon and Halo social media accounts.

Razer will launch custom Halo-themed peripherals such as a keyboard and mouse that will react to on-screen gameplay with RGB lights. We’re coming very close to the final launch of Halo Infinite, and with so much information about the game, everyone is eager to finally get their hands on the game and their feet in Master Chief’s boots.