Genshin Impact has already generated quite a lot of revenue in the initial two weeks from the free to play model. A free cost model, such as Genshin Impact, is quite complex to generate substantial income from.

Genshin Impact, developed by miHoYo, offers a massive JRPG experience, which, for the most part, feels inspired by Zelda: BotW.

Players should be aware that this is not an MMO by any means, and the game mechanisms validate that too.

Genshin Impact is free to play on several platforms such as Windows, PS4, Android, and iOS. After the initial launch, the game soon hit the top spots on leaderboards and is printing money.

Genshin Impact, being free-to-play, relies on the in-game gacha store for most of its revenue generation. Players can spend both in-game and real-world currency in the store to get rare items.

Given how much microtransactions are hated in the gaming world, one would be inclined to think that they do not contribute much towards a game’s revenue, but that is not always the case.

1. How is Genshin Impact Generating Revenue

According to the developers, the game’s development cost was just shy of $100 million, and the game has recovered that amount plus some change in just two weeks.

China, Japan, Korea, and the US are the top markets for free-to-play games, and Genshin Impact has already reached the number 2 spot in most grossing games in the apple app store.

The game has more than 23 million downloads on Android and iOS combined.

Genshin Impact is unlocked for free; the only place you can spend money is the in-game shop. The shop employs a ‘gacha’ system, gacha means capsule toy vending machines in Japanese. In essence, when you buy an item in the shop, you only get a chance to get the item you wanted.

2. How The Gacha System Works

The gacha system works like the western counterpart, called crates or loot boxes that you unlock with game currency. You never know what you might end up getting; there is a chance you get a knife in CS: GO or just an average joe skin.

Genshin Impact does not force the gacha system in your face. On the other hand, you are awarded in-game currency as you progress that you can spend to try your luck in the gacha system.

This in-game currency can also be bought with real-life currency using just your credit card. This is essentially the core way the game makes money.

Gacha systems are quite addictive, and players have spent hundreds, if not thousands of dollars into these online stores.

3. Does Genshin Impact Have Ads To Generate Revenue?

Genshin Impact relies solely on in-game microtransactions for revenue, and there are no ads as of now inside the game.

The developers did spend a lot on physical advertisements of the game itself, with many Reddit users finding advertisements for Genshin Impact inside metro trains in Japan.

Genshin Impact tries to strike a balance between microtransactions and gameplay. The game’s gacha system is not too in your face but not too hidden either, thus generating the game makers’ revenue while letting the players enjoy the game.

4. Where to Get Genshin Impact 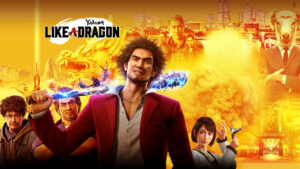