How long does it take to beat Gotham Knights? Main Story & 100% Completion 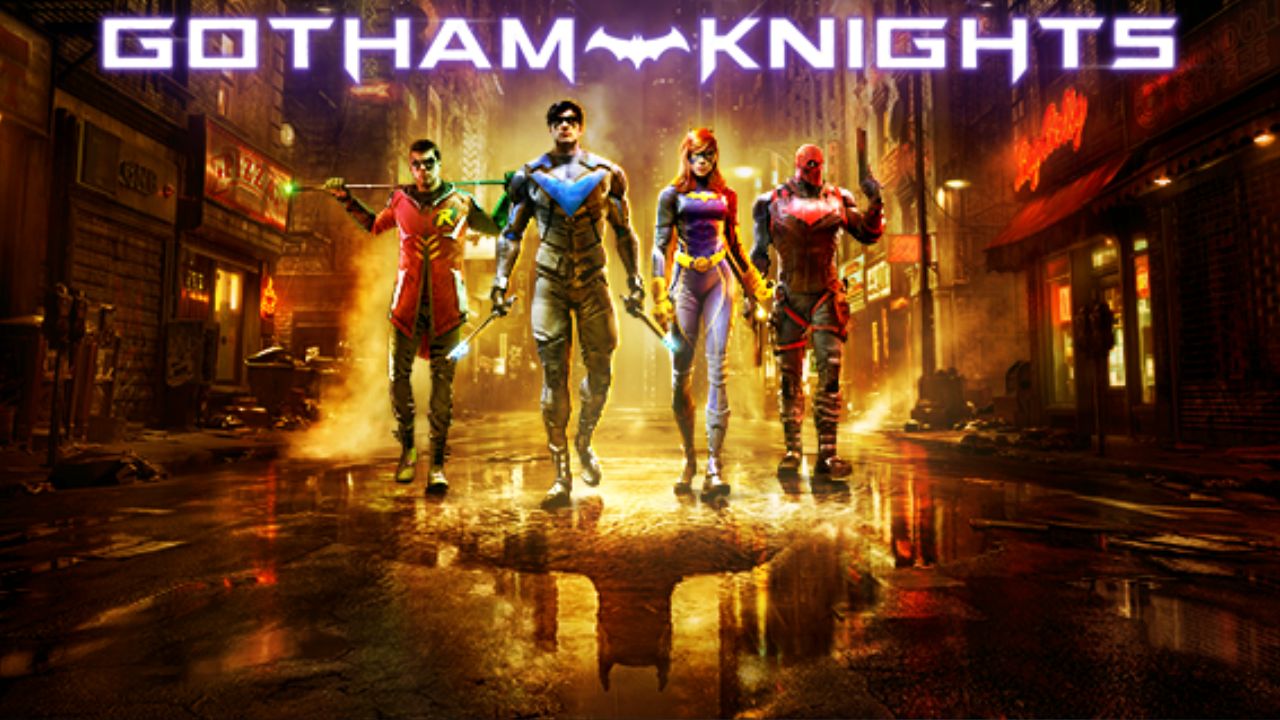 In a post-Batman world, Robin, Batgirl, Nightwing, and Red Hood must combat the Court of Owls and the League of Shadows to protect the city of Gotham.

Whether or not you’re familiar with the Gotham Knights television series or the Batman Arkham games, you’re in for a totally unique experience with Gotham Knights.

Gotham City has never been this intricately detailed before, and due to the open-world format, players can expect to be kept happily busy for a long time.

Gotham Knights takes an average of 16 hours to beat the main story, plus an extra 12 hours to finish side missions. The complete Gotham Knights gameplay (100% completion) should take you a minimum of 40 hours, including completing street crimes and finding all collectibles.

Some players have reported taking a mere 15-18 hours to complete the main story and side missions together, but this is possible only if you rush through the content.

1. How many levels are there in Gotham Knights? What’s the highest level? How long to complete?

Gotham Knights has a 30-level cap, which can be increased to level 40 with New Game Plus (NG+). Once you are through with the main story for the first time, you can run the second gameplay – NG+ – and do new missions and added side missions.

NG+ can only be unlocked after you finish the main game with a max level of 30. This can be done by stopping all premeditated crimes, grabbing all possible collectible items, and fighting high-level enemies. Experience (XP) can also be gained by playing in multiplayer since Gotham Knights is a co-op RPG.

With NG+, you can replay the full game with all your unlocked content, including outfits, gear, and increased enemy level while retaining your progress from the previous playthrough.

Players aiming for a completionist run of the game, must beat NG+, which has an increased difficulty, and will thus take more time. This is why you can expect approximately 43 hours of gameplay to beat the main story, side missions, NG+, and the 3 side investigations.

2. How many Difficulty levels in Gotham Knights? What Difficulty to play on?

The Normal mode will allow you to fight moderately difficult enemies, while the Hard mode is perfect if you’re a hardcore gamer, who is up for the challenge to complete complex missions and defeat crafty villains.

The Hard level is most effective if you’re looking to level up your character and make full use of the game’s RPG experience.

3. Is Gotham Knights a short game?

When Gotham Knights was first released, most people considered it a short game to play, especially in comparison to Arkham City and Spiderman. But Gotham Knights may just be the longest Batman game yet, with the sprawling city of Gotham in an open-world structure.

There is plenty to do in Gotham Knights, from patrolling and customizing new suits, gear, and weapons, to stopping and fighting crime to level up your Knight.

The longest some players have played crosses 70 hours. This is mainly because they like unlocking traversal abilities for each character, challenges that lead to heroic traversal, tools for stealth and combat, customizing builds, playing multiplayer, and generally just exploring and taking in the feel of Gotham City.

The main story of Gotham Knights is split into 8 chapters or cases, each with various sub-cases or missions. They are:

Case 07: The League of Shadows

Additionally, there are also 3 Supervillain side cases, which you can do after the main story. They are:

Post the main campaign, you can start in New Game Plus, which serves as Gotham Knights’ endgame content.

5. Is there DLC for Gotham Knights? How long are the DLCs?

This DLC has exclusive items like gear, featuring KnightWatch Transmog, designed by DC’s Jim Lee, and the Batman Beyond inspired Beyond Suitstyle.

READ:  How long does it take to beat Gotham Knights? Main Story & 100% Completion

Since the Gotham Knights DLC – Visionary Pack only includes additional cosmetic items, it does not impact game completion time.

6. Is Gotham Knights worth it?

Gotham Knights is a great game if you are a Bonafide Batman fan. It has an engaging story backed by the DC source material and plenty to do in terms of missions and battles. But it does have some repetitive gameplay and considerable grinding. Further, the 30 frames per second does cause some performance issues.

What makes Gotham Knights worth is its replay value. Even though the game is not particularly lengthy, it is layered so that players can replay it as different characters, each with exclusive abilities and skills, which unlocks a new perspective into the game.

Plus, because of the way it is structured, players can either crawl or run through the game, depending on their individual goals.

You can play 8 hours and still be on your first main mission; this could either be because you’re playing in Hard mode, or because you’re taking care of all the crime popping up and looking for different collectibles.

The multiplayer mode also adds to its worth. The Heroic Assault gameplay mode allows up to 4 players to play in online co-op in a separate story campaign.

This, along with New Game Plus, gives players a lot to do even after the end credits roll. It also increases their completion time, so if you’re a completionist, you have several hours before you as a Knight in Gotham City.

Gotham Knights is an upcoming action RPG being developed by WB Games Montreal and published by Warner Bros. Interactive Entertainment. The game borrows gameplay elements and styles from the Arkham trilogy but is not considered to be in the same timeline.

Set in the gritty and lawless city of Gotham, Gotham Knights is the newest addition to the Batman brawler style series where players can choose between one of the four Batfamily characters: Batgirl, Robin, Nightwing and Red Hood.

Gotham Knights offers players the chance to explore the most dynamic and interactive version of Gotham City to date. Go solo or team up with your friend for co-op play and rid the streets of Gotham of any and all criminal activity. 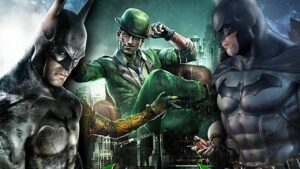 Easy Guide to Playing the Batman Series in Order – What to play first? 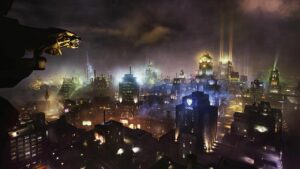 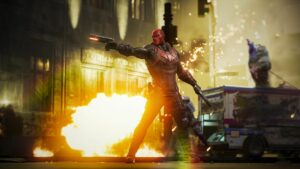 Gotham Knights is Capped at 30 FPS on Console, Won’t Include a Performance Mode