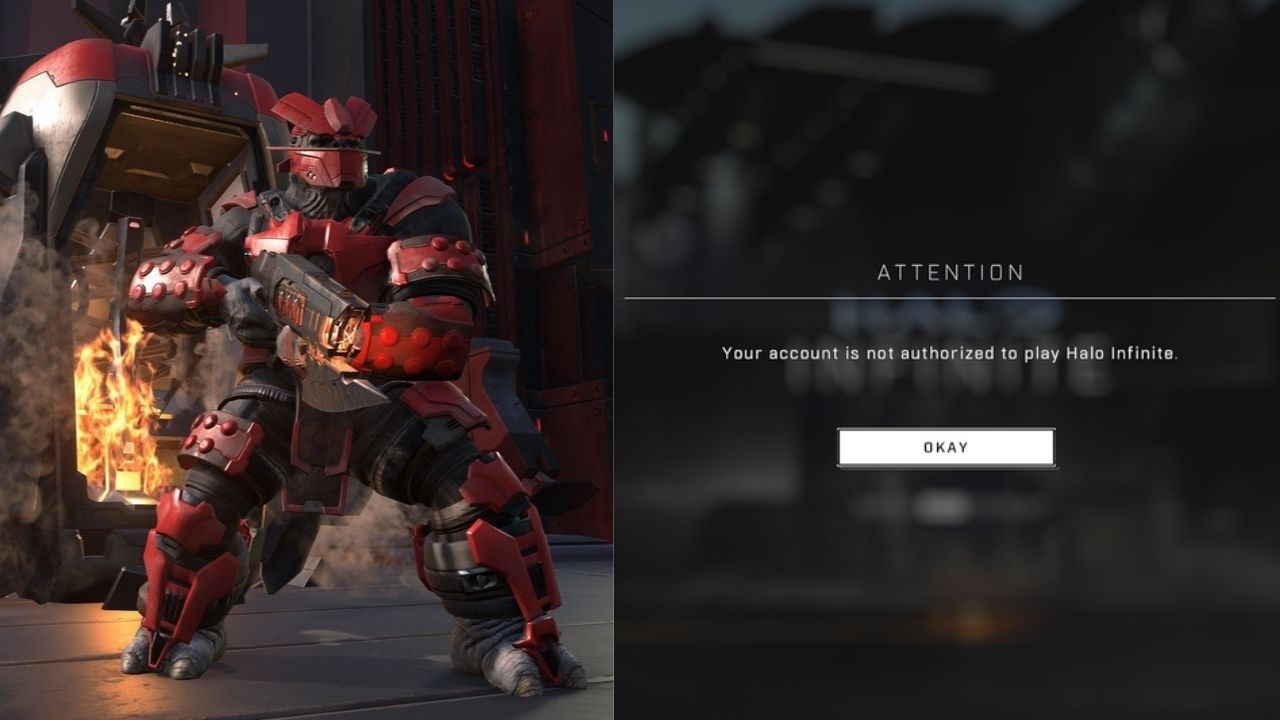 As Q4 closes in, every gamer is anticipating the release of Halo Infinite – the newest addition to the ever-popular Halo series. Not only is Halo Infinite bringing the same old Halo-esque nostalgia to the table, but Master Chief is also returning to continue his Halo journey.

Halo Infinite did several playtests on the game’s servers, planning to surpass its predecessor’s in-game mechanics and gameplay. But what left many playtesters in shock was the scary black screen of “Your account is not authorized to play Halo Infinite” while launching the game.

If you’re also experiencing this bug while playtesting, don’t worry, this is way more common than you think. Here are a few fixes you can try out to solve this problem.

The first and quickest possible fix is just to shut down your game entirely and restart it once again. If you’re on PC, you can restart Steam and load up the game once again, and if you’re an Xbox user, you can try shutting down your console before restarting it back up.

Another possible fix is to visit the Halo Insider Page and check your Xbox/Microsoft account credentials to see if you have the correct account signed in. If you have a valid account, try resetting your current password and logging in once again.

The final fix you can try is, re-register for the next Halo beta test starting on and from September 30th. In rare cases, players have reported signing up for the beta using their wrong email addresses, causing the unauthorized menu to pop up.

You can re-apply to the beta testing by visiting the Halo Insider page and clicking the Signup button provided. Then all you have to do is register your credentials and wait for Halo’s confirmation email.

But if all fixes fail, you have to give feedback to the Halo Waypoint Support page and state the issue you’re having.

Hopefully, this fixes your problem, and you’re able to test the game to your heart’s content before you get your hands on the actual Halo Infinite coming this December 8th, 2021.