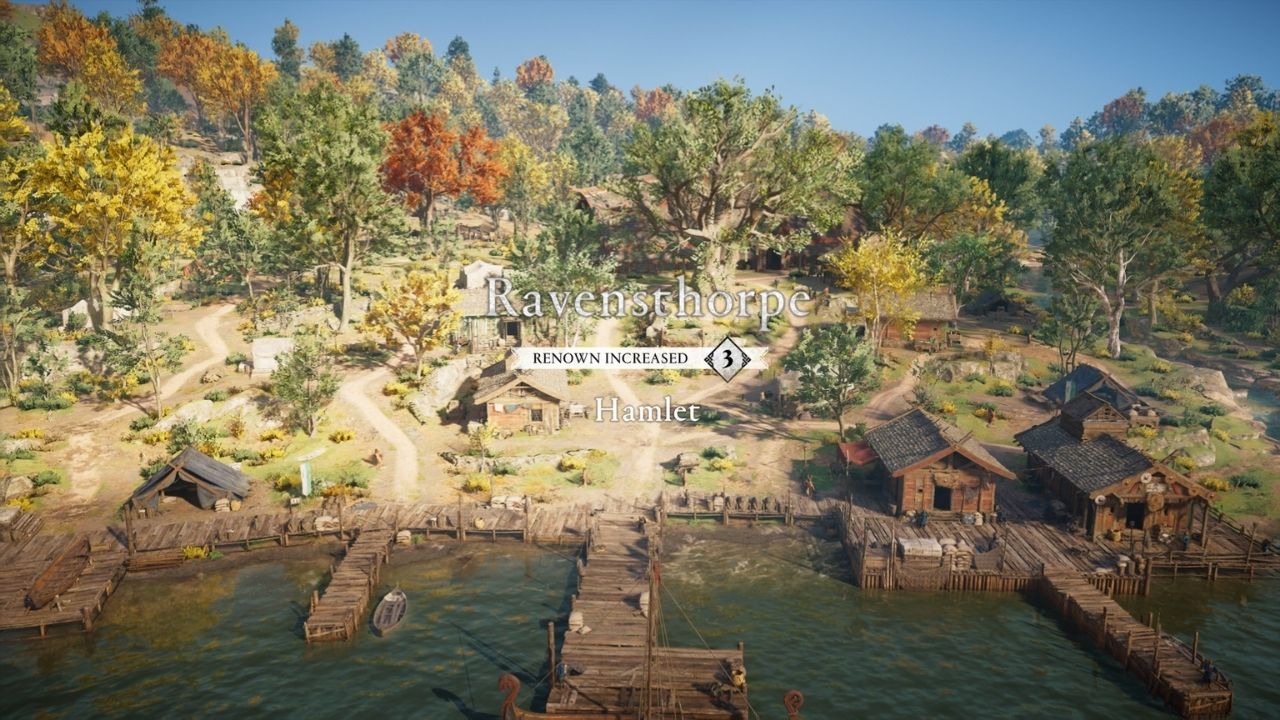 Just the place to help you upgrade your Settlement to Level 6 in AC Valhalla!

Unable to upgrade your settlements in AC Valhalla to level 6? Don’t worry; you are not alone. It has been reported that the village level of many Valhalla players won’t go beyond level 5, no matter what you do. Luckily, there is a way to solve this glitch and we’ll show you how in this guide.

If you face the settlement bug in Assassin’s Creed Valhalla, then it might be your raven’s fault. This bug makes the raven overlook a plethora of places in your village that require upgrades.

The only method to fix the Settlement Bug is to explore the entire town and examine if each building needs an upgrade manually. Interact with all the signposts that you can see and check if an installation requires a touch-up. This will help you overcome the bug and take your Settlement to Level 6.

Buildings like fowl farm, Hunwald & Swanburrow’s house, and the house between the stables and the Roman museum often escape the attention of your raven but require upgrades.

You can rely on both the bird and Odin’s Sight to search for the buildings that can be enhanced. Such facilities often have a green icon around them.

But if this doesn’t work, you will have to utilize the good old-fashioned travelling approach and check out your entire village. Go around here and there looking for the missing piece and upgrade it.

2. What is the Settlement bug in Assassin’s Creed Valhalla?

Assassin’s Creed Valhalla Settlement bug is an issue that will not allow you to upgrade your Level 5 Settlement to Level 6. Even if you have built all the necessary buildings and structures in your settlement, it just won’t touch the Level 6 milestone.

The progression bar is usually stuck at Level 5/6, yet the settlement never upgrades. As of now, the only solution is to manually search and upgrade the buildings that the raven isn’t showing.

All About AC Valhalla’s Unlockable Assassination and Stealth Skills
Get Assassin’s Creed Valhalla on: