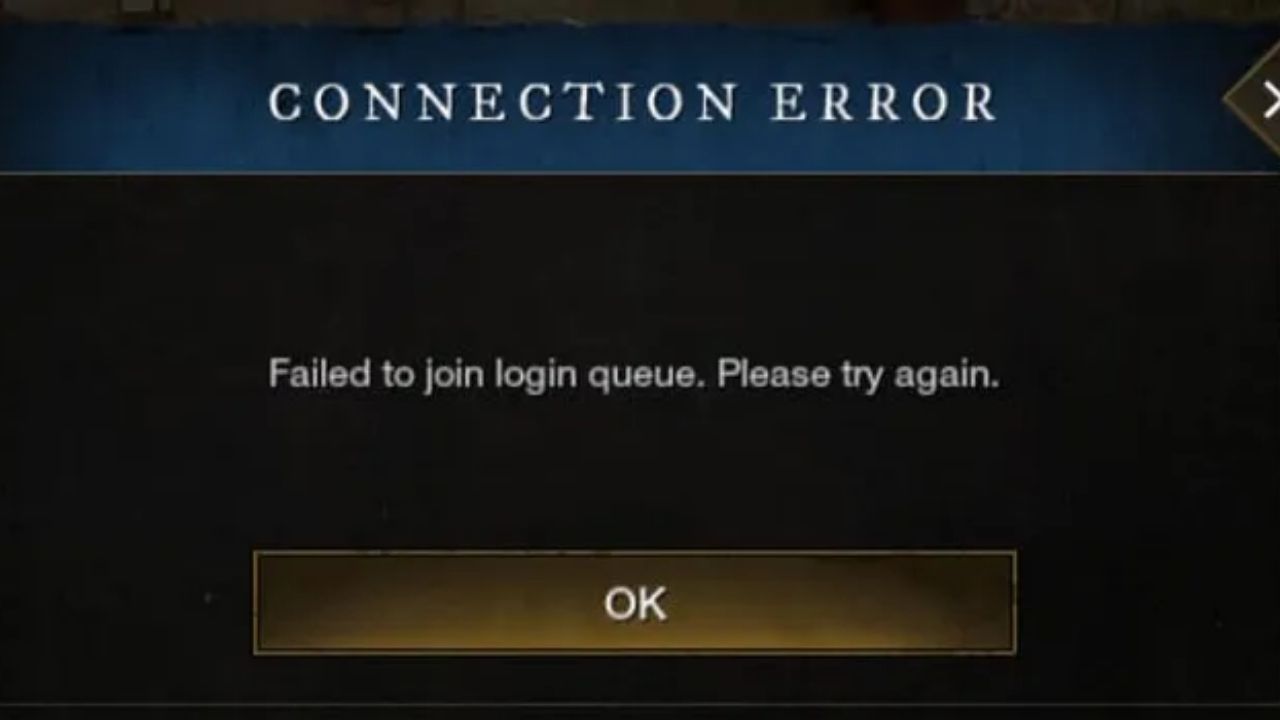 We all are already well aware of the cesspool of server overload that didn’t allow gamers to dive into the island of Aeternum. Unfortunately, it seems the nightmare is far from over as it has now manifested itself in the form of ‘New World Failed To Join Login Queue. Please Try Again’ connection error.

This error message is indeed the reincarnation of evil as it suggests that your system didn’t connect to New World servers, and you’ll have to play the waiting game all over again!

Imagine being in a long queue of hundreds and thousands to play New World only to be notified that you can’t enter the MMO. Hurts, right? Thankfully, there are a few methods you can follow to ensure you don’t become the victim of this error.

It must be kept in mind that there is no official fix for the ‘Failed to join login queue’ error in New World. But the good news is that the devs are fully aware of this issue and working on getting rid of it.

While Amazon finds a fix for this error message, you, as an enthusiast, should ensure that your internet connection is stable. For this purpose, you can safelist New World in firewall settings, flush your DNS, and disable IPv6.

I. Checking your Internet Connection

Run Command Prompt as an administrator and enter the following commands:

If the application of these methods does not work out, you are at the developers’ mercy! Hopefully, this error issue will be addressed shortly, and who knows, we might see new servers being added to the game as well.