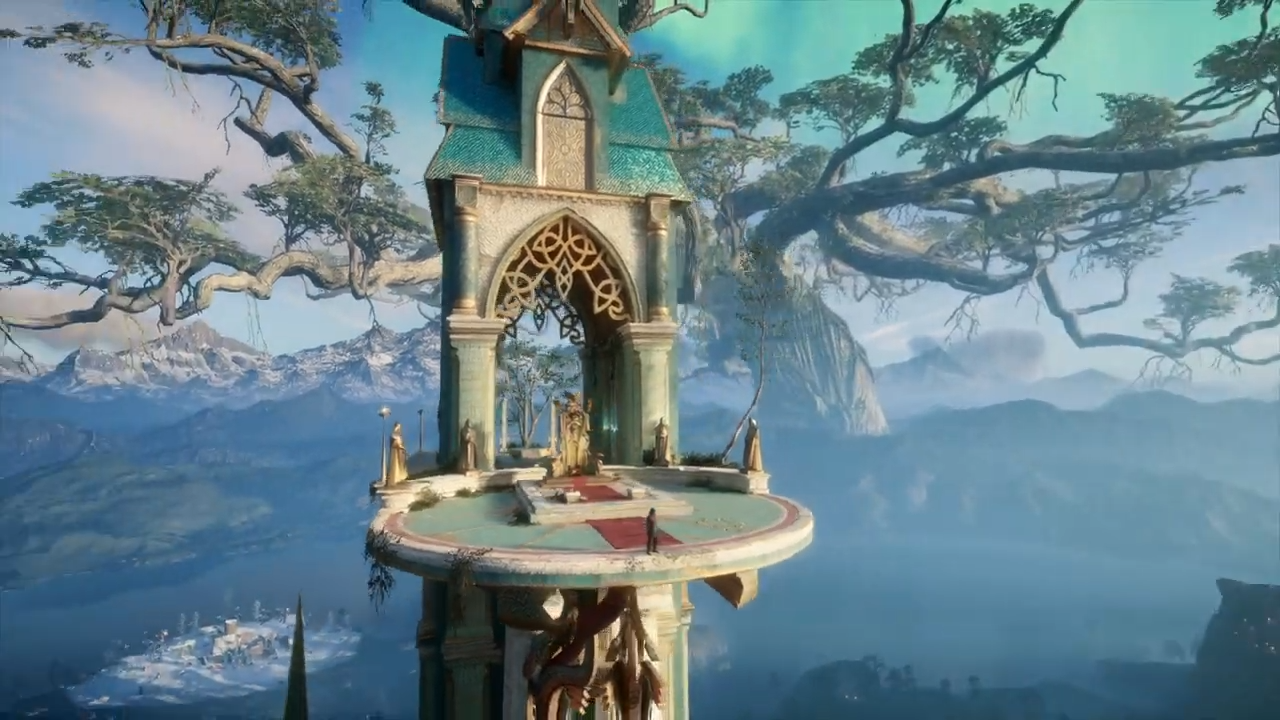 Entering and leaving Asgard can get tricky. Therefore this guide will tell you how to get in and exit from Asgard.

1. How to Enter Asgard in Assassin’s Creed Valhalla?

To enter Asgard in Assassin’s Creed Valhalla, players will have to drink a hallucinatory potion brewed by Valka the Seer.

Once you reach Settlement Level 4, Valka will come to reside in your settlement after a long sail journey. Her arrival will open a new questline for Eivor.

Players will have to collect herbs for Valka. Using those plants and herbs, Valka will create the trippy potion. Eivor will pass out after drinking Valka’s potion and wake up in Asgard as Havi.

Home to Norse gods, Asgard will offer its own narrative. You will be able to bask in the breathtaking beauty of the realm. When done with it, you can leave Asgard too.

Note: Power Level of Asgard is 90. If Eivor’s power level is below 60, avoid going to Asgard as things will get challenging.

2. How to leave Asgard in Assassin’s Creed Valhalla?

To leave Asgard, players will have to reach the well of Urdr. From there, click on the eye symbol and select the wake-up option. As a result, Eivor will be back in Ravensthorpe.

3. Is It Possible to Return to Asgard in Assassin’s Creed Valhalla?

It is possible to return to Asgard in AC Valhalla. To go back to the fantasy world, arrive at Seer’s tent and drink the hallucinogenic potion that Valka prepared. Consequently, you’ll find yourself in Asgard.