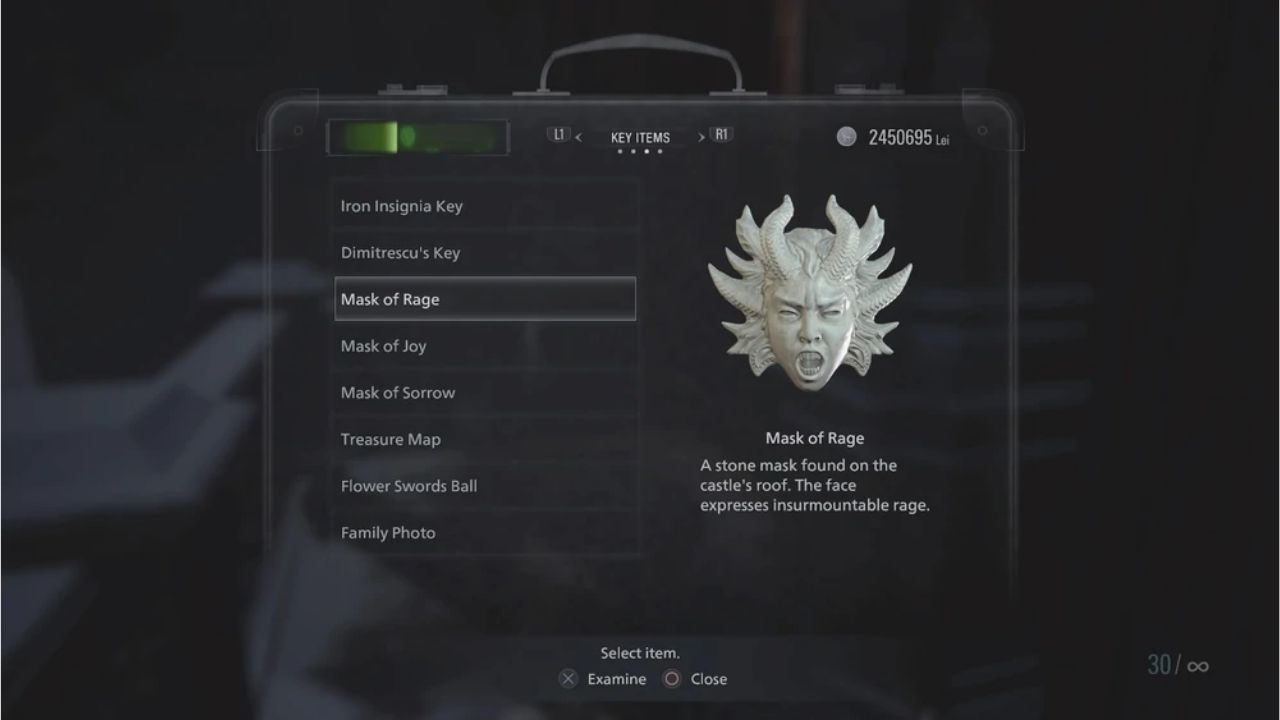 Ethan Winters’ venture into Castle Dimitrescu made him get trapped inside the large building with the constant threat of losing his life to Lady Dimitrescu and her evil daughters. The only way out of the Castle was to collect all four Angel Masks and placing them onto their proper pedestals in the Hall of Four before attempting to escape. Amongst these elusive masks is the hard-to-locate “Mask of Rage.”

This Mask of Rage is the third mask players need to collect to progress Ethan’s story forward. But locating, collecting, and placing it on the pedestal is not that easy when there’s a blood-thirsty Madam Dimitrescu lurking behind. Here’s a quick guide to making things a bit easier.

First things first, you do need to collect and place the Masks of Joy and Sorrow before moving on to the rage one.

1. How to get the Mask of Rage in Resident Evil Village?

The Mask of Rage can be found on the Castle Dimitrescu rooftops, inside the Tower of Rage located right next to the Belfry. The Belfry and Tower of Rage will be connected via a zip line, and players need to use it to collect the mask.

The rooftops and the area around the Belfry are filled with flying monsters. So, make sure to pick up the Sniper Rifle in the attic and take down those flying vermin.

To get to the Bellfry, you do need to solve a bell puzzle room. At this point in time, the game will probably let you access a place called Atelier right next to the Hall of Joy. Here players need to shoot five bells to unlock a special area leading up to the attic.

2. How to Solve the Atelier Hidden Bell Puzzle in Resident Evil Village?

To solve the Atelier Hidden Bell puzzle, players need to shoot a total of five golden bells hidden in the area to unlock the secret passage to the attic. While some bells are hidden in plain sight, the last bell is located right outside the Atelier window hanging far in the distance.

Just a tip- It is better to use a knife on the bells located close by to save some gun ammo.

Once all the bells are destroyed, the big painting inside the Atelier will open to reveal a secret passage leading up to the attic. The attic also stores a Sniper Rifle, some ammo, and a clue regarding the ancient blade.

This attic then connects to the Belfry, from which players can zipline to the Tower of Rage and collect the mask before taking the elevator down to the Hall of Four.

3. All the Angel Mask Locations

There are a total of four masks that players need to collect to leave Castle Dimitrescu and trigger the ultimate Lady Dimistrescu boss fight. The masks are Sorrow, Joy, Rage, and Pleasure.

Once every mask is placed, get ready to delve into the ultimate Dimitrescu boss fight before you go guns-a-blazing trying to fight the tall vampire lady.