How to get the Wing Axe? – Assassin’s Creed: Valhalla 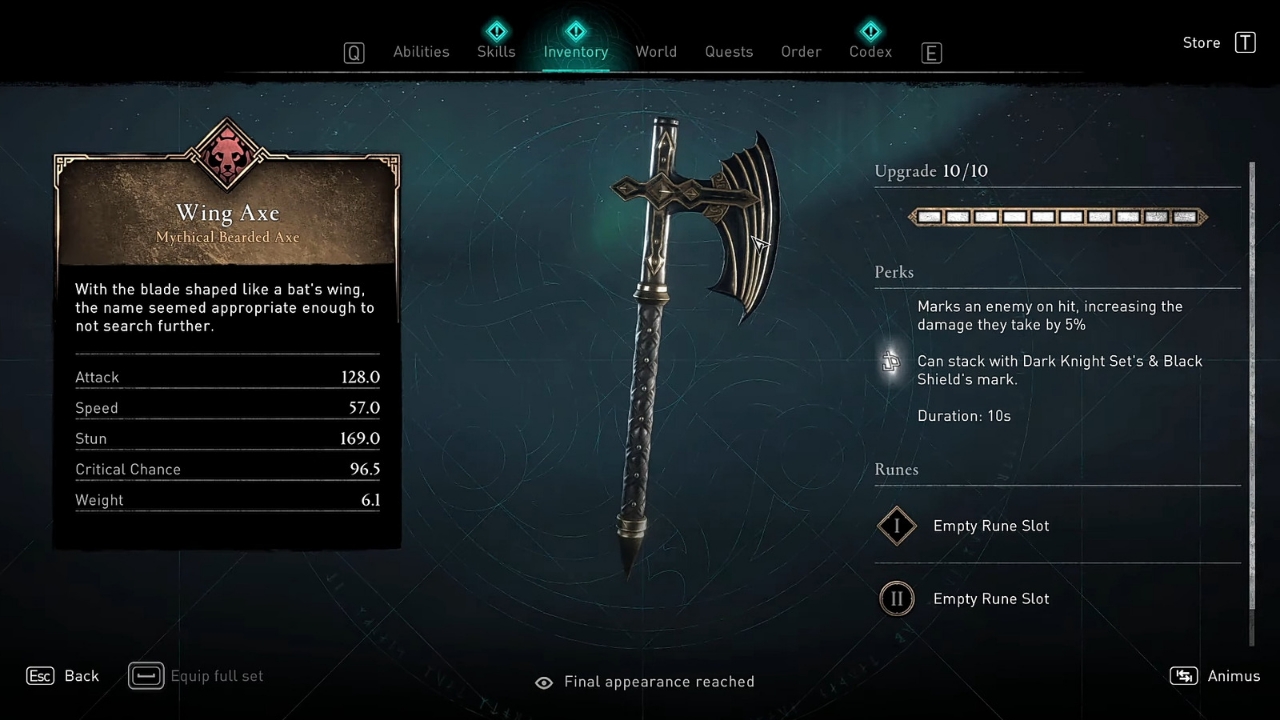 Assassin’s Creed: Valhalla has tons of weapons that you can use and upgrade. Some of these weapons are obtained while others can be bought from shops. Many weapons can also be obtained through purchasing downloadable content packs.

You can obtain the Wing Axe by purchasing the Dark Knight Pack. The pack can be bought for 2000 Helix Credits in the Helix Store. It is a DLC content pack in the game. You can also buy it from Reda’s Shop in the settlement of Ravensthorpe in England.

As of now, the Wing Axe isn’t in Reda’s shop though it might return in the future but there’s no confirmation for that. Since the shop rotates daily and weekly, it’s difficult to predict when it will appear in the shop again. But there are still other items that you can purchase from the shop.

Contents
What does the Wing Axe do?
Is the Dark Knight Set worth it?
About Assassin’s Creed Valhalla

What does the Wing Axe do?

The Wing Axe is a battle axe which is shaped like a bat’s wing, hence the name Wing Axe. While the Axe doesn’t provide too much damage, it still is a good Axe and could be even better with the right setup.

Is the Dark Knight Set worth it?

While the armor set looks very cool, the stats aren’t the best and there are better armors out there with better stats. But if you really love the look of this armor, then you can buy it and always use transmogs to set this armor’s appearance on another armor which has great stats, but doesn’t look that good.

The reward can take upto 24 hours to appear in Assassin’s Creed: Valhalla. 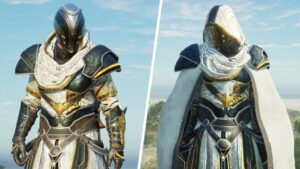 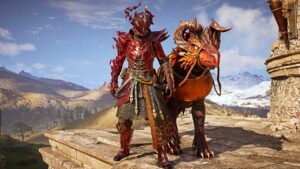 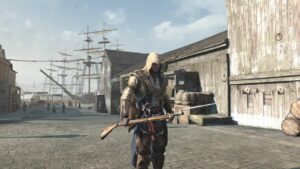 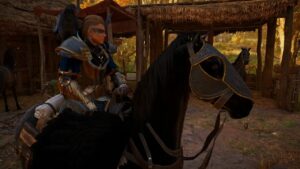