New World: How to Obtain Ill-gotten Gain, the Legendary Earring? 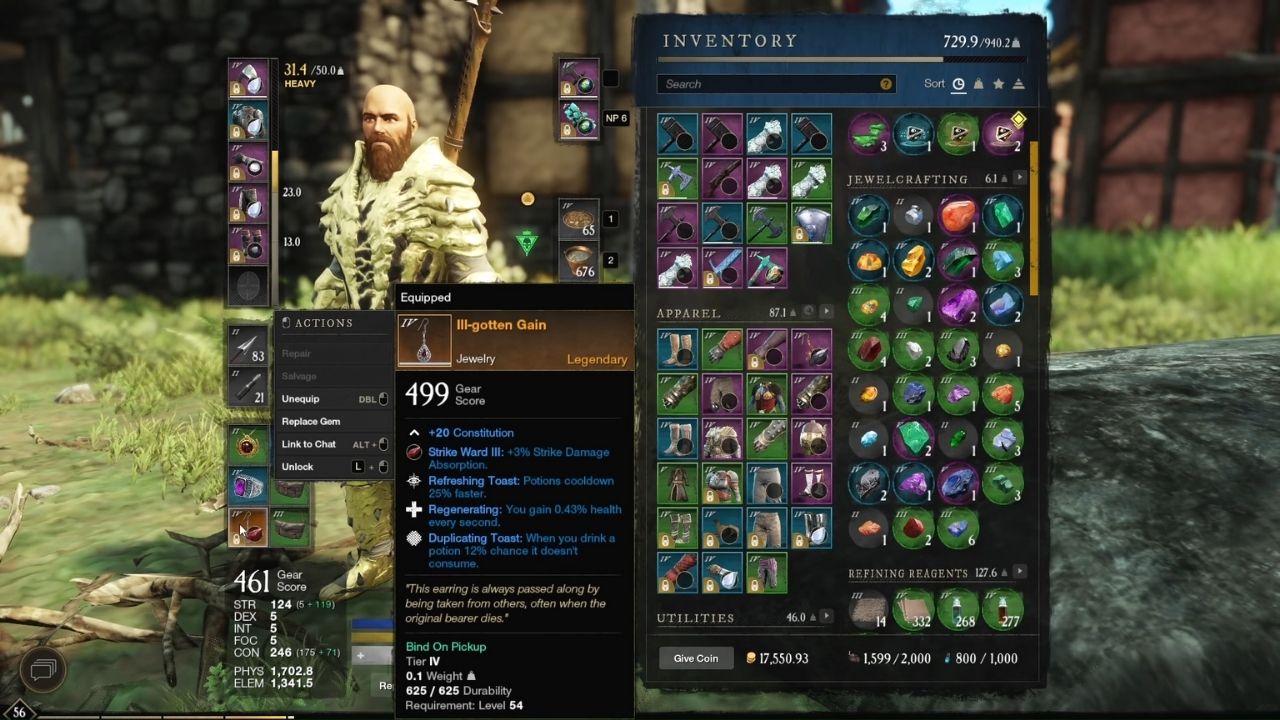 If you are grinding on being the best adventurer Aeternum has ever seen, you cannot turn a blind eye to the Ill-gotten Gain earring in New World. This piece of jewelry is one of the most sought-after items in the MMO that can add immense value to your playstyle.

With Ill-gotten Gain being worth its weight in gold, it’s understandable that masses are trying to acquire it. If you want to obtain and reap its benefits too, our guide is here to help you.

You will have to travel to the lower slag mine, south of Eden Grove, and fight a level 55 boss Foreman Harold. Once the boss is beaten, he will drop Ill-gotten Gain for you to loot!

It is important to remember that in order to get Ill-gotten Gain to drop, players will have to reach level 51 first.

Note: Harold is very weak against Arcane and very strong against Ice.

Since Ill-gotten Gain is a legendary item, its drop rate is low. Therefore, you may have to persistently fight off the boss and pray to God Almighty for the in-demand jewelry to drop eventually. Also, it goes without saying, you will have to acquire the loot before others.

If you are unlucky, you are looking at spending hours to obtain Ill-gotten Gain but believe us when we say it; this isn’t just another jewelry item.

Is it Worth Equipping Ill-gotten Gain in New World?

Ill-gotten Gain is one of the finest items to equip in New World because of the Regenerating perk.

Regenerating allows you to gain 0.4 health every second. While this may seem insignificant, you will need every whit of health when playing PvP to take your game to the highest level.

Furthermore, the jewelry provides us with other perks as well:

It is because of such benefits that Ill-gotten Gain is a must-have!