The tussle between gamers and miners to get their hands on the latest RTX 30 Series card is a pandemic era tale that is still prevalent. Nvidia owns the battleground, and they are the makers who shall decide the laws of the war (In reality, though, I don’t think they care anything more about their profits, but this is not a business ethics class).

It all started with Nvidia pushing a driver update that lowered the ETH hash rate of RTX 30 Series cards making them less profitable from a mining point of view. It was only a matter of time before this software limit was overcome.

With the more or less failed attempt to restrict mining on a software level, Nvidia moved to a lower level to impose restrictions on the hardware architecture.

In comes the LHR cards. Nvidia LHR or Lite Hash Rate (LHR) GPUs turn down the ETH Hashrate to approximately half of the actual potential to lower mining profitability. With so many different tactics employed by Nvidia, there are a bunch of different generations of LHR cards floating around the market. Which one you have makes all the difference in the mining performance you can get.

Multiple Nvidia LHR GPU Versions: Check if You Own an LHR Card

Nvidia switched to LHR tech in the middle of May 2021. All cards manufactured after this date are Lite Hash Rate (LHR) units. You can check the same as these GPUs have LHR brandings plastered all over the outer box.

For the ones who own an LHR GPU, well, there are different versions of LHRs out there. Even though manufacturers have different notations, the LHR cards are generally divided into two versions V1 & V2:

All Nvidia 3070 Ti and 3080 Ti GPUs are known as LHR V2 cards. The rest of the lineup has different identifiers to mark the LHR cards. Find your manufacturer below.

Older AIB cards or Founder Editions cards purchased before the switch are entirely unaffected and quite in demand in the used PC market by miners. Given that LHR is becoming the norm as more stock comes down from the manufacturers, would switching to a different coin be possible since ETH is now limited in performance?

Can I Mine With LHR Cards?

If you own an Nvidia LHR V1 GPU, then you are in luck as you can get almost all of the mining potential out of it with some simple tweaks. Check out our V1 guide.

With LHR V2 Card, technically yes, you can mine, but more importantly, should you? Given the most profitable coin out there has its hash rate cut almost in half, Ethereum mining should not be your top priority if you are only buying it to mine.

At least with the 50% nerfed ETH rate mining on a 30 Series, LHR GPU will not make much sense; a lot of miners have released updates to unlock a lot more potential out of these cards.

Low Hash Rate cards are supposed to lock down and limit only Ethereum Hash Rate, and many people have reported the same. Though some coins have anomalous performance nerfs as well.

The latest lolMiner v1.32a beta update unlocks the LHR V2 for all RTX 30 series. The best thing is you do not need any extra dummy plugs, and it works with all risers. Want to find out how? Here you go.

With the release of version 1.32a, there is an ‘LHR2’ mode included. The devs were able to push past the 50% hardware limit imposed by Nvidia and squeeze out around 30% more performance on ETH.

Interestingly, there is also a low power mode for LHR cards, included with this update called the ‘LHRLP’ mode. But more about that later. It’s time for some values.

You need to use “--mode LHR2” if you own an LHR V2 RTX 30 series GPU. User r/Jgonzi reported the following results:

GMiner v2.67 and above has also come out with a partial LHR unlock that unlocks extra potential out of your locked LHR v2 RTX 30 card.

The performance difference between GMiner and lolMiner on the LHR cards is pretty much negligible, with both miners getting something around 30% extra hash rate. With lolMiner, the advantage you get is that once the limiter kicks in, it will actively try to tune itself to get the max performance out, while GMiner will keep mining at the limited hash rate until you take charge.

With the release of NBMiner v39.0 and above, the miner has finally cracked the LHR wall that limited the mining potential to almost half of its limit. With NBMiner, you can now unlock up to 70% of ETH performance on the RTX 30 Series.

V39.0 and above adds a new ‘lhr’ mode to the miner on Windows & Linux that can achieve more than 2/3rd of the ETH potential as compared to the locked-down 50%. Do note this is still a partial unlock.

i. Get the LHR Unlock with NBMiner

Using the lhr mode on NBMiner is as easy as just adding the ‘-lhr’ flag to ethash. For those of you out there who want to play around a little more can add ‘-lhr <value>’ where value is the amount the miner will try to reach. For example, if you want to get 60% potential on ETH, add ‘-lhr 60’.

NOTE: The devs recommend a value of 68, as it gives the most stable results.

ii. Use the LHR Unlock with NBMiner on NiceHash

Remember the low power mode we talked about? If you think that the performance gap between LHR and non-LHR cards is finally closing, remember the power reading with these unlocks was not spectacular. Even though the software reading on the shell or Hive OS might seem low, do check the wattage at the wall. The low power mode tries to mitigate this but we simply are not at a point where we can ignore the power consumption. Still, there are plenty of other coins out there that don’t have their performance nerfed

What Else to Mine with RTX LHR GPUs

So, you have got your hands on an LHR RTX GPU, and now you know ETH might not be your best bet, there are still some great options out there that you should check out.

Hop onto whattomine.com as they have updated the LHR hash rates for various coins to find what profits you can get. Given that not all coins have got their hash rates slashed, it’s better to mine coins at full potential. Raven Coin, Ergo, and Conflux are some popular alternatives that you need to keep your eyes on.

RVN and ERG might be your best using T-Rex Miner. RVN if you do not have your hash rates affected and ERG otherwise. Who knows if a full unlock for LHR might drop out of the sky? 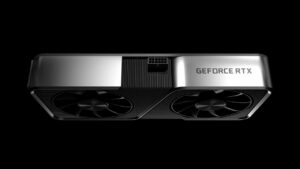