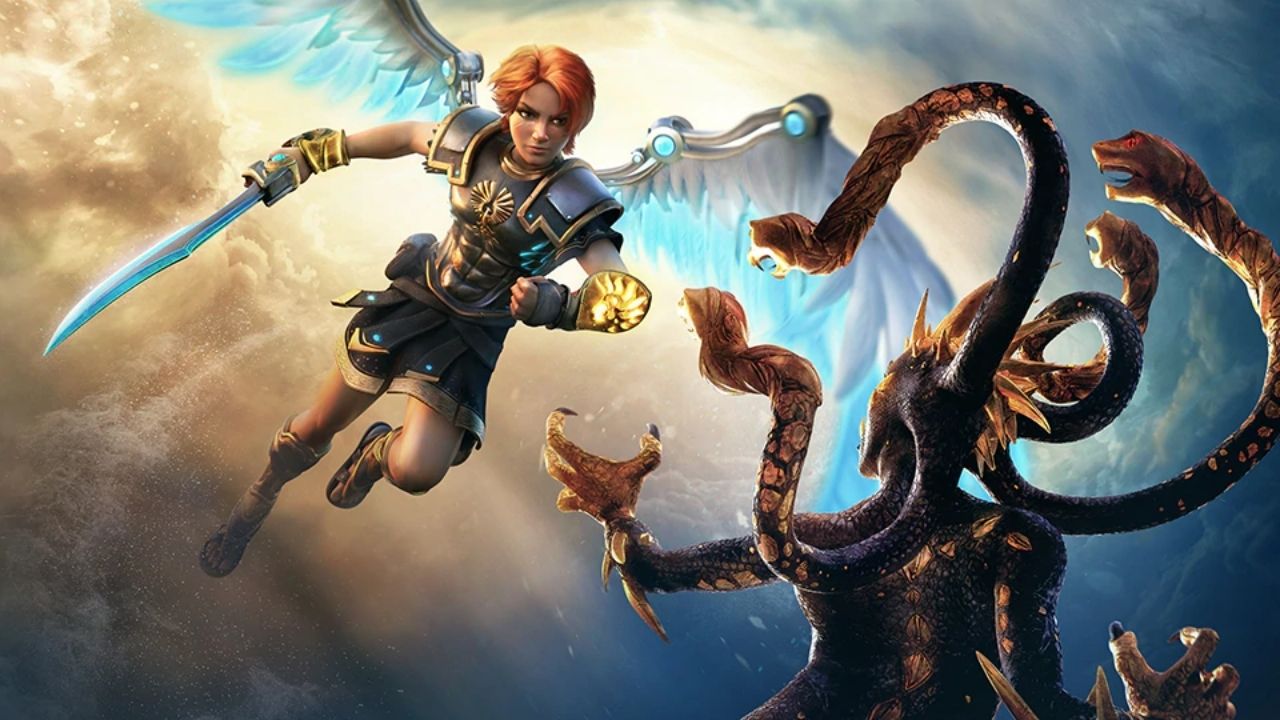 Phosphor is a loyal companion who will join you in your adventures in Immortals Fenyx Rising. Not only do they help you win battles, but they also solve puzzles.

To unlock Phosphor the Phoenix, players will have to settle the Bolt from the Blue quest. It can be started once you have reached the Valley of Eternal Spring. Phosphor The Phoenix adds one stamina orb whenever an enemy is smacked by it.

Beat the Legendary Cerberos, and you will have a Tarnished Phosphor. Playing Athena’s side missions will let you stumble upon this skin. The benefit of having this skin is that you’ll have your health refilled by block whenever phosphor’s attack hits.

To obtain this skin, complete the A Debt Repaid quest in the Grove of Kleos. Finishing the quest will result in you getting the Phosphor of Lit Cinders skin that grants +150% damage.

To get this skin, you need to complete Ares’ quest. After being done with it, Pay-Bagock side quest will come up. Here you will have to defeat Spartoi Soldiers.

After emerging victorious against Brute of Tartaros, you will get Phosphor of Love Ablaze. The skin is capable of freezing foes for five seconds whenever hit by a Phosphor.

Complete Hermes’s Heroic Task Board’s Myth Challenge and Molten Phosphor skin is yours for the taking. A hit of this skin will lead to stealth attacks activating Phosphor’s attack.

Get the better of Nemean Lion in Valley of Eternal Spring and Phosphor of Zeus Lightning skin can be obtained by you. The skin is capable of making Phosphor Clone implode and hits enemies with 1392 damage.

In the valley of Eternal Spring, you will find Slayer of Adonis. Defeat him and you will unlock Phosphor The Lovebird skin. Hitting the enemy with this skin will add 150% stun.

Kallisto, the Legendary Bear in the Valley of Eternal Spring is the one you’ll have to defeat to obtain Phosphor of Companionship skin. Its fierce stealth hits will not cancel Phosphor’s cloak.

Phosphor The Stonegazer can be obtained by going to Aphrodite’s Palace in the Valley of Eternal Spring area and beating Alektryon. This skin’s advantage is that it lessens stamina drainage by 50% while utilizing Phosphor’s cloak.

You will have to face Nightmare of Daidalos found nearby Eros’ Haven to obtain Phosphor of Passion. This skin grants two hits to every Phosphor’s attack.

Situated in Grove of Kelos, players will have to beat Kelaino to obtain this skin. The benefit of having it is that if your Phosphor cloak is set in motion, stealth attacks will cause an explosion.

Beat the Legendary Gorgon Of Dread, and the skin is yours. Phosphor The Evilglare makes Phosphor’s Cloak to implode and restricts foes for 10 seconds whenever attacked by it.

Hammer Pyrakmon in The Forgelands and obtain Phosphor of Heat’s Core. It increases Phosphor’s Shockwave range of action by 50%.

To get Carnivorous Phosphor skin, you’ll need to get the better of Ophinikos, who can be found in The Forgelands. This skin makes the Phosphor’s clone to explode hits with 1856 stun damage.

Talos the Rebuilt is the enemy you have to fight for a Burnished Phosphor skin. You will have to reach the southern border of The Forgelands to beat Talos.

The monster you’ll deal with for Zeus Skies skin is Perversion Of Echidna, The Legendary Chimera.

The skin will decelerate time when stealth attacks hit.

By beating The Many-Handed, The Legendary Hekatonchires in King’s Peak, you can have Phosphor Automated skin. It helps you massively when it comes to solving puzzles.