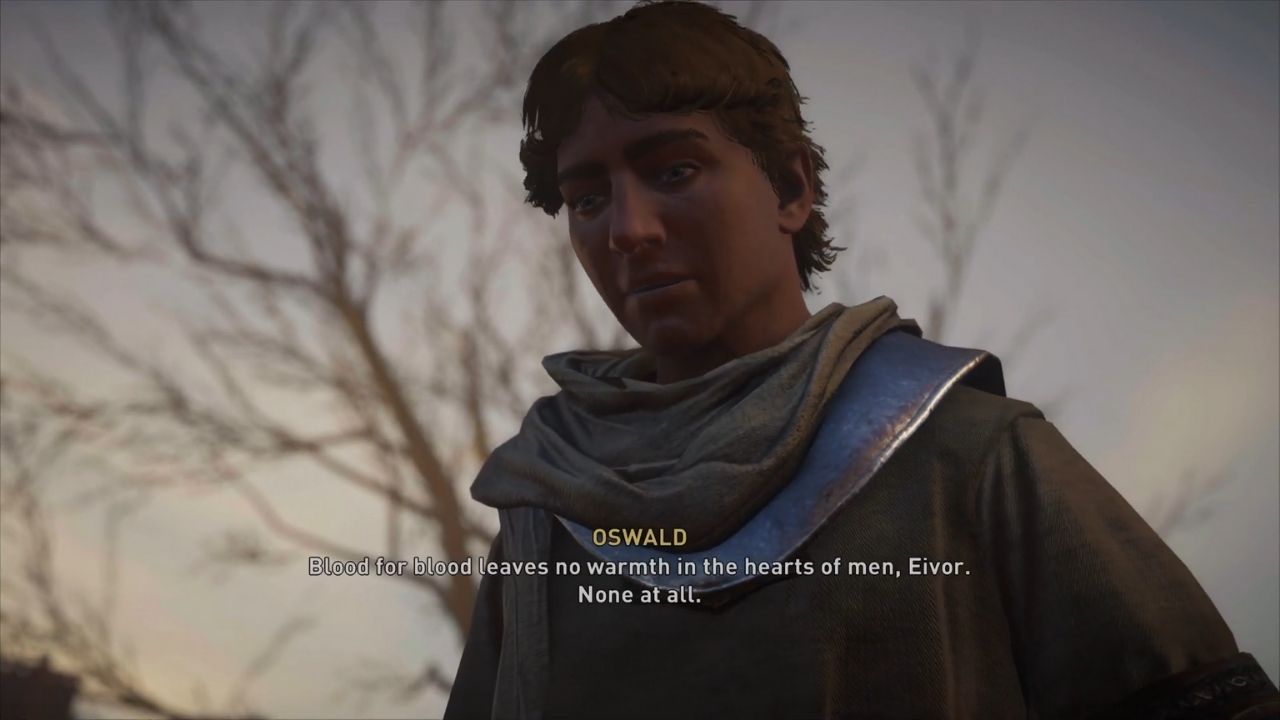 Oswald, the future king, meets a very unexpected end in Assassin’s Creed Valhalla after his duel with Rued, but his death is still a mystery.

While mixing the open-world RPG elements with stealth gameplay, AC: Valhalla plays very well with a robust story-driven plot. One such arc is the East Anglia arc, where we meet the all too loveable Oswald, who is in line to be the next king of the region. Such is the fate that Oswald meets a very tragic end, but that is only left at a cliffhanger.

1. Did Oswald Survive the Fall in AC: Valhalla?

During Eivor’s allegiance expeditions in East Anglia, we have had the misfortune to meet a troublesome Dane who goes by the name of Rued. In order to secure a pact, we are off with Oswald to face off Rued, who has been raiding the nearby regions.

In turn, Oswald, to save his people, agreed to face off Rued in a one-on-one duel. Well, as it turns out, Oswald’s current moves are no match against the barbaric fighting stance of Rued.

Rued dominates Oswald and is on the verge of killing him while at the last moment, Oswald tries to turn the tide. In the meantime, both of them are thrown off the cliff.

Oswald survived the fall after the duel, and so did Rued in AC: Valhalla. It turns out Oswald is then, in turn, imprisoned by Rued in his fort but is alive and breathing.

Eivor, unbeknownst to this new information, storms Rued’s stronghold to avenge his newfound ally. After being greeted with some good news. We take down Rued and are given a choice to either kill or spare Rued. One of these choices is, well, not particularly happy ending for Oswald later on in the storyline.

2. What Happens to Oswald After Rued?

Oswald’s life goes on, and he marries Valdis either way if you kill Rued or spare his life during the ‘Wedding Horns Quest.’

As to life for Oswald, after he ascends to being king and marriage, not much is known about his later years. Most of his records from written history are conveniently missing. A mysterious end nonetheless.