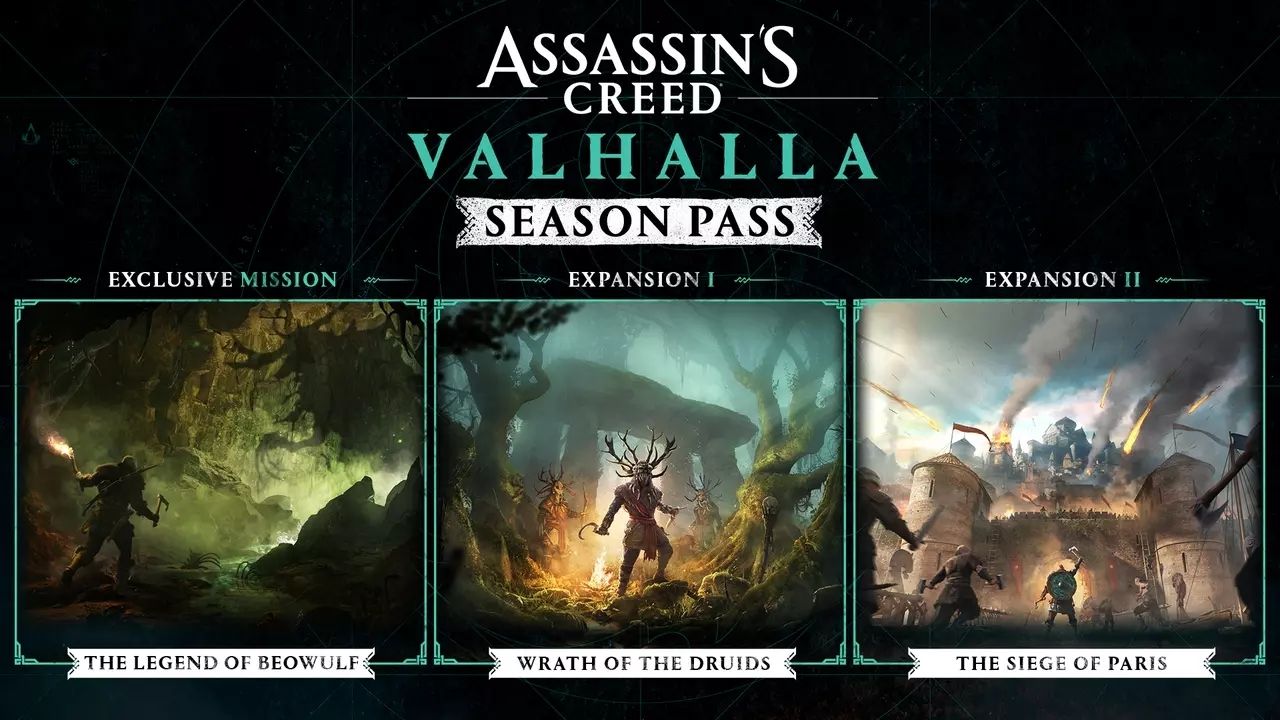 Assassin’s Creed Valhalla has been a massive hit for Ubisoft and has enticed gamers with its indulging story and stunning graphics. To add more to the gaming experience, the game developers have added a season pass players can purchase. But many don’t know what the season pass has on offer.

The season pass for Assassin’s Creed Valhalla features two massive expansions, namely, Wrath of the Druids and The Siege of Paris. Above that, you get a bonus side quest called The Legend of Beowulf, which players can complete within a few hours.

Gamers can buy the expansion separately, but they’ll cost more than the season pass. Also, the side quest is exclusive to the seasonal pass, meaning you can’t access the mission using other methods.

In this article, I’ll dive into the content you can find from the expansions, the price of the seasonal pass, and find out if it’s worth your money.

1. What is the price of the Assassin’s Creed Valhalla season pass?

Needless to say, it’s cheaper to buy the pass than to purchase the expansions separately. Also, they get the bonus side quest. Therefore, it’s always better to go for the season pass unless you don’t want the other expansions.

But if you can’t make a decision, keep reading to learn more about the expansions and content you’ll be getting from the season pass.

2. What can you expect from Wrath of the Druids?

In Wrath of the Druids, the protagonist will travel to Ireland to forge new alliances with the country’s fractured king and clan leaders. Players can explore a new map with plenty of undiscovered areas and landmarks.

It introduces five additional hours of the main storyline featuring new characters, enemies, and thrilling boss fights. Meanwhile, various side quests and explorations will keep gamers busy for around 10 to 15 hours.

One of the DLC’s main features is an all-new trade system, in which you can take control of trading posts around the country. Upgrading these posts and collecting a large number of trade goods opens new ways to get exclusive weapons and armor.

All in all, Wrath of the Druids is a brilliant expansion to an already enormous open-world game. However, if you’re exhausted with the main campaign, the expansion won’t offer any new and unique gameplay features to try out.

3. What can you expect from The Siege of Paris?

The Siege of Paris takes the protagonist to the war-torn countryside of Francia, where they must appeal to both their bloodthirsty Viking allies and the troubled rulers of the capital. Players will be tasked to take down several historical targets in the main storyline.

The main focus in this expansion is stealth and deception, which is quite rare in Vallhalla’s primary campaign. It gives a more traditional Assassin’s Creed experience with unique assassination opportunities and cinematic kills.

Additionally, you’ll experience engaging boss fights and one of the most emphatic narratives in the game. The expansion is set in the French Capital, making up for an amazing backdrop during missions.

In conclusion, those who feel Valhalla isn’t a proper Assassin’s Creed game might change their mind after trying out assassination missions in this expansion.

4. What can you expect from The Legend of Beowulf?

The Legend of Beowulf features a short series of side quests in which Eivor will investigate some mysterious killings in England.

These quests are an additional incentive to buy the Assassin’s Creed season pass. The missions are pretty entertaining and only take a couple of hours to complete. It’s a cherry on top to add to the expansions of the season pass.

5. Is the Assassin’s Creed Valhalla Season Pass worth it?

The expansions offered by the season pass are splendid, but keep in mind it’s only a part of an already massive open-world RPG. In other words, you need to ask yourself if you like Valhalla enough to spend another 20 to 30 hours playing the game.

If the answer is yes, we highly recommend buying the season pass. It comes at a reasonable price of 24.99 USD or 19.99 GBP and offers brand-new missions, armor, and weapons. The storylines are some of the best in the game, and you also get to experience new maps. Moreover, Ubisoft will continue to update the game to ensure their fans stay entertained with the sheer amount of content available.