Super Mario 64 was more than just a masterpiece. It set a standard. A benchmark for every other game to follow. It revolutionized the gaming sector.

A lot of games in those days tried to experiment with the 3D platform and failed miserably. Mario? Well, SM 64 was way ahead of its time. It offered the world an open-world 3D game.

Mario ultimately became a paragon to which every other 3D arrival was compared.

You know a game has done well when it has been 24 years since its launch and players still obsess over it!

Now, a mod has arrived which replaces every object and texture of Super Mario 64 PC with that of Doom.

Mario still remains the lead character of the game. However, this mod also allows gamers to make Mario don a 3D Doomguy costume.

Moreover, adorable fictional ghosts, Boos of the Mario series have been replaced with Cacodemons from Doom. Instead of looking for and accumulating coins, Mario will instead garner skulls.

Above all, Heads Up Display of Doom has been added to the Nintendo developed game.

This mod is created by p3st gaming who flaunted their work via a YouTube video.

The description of this video also carries a link. Clicking on it will take you to Mega’s page where one can get their hands on the mod’s files. It is provided here for your convenience.

Given the fact that the mod is on version 0.34, means it is still in development. Therefore, one can expect a whole lot more to be incorporated in Mario 64.

Launched in 1996, Mario 64 was developed and published by Nintendo.

It was the first 3D game of the Super Mario series and allowed for an open world gameplay.

The plot of Super Mario 64 revolves around the kidnapping of Princess Peach. She is imprisoned by King Koopa and it is only Mario who can rescue her from the antagonist of the Mario franchise.

The game gives Mario a wide range of abilities. As a result, the protagonist can walk, swim, jump up to three times at a go, swim, punch, kick, climb, crouch and crawl.

Mario can also perform stunts like backflip and long jump simply by using the buttons and stick of a controller.

Mario 64 was well received by the fans and critics alike. Many popular gaming sites like Game Informer, Edge, Nintendo Power and IGN etc called Super Mario 64 one of the greatest games of all time. 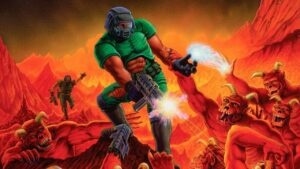