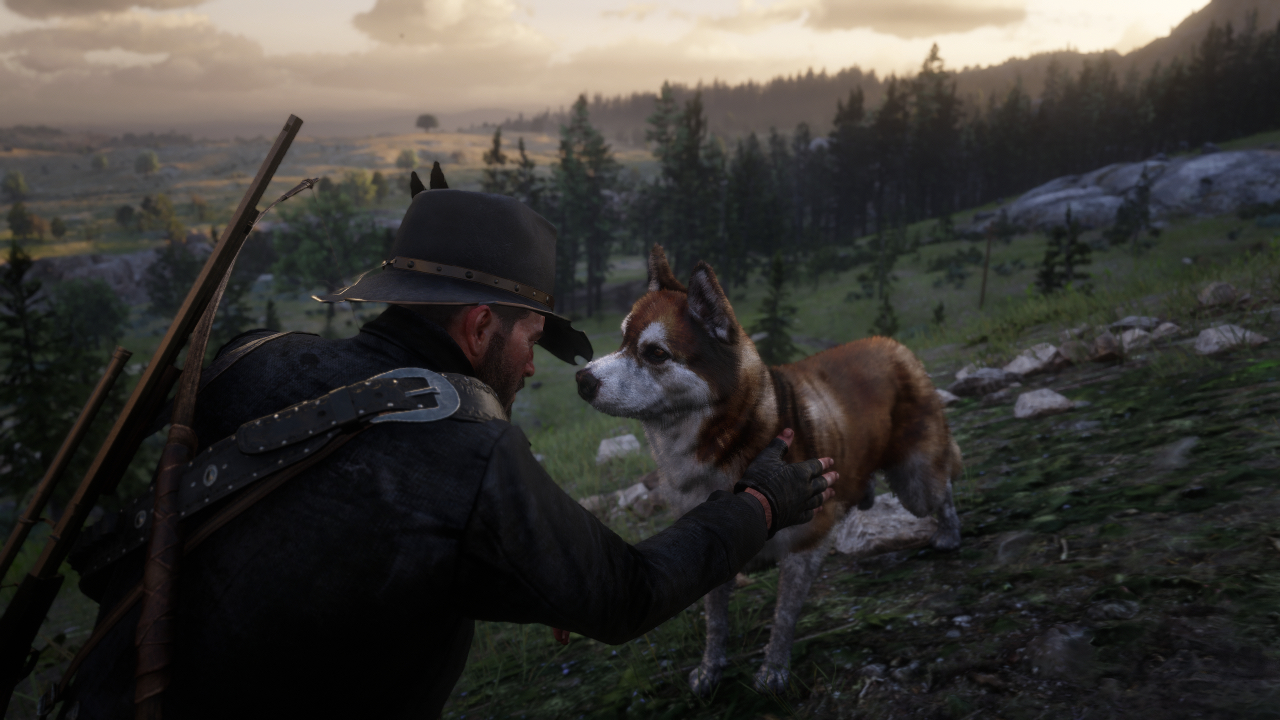 Red Dead Redemption 2 gives you the chance to explore the American frontier through the eyes and in the boots of a cowboy. But the prairies can get lonely, and a horse just doesn’t cut it as a ‘companion.’ But, this new mod brings in a new form of friendship, one that many players are going to love. You can now own a dog in Red Dead Redemption 2.

The mod comes from the creator Shtivi and is called the “Dog Companion”mod. This mod allows the players to explore the game’s many and various regions with a furry friend by their side. The dog can even engage with the world in some ways!

Players can “bond” with the dog by petting it, strengthening your relationship, just like brushing and feeding your horse. A stronger bond with your dog allows the dog to follow you around like a companion and answer when you whistle.

Your dog can also be a helpful addition in your melee fights and also plays an active role in the games hunting activities. This is very useful, especially when you are in jaguar or mountain lion territory. With a dog by your side, your companion will attack an aggressive animal before they can ambush you, giving you time to aim with your gun.

But your dog in Red Dead Redemption 2 isn’t immortal like Dogmeat from Fallout 4. Once you pick your canine companion, it gets its own health core, which can be increased by feeding it meat extracted from the wild that it helps you to hunt down.

The dog will answer to whistles, but this is effective only within a specific range and can be respawned when lost through a new prompt in the main horse menu.

This mod was created by fan request, and Shtivi went above and beyond by making the dog an active part of the game rather than just a background addition. As long as the modder keeps support up for the mod, it could very well become one of the best mods for Red Dead Redemption 2 to date.