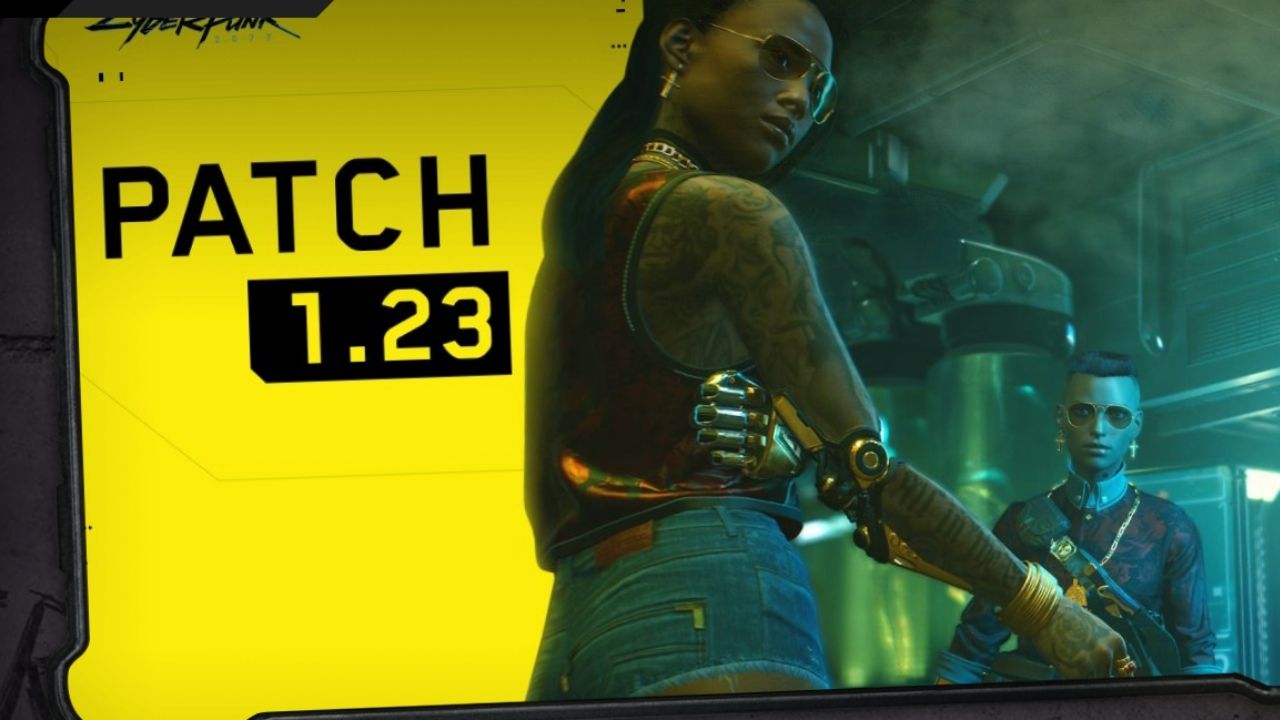 Cyberpunk 2077 has become infamous as one of the most botched game launches in recent history. CD Projekt Red has been busy trying to fight the fires of numerous bugs by routine updates and patches. Their previous patch was said to bring fixes to over 500 bugs in the game, but many remained, and some new ones popped up! The latest patch, version 1.23, brings another laundry list of improvements to both PC and consoles.

Patch 1.23 is currently available for PCs, consoles, and Stadia. The patch brings a lot of fixes to bugs which plagued many missions within the game. Issues such as changing objective locations, disappearing assets, missed encounters, bugged audio segments, and clipping through the environment have been addressed.

While all of these are not exactly game-breaking, they would definitely ruin the immersion for any player.

Several overall gameplay fixes have also been included. Now, when you steal the car from an NPC and kill them, their body won’t be stuck in the car. A notable gameplay improvement is that Cataresist cyberware should now function properly.

Visual improvements have also been made in the form of better NPC clothing interaction, the appearance of the rocks in the Badlands, and the appearance of Johnny in different quests. While not groundbreaking, it would be better to see overall visual consistency within the game.

Finally, and most importantly, several stability and performance improvements have been added. Crash fixes have been applied for animations, UI, scene, physics, and gameplay systems.

We can also hope to see better frame rates with this new patch, which many console players have been facing and one that ruins the immersion and playing experience.

Here is a full list of all the noted changes made with Patch 1.23 provided on Cyberpunk 2077’s official website:

The Beast in Me

Queen of the Highway

Down on the Street

Gig: Many Ways to Skin a Cat

Cyberpsycho Sighting: Where the Bodies Hit the Floor

I Fought the Law

Cyberpunk 2077 is going to continue to receive fixes and patches, and the modding community is stepping up as well. Here’s hoping that we have a game which is free of most major bugs very soon!