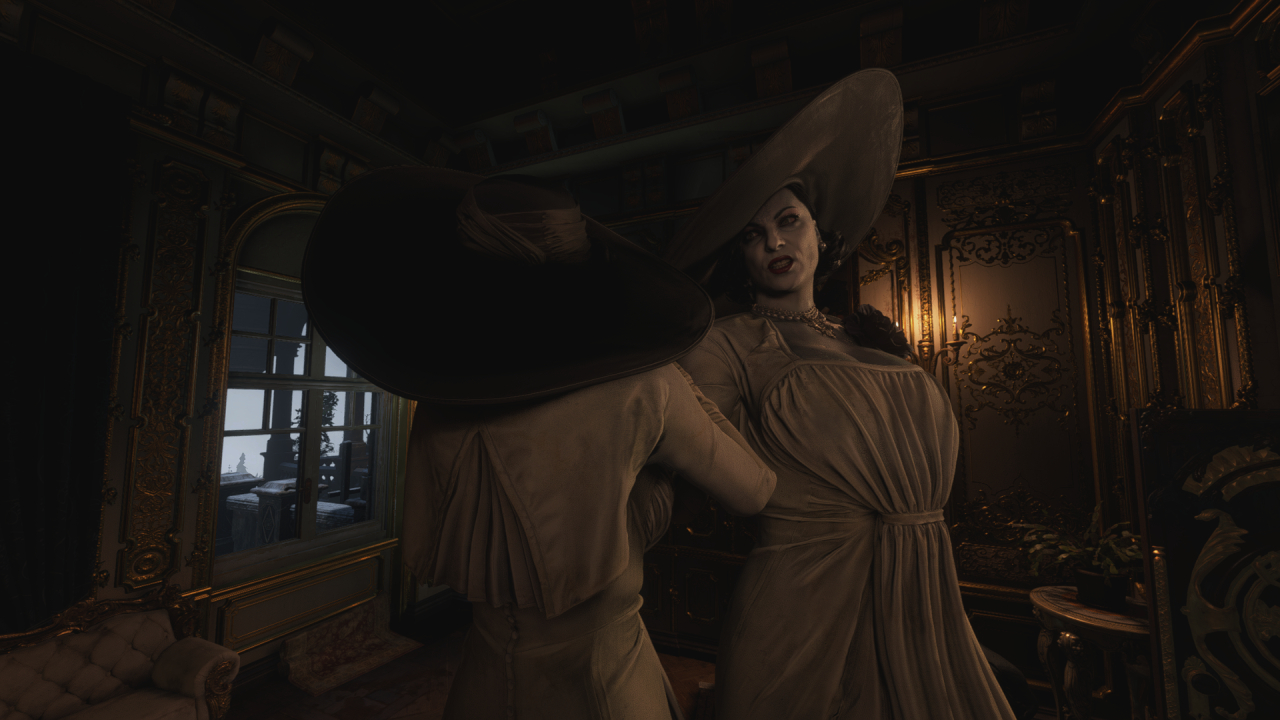 Resident Evil Village has received widespread praise from the player base, but there is still one complaint: there isn’t enough of Alcina Dimitrescu. Even though she was featured in the initial promotional material and was the focus of the demo, it seems she isn’t the antagonist. In fact, she isn’t even the main villain, which has left many fans disappointed.

So, if you were one of those who felt that the game needed more of the giant vampiress, the modding community has your back. Titled “Play as Alcina Dimitrescu“, the mod lets you do just that, swap out the original protagonist Ethan Winters for Lady Dimitrescu.

Now, before you get your hopes up, this mod does come with some limitations. You won’t be playing with the 9″ 6′ original Lady D. As are shown in screenshots, the players’ rendition of Lady Dimitrescu is much shorter than the antagonist doppelgänger – who is still going to be stalking around her castle looking for you. The Alcina that players will control is much closer to Ethan’s 5″ 11′ stature. Aside from that, everything is the same compared to the original, along with her wide-brimmed hat.

This isn’t the first visual modification Resident Evil Village has received. There is also a “Lady X“ mod, which combines Lady Dimitrescu with Mr. X from the previous game. Alcina’s height and face structure coupled with Mr. X’s zombie-esque skin texture can make your playthrough a bit more terrifying. Not to mention that terrifying Thomas the Tank Engine mod which is straight nightmare fuel.

Aside from the ever-popular Lady Dimitrescu, other characters in the game have also been getting some modding love. One modder has gone so far as to replace Ethan’s baby daughter Rose with Chris Redfield. So, all those scenes of Mia cradling Rose now show the head of a fully grown man attached to the body of an infant.

Resident Evil Village released on May 7th and is available on PS4, PS5, Xbox One, Xbox Series X/S, Google Stadia, and PC.