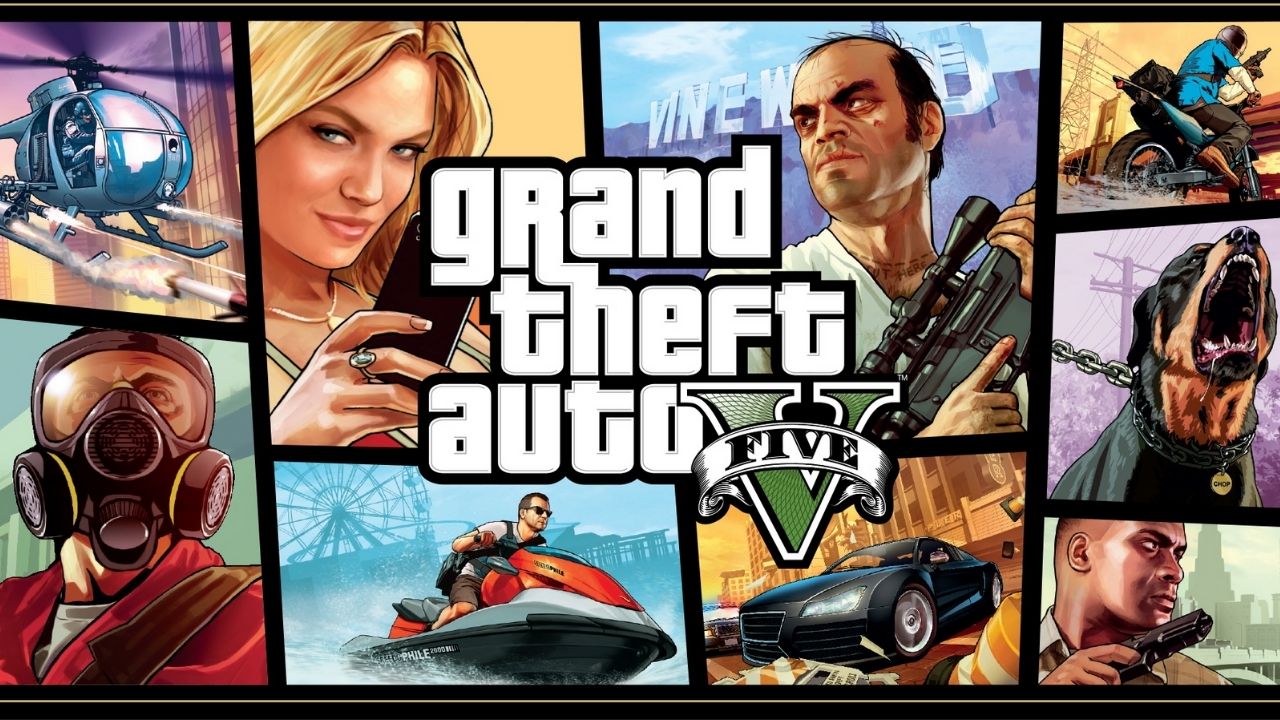 Teenagers and kids alike are nothing but excited about Grand Theft Auto, but it being an open-world game, what would be the appropriate age to play GTA. Is 15, 17, or 18 the right age to gift your kid a copy of Grand Theft Auto V?

The latest release in Grand Theft Auto’s franchise, GTA V, was recently up for grabs at the Epic Games Store, and I snatched a few copies.

I had completed the game, so I decided to gift it to my 15-year-old little brother. That made me stop right in my tracks as I realized all the elements present in the game, and I don’t want my innocent brother to go through all these before he was mature enough.

I looked in to find what is the right age for children to be playing the GTA games.

GTA V is the latest iteration by Rockstar Games, and it offers a full, almost life-like world for players to do countless things with their virtual character.

This was a massive hit with teenagers and kids alike as it let their creativity run wild, but there is a limit to what that creativity should be exposed to at the right age.

The American Entertainment Software Rating Board (ESRB) has rated Grand Theft Auto V (GTA V) as Mature 17+ (M); this is equivalent to an R-rated movie.

The Entertainment Software Rating Board (ESRB) is the American self-regulatory organization established in 1994 responsible for assigning age and content ratings to consumer-grade video games. According to ESRB (source),

“In this open-world action game, players assume the role of three criminals whose storylines intersect within the fictional city of Los Santos. Players can switch between each character to follow his storyline, completing missions that often include criminal activities (e.g., stealing cars, executing heists, assassinating targets).

Even though ESRB provides a broader and general outlook, the decision is more and less dependent on each kid’s maturity level; some kids are undoubtedly more mature emotionally and can be trusted with specific content.

To make that informed decision, one must be acquainted with what goes on in GTA V.

A Look Inside: Is GTA V suitable for your kid?

The single-player mode consists of a fixed storyline that the players play through. While in GTA: Online players play with other people from around the world with their custom characters.

The Online World is much more vast, and the experiences can vary as more and more people are involved.

To understand what exactly goes in the world of both single-player and multiplayer modes, each aspect needs to be analyzed independently.

Grand Theft Auto has guns and lots of it; it is more or less a central theme. Anything from small handguns to large machine guns, you name it, the game has it.

Now, since the game has such a large arsenal of guns, it does not allow the weapons to be hard to acquire. There are brick and mortar stores dedicated to buying guns. Earn enough money in-game and head down there to buy your weapon of choice.

Now, these weapons in themselves are not inherently violence enticing but just that they are part of the game’s setting and can not be avoided, even some missions require the usage of these weapons.

There are mentions and some incidents, including the usage of drugs in the story mode. A son drugs one of the protagonists in one such mission, and the player ends up in a drug-fueled high while hallucinating vivid imagery and experiences.

The protagonists are included several times in drug-related businesses but are more or less are against the use of drugs.

Even in past titles, the series’ heroes have been against drugs even if they are involved in the transportation and acquiring of the said narcotics.

Still, since the game is more or less based on real-life, there are several mentions of marijuana from posters to actual bongs and a weed shop on the beach.

When the GTA offers such a wide variety of guns, they are going to be used eventually. Grand Theft Auto doesn’t go into much gore, but blood splatters when you shoot someone or run someone over with a car.

Violence like guns is an integral part of the GTA series; GTA V starts with a bank’s armed robbery. You kill a squadron of police officers on your way out, so violence in the story mode cannot be strictly avoided.

Players can kill civilians with a wide variety of weapons and vehicles, but the game dissuades so by sending out police and SWAT to the player’s location.

On the other hand, in the story mode missions, the players are introduced to various violent actions such as torturing a terrorist suspect with multiple tools including but not limited to a car battery and jumper cables.

In-game violence has no direct effect on kids, but this again depends on the kid’s maturity level and what you think is the right amount of exposure they need to be introduced to.

GTA V does not contain full nudity, but there are multiple topless characters if you know where to look. Not to mention that there is a strip club in the middle of the city.

Apart from the strip club, there are prostitutes that you can interact with during gameplay. Even though there is no nudity involved, suggestive sounds like moans can be heard from the cars if you use the prostitute’s services.

The strip club is limited to topless dancers only; the players can watch the main stage or get a private lap dance.

All this is optional, though; the story mode does not force these actions, so if you plan to let your kid clock in GTA hours, be sure to check up and restrict the strip club and interaction of prostitutes.

GTA Online: What to Expect?

GTA Online is quite different from the single-player as there are other people involved too. Most of GTA Online missions include players getting together to run several heists that range from looting a casino to take down a rogue government agent.

Apart from these hosts, players can run a criminal empire, including importing exporting cars, selling crates in bulk, running a motorcycle club, a cocaine lockup, a Methamphetamine production house, among several other ventures.

Once again, these ventures in no way support or promote drug use, requiring them to deliver and supply stocks vehicles.

GTA Online experience can be controlled as it allows you to only play with your friend group to configure to be connected with your friends only rather than random people from around the world.

The Fun Parts of GTA!

The GTA Universe is not just limited to guns and violent crimes; there are many other activities in both single players and online modes such as car races, plane races, business management, triathlons, tennis, and golf others.

The open-world opens up your creativity rather than limits it. Even if you do not approve of guns, children can engage in property management. The online mode’s business expansion aspect allows friends to get together to finish up missions and help each other.

Even though GTA V contains guns and violence, various studies study the effect of violence in video games on a child’s life. It’s not like once your kids buy a revolver in-game, he/she will buy one outside too.

The result of these studies did shock me about how lightly violence in games and real life is connected, and in reality, there is a third hidden factor involved in most violent outbursts.

I. University of Oxford (Source)

Andrew Przybylski, an associate professor at the University of Oxford, studied more than 1,000 British adolescents and found no link between playing violent games and aggressive behavior.

These results are consistent with other modern research that show little to no evidence linking violent actions and video games.

Przybylski further says that there’s always a hidden third factor that contributes to the problem in cases where there is a violent outburst in teens.

Harvard Medical School stated that earlier research that links violent video games and aggressive behavior relied on metrics that were not valid in the real-world.

More recent studies have shown that violent outbursts have reduced while video game sales have soared.

Parents may shield children from potential harm by restricting the use of video games and taking other common-sensory precautions.

Is there a kid-friendly version of GTA?

Grand Theft Auto contains guns, drugs, and nudity which might not be the best combination you’d want around your children. Rightfully so, GTA would not be many parents’ first choice when it comes to gifting their kid a video game but given its popularity, it’s on everyone’s mind.

There are, however, kid-friendly alternatives to Grand Theft Auto which can satiate the gaming needs of your children. Minecraft, a world-building game is not only popular but also a good choice for a starter video game, Fortnite is another popular choice that includes resource management, shooting mechanics, and the battle royale trend.

What must the parents do?