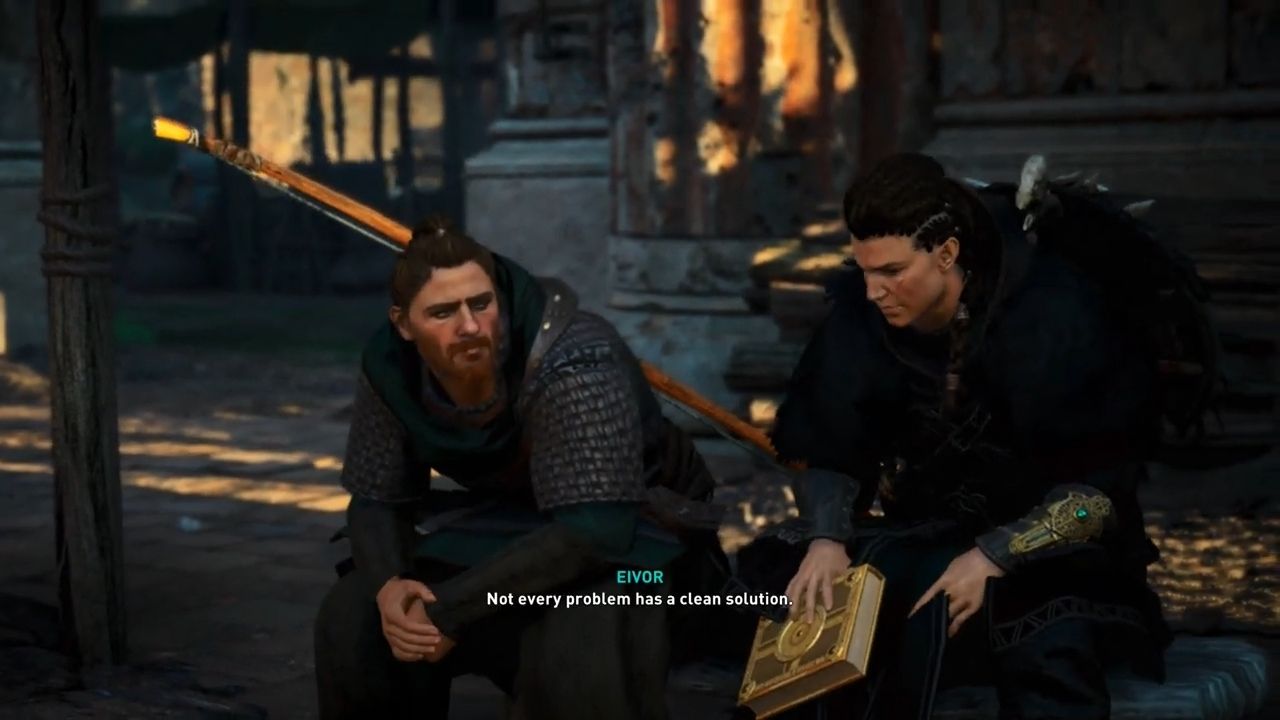 Among all the tough decision-oriented missions in AC Valhalla, the Leechbook is certainly one of the creepier one in my opinion. You as Eivor can decide to either keep the Leechbook or burn it in the ‘Bleeding the Leech’ mission.

The “Bleeding the Leech” starts when Eivor is given the mission to kill the Order of the Ancient member named “The Leech” a.k.a Sister Frideswid. Killing her isn’t the hard part, the decision of what to do with his Leechbook is the one that can throw you in a predicament.

If you’re thinking, all this talk about the Leechbook but what is it exactly? Don’t worry I’ve got you covered!

In the ‘Bleeding the Leech’ mission in AC Valhalla, Eivor gets her hands on the Leechbook owner by the Leech. The Leechbook is a collection of data collected by the Leech after she had dissected and experimented on people in the name of science.

As creepy as the book sounds, playing Eivor, you will have to decide what to do with it.

After killing The Leech, Eivor is given two choices regarding the Leechbook:

Now, let’s take a look at the choices so that you can make a decision.

If you decide to Burn the Leechbook, Eivor throws it into a fire claiming that it’s “not worth its weight in blood.” And like that, the mission is done.

Keeping the book is just a constant reminder of how those poor people were tortured so this is a good decision. There are no consequences to this decision, but, if you prefer to keep the knowledge from a medical point of view then you can try the other option.

READ:  Hit Rocks in AC Valhalla to Get Your Hands on a Powerful Isu Weapon

If you decide to keep the book, Eivor convinces Erke that the book is valuable as it contains cure for all remedies. Eivor wants to honor the sacrifices of the people who died for the experiments and keeps the book to be reminded of their braveness.

Keeping the book also has no consequences. It just shows Eivor’s rational thinking and ability to look at the bright side of things.

Just remember, whatever choice you make has no consequences in the later parts of the story so you can feel free to choose any.

3. Should I Burn or Keep the Leechbook?

Since none of the choices matter in the Bleeding the Leech mission, you can just go ahead and keep the Leechbook for your collections. You’ll be able to see a humane and rational thinking side of Eivor that will make you secure about your decision.

If you ask me, I would have kept the book considering it to be a rare collectible. Not only does the Leechbook have a tragic story to tell, but burning it would also mean all those people died in vain.

But, if you’re still doubtful and think the idea of keeping it is morally incorrect, then you can go ahead, burn it and move on with the other missions to unlock Vinland.

READ:  All You Need to Know About Vinland in Assassin’s Creed Valhalla

Just make sure to have fun while you play and remember, there’s always the “load saved game” option if you ever mess up.