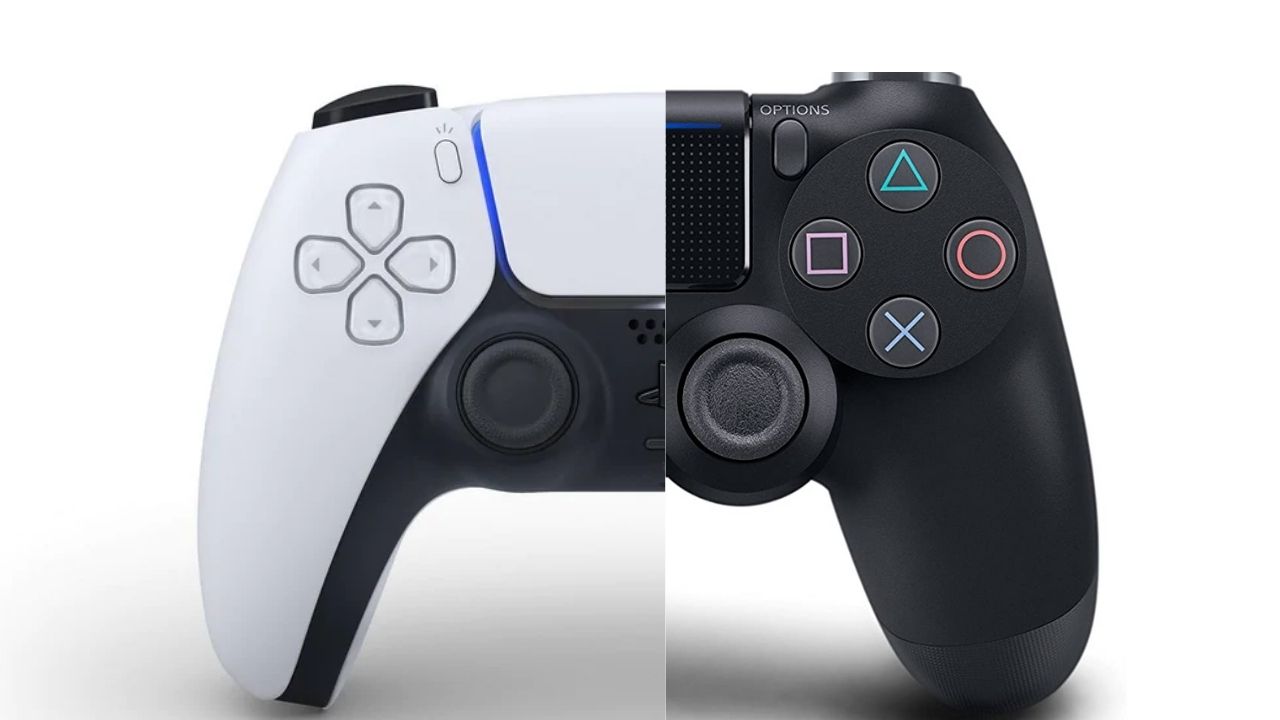 The launch of PlayStation 5 has brought several improvements over the PS4 both in terms of technical specs and graphics. For the owners of a PlayStation 4, it poses a great question about upgrading to the next-gen PS5 or continuing with the current generation.

Sony’s long-awaited next-generation console, the PlayStation 5, will be available from November 12. We have been deep fed information till now, and the upgrades Sony has for us in the store are simply breathtaking.

Even though the official launch is a couple of weeks later, fans have already exhausted all the pre-orders, and there is simply no stock to meet up with the demand. More than 60% of readers will be taking up a PS5 compared to other consoles, a milestone for Sony.

Many people like me already own a PlayStation 4, and I have been contemplating for the past week as to which way I should go. On one hand, the PS5 looks very promising, but on the other hand, my PS4 has been serving me well, and I honestly do not have any complaints about it.

Sure, I could do away with the few scratches on it that the cat inflicted, but that’s hardly Sony’s fault.

PlayStation 4 is by no means an incapable or obsolete console, but with the release of PS5, new buyers should get the next-gen console. PlayStation 5 will get you more bang for your buck while offering a longer lifetime.

What about those with a PS4? Should you just throw it out? Well, not exactly. If you are a heavy gamer and want the latest games with the highest setting, you should upgrade to the latest PlayStation 5.

On the other hand, if you occasionally play and don’t care about the latest AAA titles and just want to relax and farm stardew valley, you should stick to PlayStation 4.

Heavy gamers or new buyers who want Ray Tracing, 4K Resolution, and faster loading times should upgrade or get the PlayStation 5.

Meanwhile, people who just want to relax and play light games should stick to PS4 and upgrade down the line as their needs change.

If you were looking to buy a new PS4 for cheap this year in light of the new release, you should first look at your gaming habits before buying a console that might not meet your expectations. Still worried and confused about what to do? Don’t worry the blog has just begun.

What will happen to PS4 Support & Games?

The launch of the next-gen console from Sony will not affect the working of the current-gen consoles, and your game library will be unaffected. All titles will work as they used to.

Sony usually maintains support for older gen consoles when a new generation arrives in the market, but this does not go on indefinitely.

Yes, Sony will maintain support for PlayStation 4 when the newer PlayStation 5 releases, but this will not go on forever. Going by past trends, this support carries on for at least a couple of years.

It wouldn’t make much sense if Sony just ended support for the PS4 given the fact many people are struggling to place a pre-order, and also considering the shortage and ongoing pandemic.

If you are anything like me, I wouldn’t want to upgrade unless I can get that visual candy out of my already owned games in the next-gen console, and the good news is that Sony has announced support for games already on PS4.

Everyone knows how expensive console games can get, and the release of new consoles mean going out to buy the same game you already own for the newer generation but not anymore.

With the launch of PS5, more than 99% of the available games on the PS4 will work on the next-gen console. Thanks to backward compatibility, PS5 owners will be able to enjoy their PS4 games on the new console on day one itself.

The PS4 titles will be on a whole level on the new PlayStation 5. The games will get faster loading times, FPS boot to provide a more fluid gameplay experience.

Select turtles will be able to use dynamic resolution to scale up to 4K graphics. Not to mention, the games will now be able to utilize the new UI/UX elements.

The new path looks promising, but what about those of us who won’t upgrade to the next-gen console but still want to play the more modern games. Well, the news on that front does not look so good.

Will PS5 games be playable on PS4?

Sony is not in the habit of supporting new generation games on older hardware, and the same is the case with PS5 games. Even though PS4 games can be played on the newer console, the reverse is not true.

PlayStation 4 users will not be able to play games made for PlayStation 5 as there is no support from Sony for supporting new games on older hardware; this is something to keep in mind when retaining the older generation of consoles.

All things considered, the PS4 is still a great console, but If you are looking to get a brand-new console in 2020, PS5 is the way to go. Simply because a PS5 will last you longer and is more future proof for the coming years, it will be able to play all the AAA titles with ease, and it brings many improvements over its predecessor.

If you are looking to get a pre-owned console for cheap and playing lightly, the PS4 can work out for you as Craigslist prices are very low right now.

For new buyers looking for a brand-new console, the PlayStation 5 is the way to go. It is more future proof, has better specs and a very competitive price. Those looking for a console for cheap for light gaming can look into a pre-owned PS4.

At this point, most, if you are indeed interested in getting a PlayStation 5, you should know there are multiple models available. You should pick the one that suits your needs the best.

Everything New in PS5 – Breakdown

The PlayStation 5 brings new hardware and design changes with a massive jump in performance from its predecessor. They are competing head-on with Microsoft’s Xbox Series X and Nintendo’s Switch.

While on the technical side, I am overwhelmed by the jargon, but spiderman looks breathtaking on my PS4 already. I still couldn’t justify the PS5, time to dive down into some specs.

In Sony’s deep-dive event, it was shown how the beefy PlayStation 5 had some significant improvements over the previous generation. The actual system specs were also showcased to give the customers a clear-cut picture.

The boost in terms of sheer processing power is almost insane. The new CPU is also based on the more modern Zen 2 architecture, so the PS% has a faster CPU with newer and efficient architecture.

The PS4 had 18 compute units (CU) clocked at 800Mhz while the PS5 doubled the CUs while also increasing the clock speed to 2.23GHz. That’s a triple fold increase!

In terms of raw power, the graphics processing unit (GPU) in the PS5 pumps out 10.28 TFLOPs than the 1.84 TFLOPs of the PS4. Ten times more than the older generation. The new GPU is based on custom RDAN 2 architecture too.

The newer and faster 16 GB GDDR6 with 448GB/s promises faster gameplay, higher resolution, and longer draw distances over the past model.

The most noticeable difference in terms of day to day usability is that of the memory type used. The difference that an SSD can show over a traditional HDD is night and day. The PS5 has rightly used an 825GB SSD over the HDD, as was the case of a PS4. This will single-handedly boost the UI and load times by a significant margin.

Both consoles on the external storage front support external hard disks via the USB port. The PS5 also has an expandable storage port that uses the NVMe SSD, so it is as future proof as it gets.

I will be lying If I say I didn’t like the new PlayStation 5 specs, they have gotten almost all the things right and hit some balls out the park too. Sony is sure on the right track with these upgrades. But what do these changes mean for the PlayStation 4? Sony has a track for supporting old-gen consoles, but surely that does not go on forever.

Which PlayStation 5 Edition to Buy?

Sony has released two versions of the PlayStation5, making the disc drive optional. The Digital Edition without a Blu-Ray drive is cheaper at $399, and the DIsc Version is priced at $499.

If you have a high-speed internet connection, do not care for physical copies of games, and like a symmetrical design on your consoles, then the Digital Edition is for you. PS5 digital is priced lower than the disc version at $399.

If you like having physical copies of games or have a slow internet connection, then the disc version is for you. Even though it is expensive than the digital-only edition at $499, disc games can be resold, unlike digital games.

Where To Buy PlayStation 5 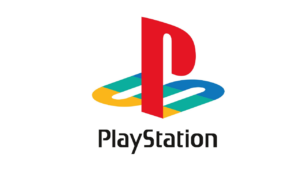 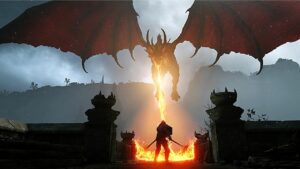 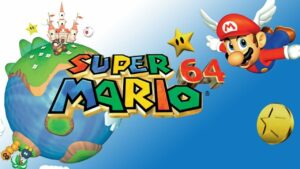 The Fan-made Port of Mario 64 Is Better than Ever Now!