Wrath of the Druids, the first DLC to arrive for Assasin’s Creed Valhalla, was released on May 13 and took players to the shores of Ireland to deal with the shady Druidic cult.

Since then, fans have kept their ears up and eyes peeled for any info on the next content update, The Siege of Paris.

While a lot is known about the game in terms of story and setting and the summer release period, a precise release date has been M.I.A. But it seems a couple of sharp-eyed fans have an update on that front.

According to CriptAssassassINI on Twitter (and a fellow fan), AC Valhalla’s Xbox page has listed the release date for the Siege of Paris DLC as August 5.

While the date is no longer present on the game’s page, it’s entirely possible that it is accurate as the DLC has always been slated for a summer release. However, if this date is false, it’s likely a placeholder date set by Xbox.

The fact that August 5 falls on a Thursday is noteworthy. Wrath of the Druids was initially scheduled to arrive on April 29 but was then pushed to May 13, both Thursdays.

So, if Ubisoft has a “DLC Thursday” release pattern in place, we might indeed see Siege of Paris arrive on August 5. But none of this is officially confirmed by the developer, so you must take this with a grain of salt.

Even months after the game’s release, the Siege of Paris will not be the final content piece to arrive for AC Valhalla. Ubisoft’s DLC roadmap for the game outlines four more seasonal content drops which are bound to keep fans of the franchise happy for the foreseeable future.

As for more confirmed info for the Siege of Paris, Ubisoft should be dropping that sometime soon as, irrespective of the rumored August 5 release, the DLC is still scheduled to drop this summer.

So, it’s only a matter of time until we get a confirmed release date for the new release. 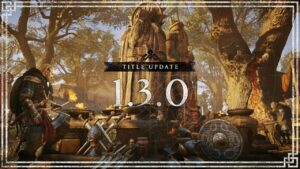