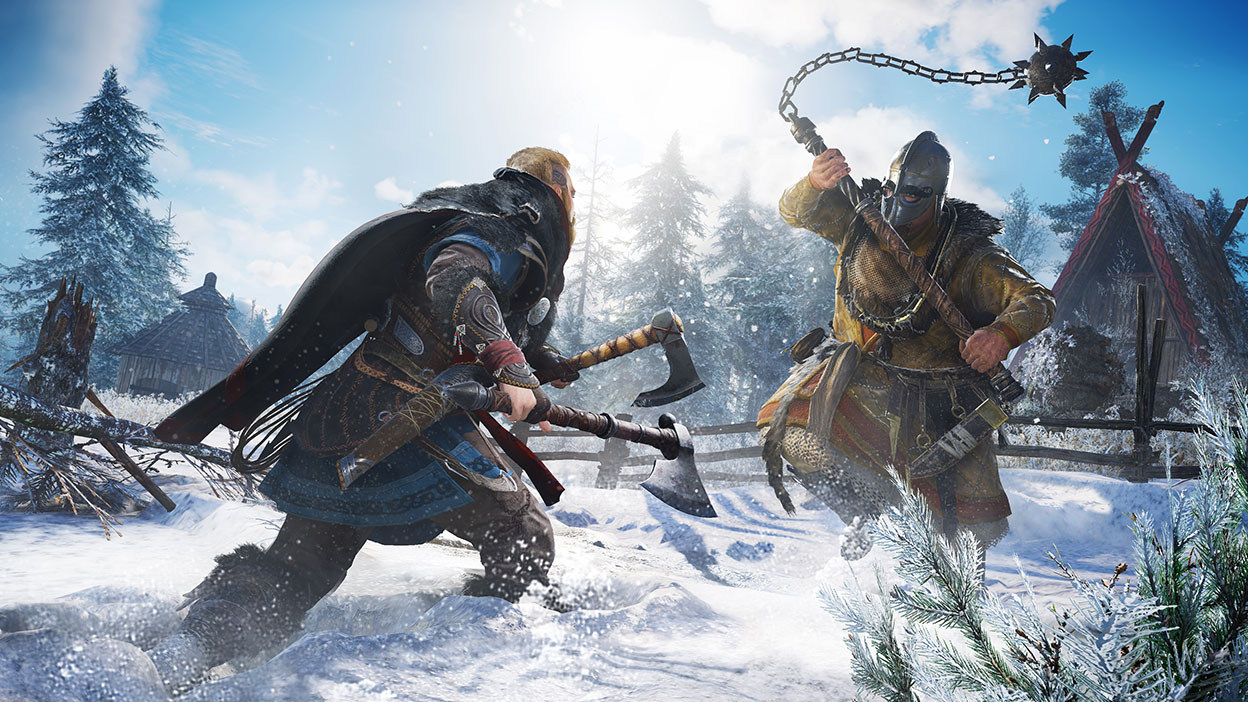 A true Assassin always brings special skills into play and gets out of those tricky situations where most would kick the bucket. To ensure that Eivor has such qualities, you will need to acquire the right AC Valhalla skills. These would help you get through the wild Norse adventures with ease.

The skill tree in Assassin’s Creed Valhalla is an essential part of the game to strengthen your playing style. As you gain experience, Eivor will receive Skill Points that can be utilized to unlock over 40 main skills.

The skill tree is made up of constellation-like skills that include three broad branches: melee (Bear, Red), ranged (Wolf, Blue), and Stealth (Raven, Yellow).

Even though every skill in the game adds something to your game, it’s just that some exceptional ones can make the rest look petty.

The significance of choosing the right skills can’t be overstressed. Unfortunately, with such a wide variety being offered, selecting the fitting ones can get daunting.

This makes us wonder which skill is the best in AC Valhalla?

The answer to this question is Brush with Death. The skill slows time down and heightens your senses when you dodge an attack. This lets you hit the enemy with two light blows or one heavy melee strike.

Out of the 40 skills in the game, Brush with Death will add the most value to your game.

Besides Brush with Death, there are other important skills that you must acquire to ensure that Eivor ends up being a threat to anyone who opposes him/her. Therefore, in this AC Valhalla guide we’ll discuss the best skills that you shouldn’t miss out on.

Your stealth moves can be seriously affected by the number of corpses you leave around, as the other guards could be made aware of your presence.

To ensure your playstyle remains smooth, acquiring the Explosive Corpse becomes a must. This skill makes your foe’s corpse explode whenever his comrades come to investigate the situation.

Skill – When an enemy falls to the ground, press the right stick to stomp on their face

Love executing enemies? Then Stomp was made just for you! It belongs to the Bear skill tree and is one of the finest moves that you can make during a melee fight.

After acquiring the Stomp Skill, you can execute your foe who’s fallen to the ground by directing your foot towards their head.

A stomp is mighty and can cause a great deal of damage to those on the receiving end.

Every skill tree in AC Valhalla allows for an adrenaline upgrade. Adrenaline allows you to execute powerful abilities when going toe-to-toe against foes. Unfortunately, most abilities drain one adrenaline bar.

If you want Eivor to become as strong as anyone out there, acquire as many adrenaline slots as you can to execute annihilating moves.

Imagine going against vast swarms of combatants, taking time to kill every one of them, then looting their corpses one by one; tiresome, right?

Fortunately, the auto-loot skill will automatically collect items from enemies if you kill them with melee attacks. This will let you stockpile silver and save your precious time.

Skill – Fight with reckless abandon. A partially filled Adrenaline Slot will not be affected by an enemy’s first strike.

All those who disregard Stealth and jump into battles recklessly whenever they spot an enemy would love Berserker’s Mettle skill.

Berserker’s Mettle warrants that you won’t lose out on adrenaline even when you get hit. Blend this skill with a nice armor set, and you’ll be all set to take on foes rashly.

If you rely on Stealth, you cannot miss out on Stealth Recon skill. Whenever you have to creep inside a guarded fort, this Wolf Skill will highlight enemies around you.

Crouch, remain undetected, and the Stealth Recon would automatically be put into action. Later in the game, this skill would be essential as it will make invading forts easy by making you aware of your enemies’ position.

Skill – With this skill, loosed arrows will never break and may be collected from fallen enemies

This skill is a gem if you prefer to fight with a bow instead of melee weapons. Arrow Reinforcement prevents an arrow from breaking and ensures that it can be recollected again from downed enemies.

Thanks to Arrow Reinforcement, the supply of arrows won’t get exhausted.

When utilizing a predator bow, the number of arrows you can carry is usually limited; this is where Arrow Reinforcement will make your life easier.

Belonging to the Raven Skill Tree, Counter Roll takes dodging to the next level!

Later in the game, you’ll fight enemies who can devour your health with one single blow. This is where Counter Roll will come to your advantage. Not only will it let you dodge heavy attacks but also take you behind the foe through a roll. This will open a window for you to attack the NPC.

Counter Roll’s issue is that if the NPC’s attack is unblockable, you will have to take damage even if you position yourself behind the NPC’s back.

Skill – After performing a successful assassination, throw an ax at the second NPC standing in close proximity

After assassinating an enemy successfully, the skill will allow Eivor to hurl an ax towards another guard who’s within your range. Even with lousy accuracy, the ax will hit the guard.

Chain Assassination saves time and compensates for even bad aiming by filling two needs from one deed here. Most importantly, the skill lets you keep your cover intact by killing another NPC who might alert everyone of your presence.

Stealth-oriented players must acquire the Advanced Assassination skill. When you are facing potent enemies later in the game, the skill will allow you to kill them with one timely single hit.

To ensure that your hit is successful, press the assassinate button when the marker is in the highlighted space.

Advanced Assassination skill will never let you down as long as your timing is precise.

Skill – Regain the “red portion” of your health bat when landing successful melee hits on enemies.

When you start the game, you’ll constantly be receiving blows that lower your health. This is where the Grit will make a difference. We gave it the second rank because the skill lets you refill the red portion of your health bar every time you hit an enemy with a successful melee.

To avoid death for as long as possible, it is imperative to acquire Grit.

Skill – Dodging just before an attack lands grants you heightened senses, making others around you appear to move slower for a time.

The best skill in AC Valhalla is Brush With Death. If dodging is your thing, then don’t miss out on this very exceptional skill. The sooner you acquire it, the better.

It slows time down whenever you dodge an attack and allows you to land either two light melee blows or one heavy melee attack on the enemy. You can also step back if you can.

When facing more formidable enemies, going all-out would be like sending death an open invitation. It’s best to rely on dodging in such circumstances, and Brush with Death is the most exemplary skill to complement your sidestepping style of play.