If you’ve been to Sciropescire and roamed around Wenlocan Abbey, chances are you’ve seen the Wroeken Offering Altar. This Altar requires five small brown trouts for offering. But locating and catching these fishes is where a lot of players seem to be struggling. If you’re also on the lookout for these elusive fishes, I’ve got just the solution for you.

First things first, before you even try to fish in AC Valhalla, you need to build a Fisherman’s Hut in your settlement. This will give you a fishing rod to help you fish. So, get the fishing rod and practice some fishing before you get to the real deal.

Now that you know how to fish, let’s go find the brown trout.

The best place to fish for brown trouts is the Roaring Meg’s Spring just east of Licoln in Licolnscire. You can also try to look for them in Lunden, near the Repton dock. But the other rivers also are perfect place to fish as well.

I. Big and Regular Brown Trout Locations in AC Valhalla

Just a tip– If you are unsure about what type of fish is in the river, try to use your photo mode and zoom in on the particular fish to check what kind of a fish it is. It can even identify the size of the fish, making your job a bit easier.

2. How to Catch Small Brown Trout in a River?

To fish for small brown trout in the river, players need to locate schools of fishes in the water. Once they locate the fish, they need to row their boat over to the school and cast the line.

If you can’t spot the fishes try to use your Odin’s Sight to locate them.

A simpler way to fish would be to just use Odin’s Sight to highlight the fish and then shoot it with bow and arrows and then jump into the water to loot it.

But if you want a bit more challenge, try the fishing rod instead. It might take a few tries before you really get accustomed to the fishing. So, don’t worry and try again till you successfully catch one.

The Wroeken Offering Altar is part of the many mysteries found in AC Valhalla’s Sciropescire map. The altar is located on the Wroeken hill just near Wenlocan Abbey in Sciropescire.

To worship the altar you need to offer 5 small brown trouts. You can catch these fishes in rivers. The closest one to the altar would be the river near Sciropescire. If you can’t find the trouts there, you can always find them in Licolnshire.

With the altar worshipped and the fishes collected, you can move on to solving more mysteries of the AC Valhalla map. 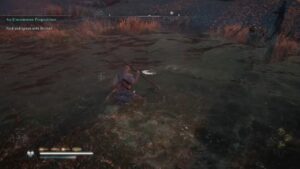 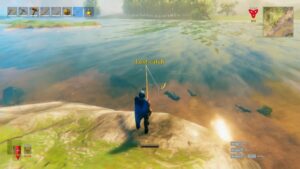 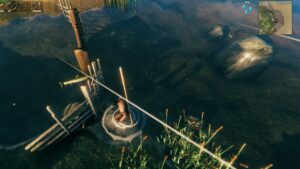 Learn How to Build the Perfect Fish Trap in Valheim!