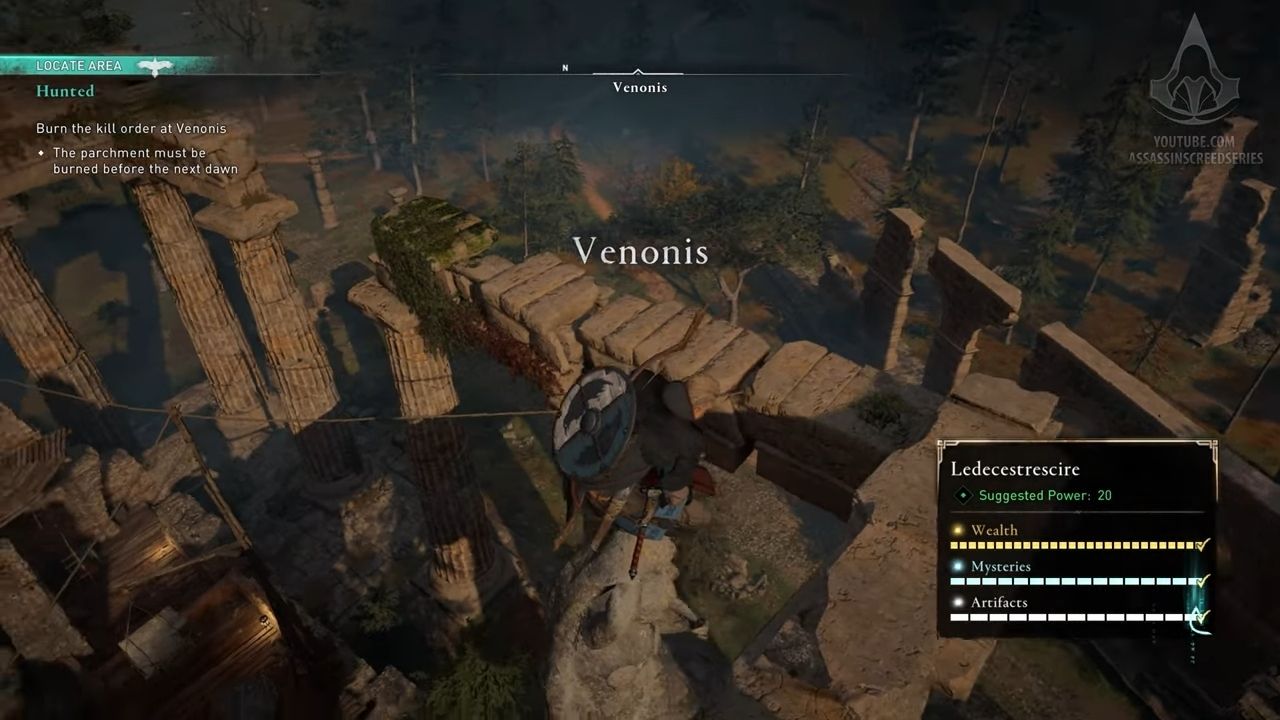 If you’ve recently completed the Heavy in the Head mission in AC Valhalla, and have been kind enough to spare Leofrith’s life, chances are a new mission has popped up for you in the game. The mission titled “Hunted” starts immediately after you decide to spare Leofrith, and he warns you about the Zealots serving the Order of the Ancients.

A fair warning though, being a time-based mission, it is really important that you get on with completing immediately, otherwise you might fail the Hunted mission.

First things first, let’s learn about the mission and all the lore and backstory surrounding it.

1. What is the Hunted Mission in AC Valhalla?

The Hunted mission triggers immediately after Eivor spares Leofrith’s life in the Heavy in the Head quest. Thankful for Eivor’s gesture, Leofrith warns Eivor about the Zealots’ kill order to assassinate her and instructs to head over to Venonis immediately, and burn the scroll mentioning her name in it.

Burning the scroll in time will stop the Zealots from hunting Eivor down. But if the scroll is not burned by the next day in the game, the Zealots will attack Eivor anytime and at any place.

The Zealots can be some of the more persistent and tough foes to beat, you can always back down from their fight if you’re not up for the challenge.

i. Who are the Zealots?

The Zealots are some of the most powerful members serving the Order of the Ancients. They usually roam around in their certain areas and can be successfully challenged and defeated if the player’s power level is greater.

2. How to Complete the Hunted Mission on Time?

In order to successfully complete the Hunted mission and burn the scroll by the next dawn, players need to make their way over to Venonis in Ledecestrescire. After locating the Venonis ruin, players need to search for the kill order located near the statue of a laying man.

Once you’re near the statue, a prompt will come up telling you to read the letter. Reading it will let you know that you are in fact marked on for the Zealots to hunt. After reading, Eivor will burn the parchment in front of the statue informing you that the Zealots will no longer actively hunt you down.

i. How to Burn the Kill Order?

The kill order can only be burned if Eivor reaches Venonis in time and locates the statue to find her name mentioned as the mark for the Zealots to hunt down. Reading the letter will start a cutscene for Eivor to burn the kill order right in front of the statue, and a prompt will suggest the Zealots are not hunting Eivor anymore.

If you’re wondering why the kill order you’ve finally found can’t be burned? It may be due to the fact that the time-based mission is over. The Hunted mission requires you to burn the parchment within 24 hours of receiving the mission in-game.

If the time is over, you have no chance of burning the parchment and you will now be actively hunted down by the order of the Ancient Zealots. Just keep your guard up all the time so that you can take on any surprise attacks thrown at you.

But, if you’ve successfully burned the note, you are now free from being actively hunted by the Order members, but the Zealots are still a big threat to Eivor and the whole assassination legacy. 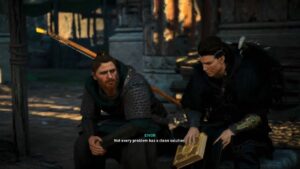