The world map for Cyberpunk 2077 has been leaked on the internet, revealing some crucial pieces of information relating to how the in-game world, Night City, will be like.

Actually, several physical add-ons from boxed copies of the game were leaked on the internet this weekend, including the game’s map that gave us a complete look at the various districts and surrounding regions of Night City in one picture.

The leaked images also showed some postcards that depict the Night City, stickers that will come with the game, and a setting guide.

Then again, we need to keep in mind that Cyberpunk 2077’s world will offer a high level of verticality that Witcher 3 can only hope to compare to.

Not to mention, having a smaller map certainly does not equal having less content, now does it?

Only last month, we were blessed with two trailers of the game that gave us a sneak-peak into the world of Night City, revealing how the city is jam-packed with the wealthy, the homeless, and of course, the numerous gangs that dominate the streets, from the psychopathic Maelstrom, the god-obsessed, and stylish Valentinos, the gun-crazy 6th Street, the psychedelic Voodoo Boys, to the brute-strength-filled Animals, and many more!

Considering how CD Projekt has revealed that V, our in-game character, will be locking horns with all the groups as mentioned earlier one way or the other, I think it’s safe to say the Cyberpunk 2077 will be filled to the brim with content!

Plus, in case someone misses the sprawling wilderness from Witcher 3’s Novigrad, Cyberpunk’s got them covered as well, giving a generous amount of the world’s space to the wild! All grounds covered!

With all that said, seeing how it is all turning out, I think that Cyberpunk 2077 is building itself to be something truly special and a one-of-a-kind experience! Be sure to check it out when it hits the shelves on November 19. 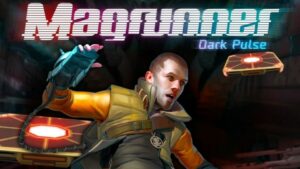