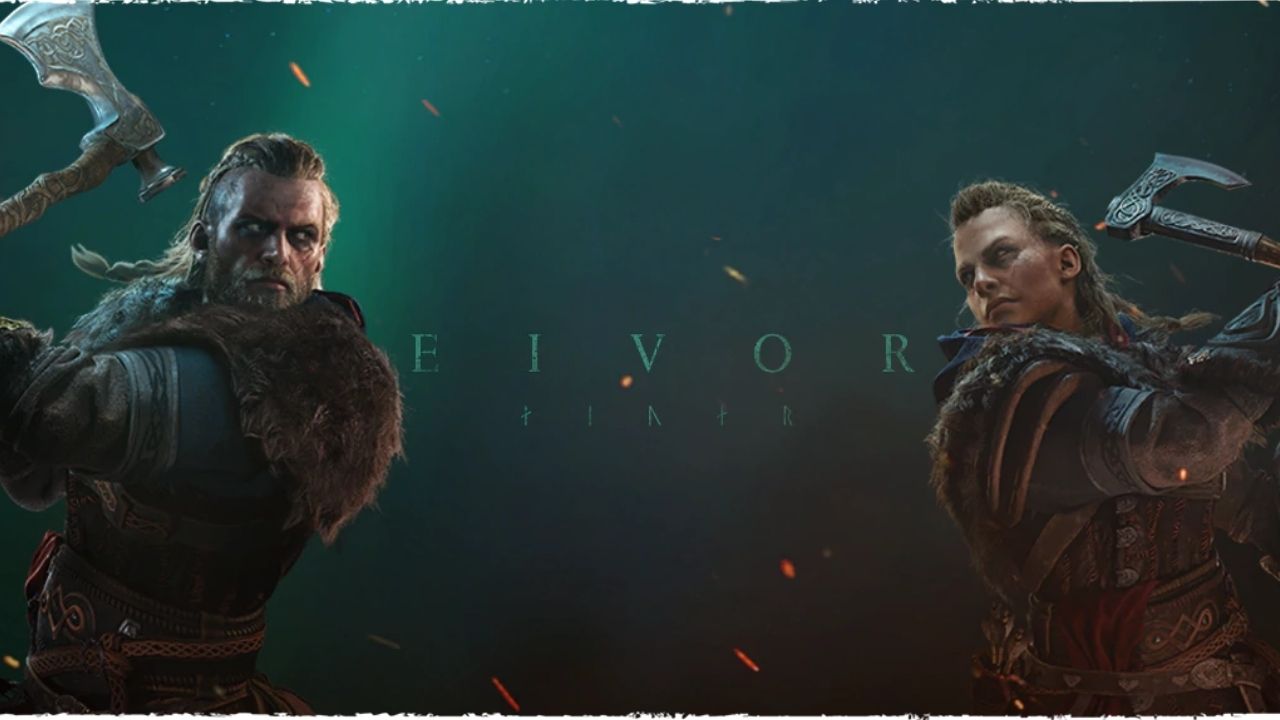 We have gotten more than 12 Assassin’s Creed titles. Even though the games’ core concept still remains the same, Ubisoft has not failed to surprise me with something new in every release. Let’s see which Assassin Creed games are the best.

Recently the Assassin’s Creed series has been moving away from the stealth-based idea that was behind its original titles. Now the AC games are considered open-world games rather than stealth-based.

To be honest, I was irked by this change as I’m all for the templars vs. assassins war, but Assassin’s Creed: Valhalla made me realize that this change was not so bad after all! This doesn’t mean that I don’t like the original titles like Assassin’s Creed II and Brotherhood, but it signifies that Ubisoft can change the core formulae and still come out on top.

I decided to go through my library of all the Assassin’s Creed games that have come out and rank every AC title to see which one is the best. This post will contain both minor and major spoilers; consider yourself warned.

This is where it all started, the first iteration, which gives players the taste of the assassin world.

I really like how you start with the basics. The game takes you through all the assassination steps, from the initial planning to the final push.

Even though a stepping stone but I do not think this game would have the same effects that it had at the beginning. AC 1 is too literal to its name in the sense that you do nothing but assassinate; even though the targets are from all sorts of variety, the skeleton is mostly the same.

Altaïr Ibn-LaʼAhad, the greatest assassin, no doubt, feels very monotone in the game. Perhaps a next-gen release featuring him would be more apt.

Assassin’s Creed Revelations was a perfect farewell to Ezio as a character. In the Ezio trilogy, I’ve grown with Ezio as he starts learning the ropes of the Creed and grows into a master assassin and one of my favorite characters in the series.

There were no new tricks up the sleeve in terms of overall gameplay, but it built upon an already invented wheel of the AC universe.

On the trip to Constantinople, we almost wrap up the chapter of Ezio, and in terms of story, we couldn’t have asked for a much better end than this. This game also shows the heavy strain of using the same old tactics.

For people not invested in the story, it was tough to get excited about a sequel to AC: II. Maybe a shift to RPG elements was necessary after all?

Building upon the RPG elements that Ubisoft started to introduce with AC: Origins, Assassin’s Creed Odyssey was the second iteration as the AC titles began to shift away from the stealth-based Creed mechanics.

We got to see more open-world mechanics, more freedom in quests, and overall a bigger in-game world.

On the other hand, AC: Odyssey is simply just too long, especially if you factor in all the DLCs, mix this with the exploration mode that just gives you general clues rather than a pinpoint marker; it’s easy to get lost in the storyline.

One thing I really enjoyed in Odyssey was the characters, especially Kassandra, the more cannon choice. Playing as a DemiGod while wielding the Spear of Leonidas just had a different vibe.

Syndicate brought us onto the streets of London of yesteryear, a city and time period I always wanted to play in. The dual protagonists, the Frye twins, made this adventure all the more enjoyable. While some found them a tad bit too much, they still formed an excellent duo.

Evie and Jacob were trained to be master assassins ready to take on the Order in a world filled with big names such as Charles Dickens and the Queen herself!

The rope launcher’s introduction in the game’s universe allowed for extreme parkouring around the city’s skyline, making one feel almost like a rope-slinging man in a spider’s costume. For the history buffs here, it was invented by none other than Alexander Graham (ring, ring!).

Still, Syndicate had its shortcomings; the combat system was not exactly built for finesse but rather more like brawling outside a tavern and just didn’t fit in the AC universe. For others, the Twins just didn’t make the cut for a AAA game lead.

This is where I think Ubisoft nearly perfected the ‘open-world’ RPG formulae. Over the last two counterparts, Valhalla felt like a massive step in the right direction.

I liked how Valhalla’s decisions change the outcome of the overall plot, unlike the last installments. The Viking combat feels more natural focussing on the clan’s strength, and overall is more enjoyable.

You feel connected to the protagonist of the game, Eivor, as the game progresses. Thanks to a brilliant storyline and writing, every betrayal hits close to the heart, and companions feel all the more close. Still, as Valhalla hones close to the RPG world, it steers all the more away from the AC universe.

Unity is where most disagreements happen. This was a period when Ubisoft was experimenting, and as is with any new thing, opinions are obviously going to be split.

Assassin’s Creed Unity evolved what the first title of the series, Assassin’s Creed I promised: pure assassination based gameplay. Combine this with stealth and you get a full sandbox environment.

The game’s lead, Arno Dorian in himself, was not much to write home about, but the parkour animations he performed were pure bliss. Not to mention the beautiful city of Paris was a lot of fun to experiment in. Black Box missions sure were a package with many promises.

With all of this going for it, why didn’t Unity come closer to the top, you ask? Well, bugs, and there were a lot of them. A release plagued with glitches is a sure way to turn new players around. Even though Ubisoft eventually fixed a lot of them, still the pretty much flat protagonist didn’t help the game gather traction. If you want to revisit the ‘old’ style of assassin based games, AC: Unity is a must-play today.

Now Origins saw the AC series tilt towards more RPG-esque elements. The fanbase (me including) were obviously against this. Give us more of the Assassins vs. Templars! Sadly Ubisoft was in no mood to put up with it.

Assassin’s Creed Origins felt more like open-world games and less like a part of the Assassin’s Creed series. It definitely opened the series to explore many more new avenues, which Origins itself delivered!

Set in ancient Egypt, the game world was absolutely breathtaking. The combat mechanics focused more on aggressive strikes rather than counters, and it felt more powerful.

Parkour was obviously not focussed on in the open spaces of Egypt, but climbing became quintessential. After Desmond’s departure, the modern timeline was taken over by Layla, and honestly, she was a good choice.

Black Flag was my favorite, maybe because naval combat is closer to me, and boy did it have ships to plunder. Captain Edward Kenway was a pirate first and an assassin second and is one of the strongest characters in the AC universe, be it raw strength or assassin skills.

Black Flag had so much offer and was a delight to finish from the beginning till the end. I discovered so many stuff from Havana to Nassau, battling all kinds of pirate foes not limited to the Spanish and British Navy.

We saw the recruit mechanic return in Black Flag that was seen in Brotherhood to complete the pirate treasures. The story in all felt pretty balanced to me, with the assassin elements entangled with the adventures of the seas.

Many of you might argue that it was more of a pirate game than an assassin game, and in some sense, it was!

Before its release, AC: Brotherhood was not expected to succeed much due to its rushed release after its predecessor and was considered to be a ‘cash-grab’ opportunity. Fortunately, to the surprise of many, like me, in the fanbase, Brotherhood turned out to be pretty fun.

The new mechanics were, in fact, additions to its gameplay rather than shackles. I really liked the territory aspect, and that, combined with the multiplayer, made you feel like an assassin fighting to build up the brotherhood.

Rome’s renaissance period is definitely the time to be in; how can one give up a chance to chill out with Leonardo Da Vinci? For a game that was not all too focused on the storyline indeed had in-depth, hidden emotional pieces!

The best Assassin’s Creed game is Assassin’s Creed II. The game improved the mechanics and universe from AC 1, including the combat and storyline. The protagonist, Ezio Auditore da Firenze, ticks all the boxes and is one of the series’s greatest characters.

The pinnacle in the series, Assassin’s Creed 2, is the fan-favorite choice (including me). I felt AC 2 did everything its ancestor couldn’t do, and even after that, it brought new stuff to the table. Ezio was miles ahead in terms of character presence, and I instantly fell in love with his role in the overall storyline. Be it the combat, parkours, missions, or the City, the game felt more natural and enjoyable.

I still remember just hanging atop the buildings and watching the Italian skyline with Ezio. The story writers couldn’t have done a better job, and even the characters breaking the fourth wall was a healthy addition. Last but not least, who can argue with a boss fight with the pope of all people.