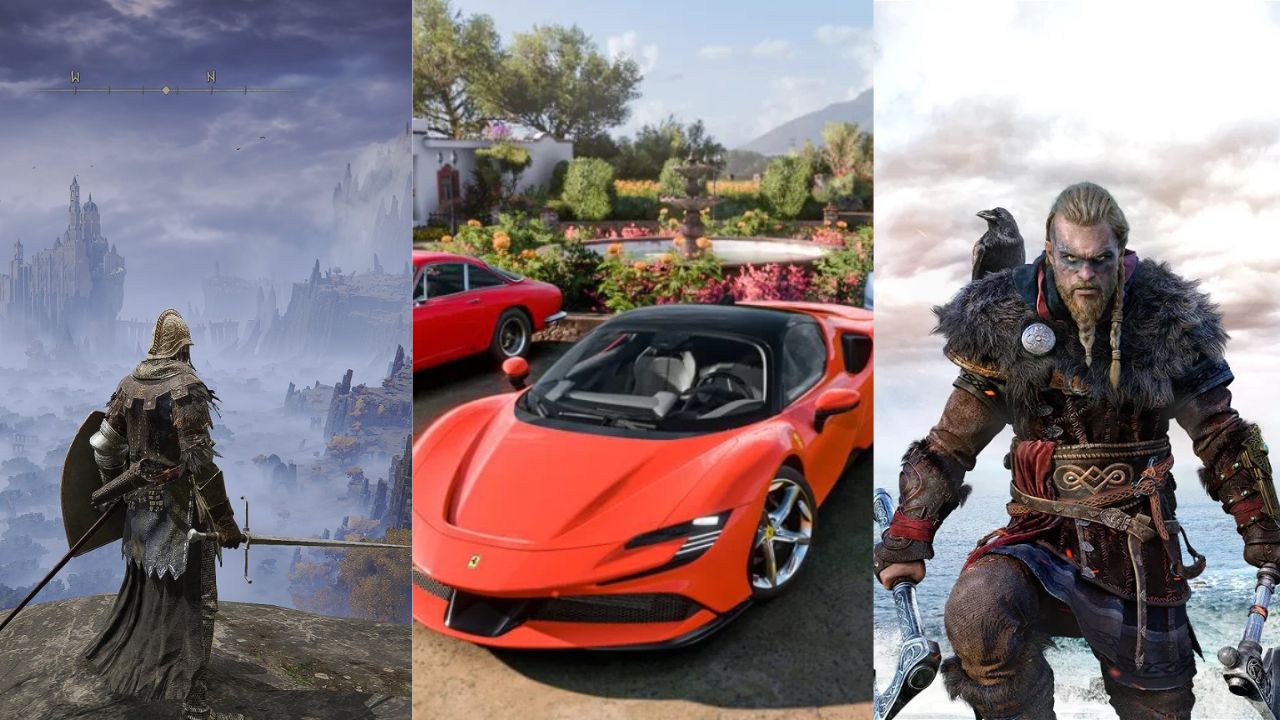 2022 has been an interesting year for Xbox, as they’ve received several new games that take advantage of the Series X to provide a smoother gaming experience. You can find a wide range of Xbox exclusives, AAA games, and creative Indie games that have released in 2022.

Some of the most popular Xbox games in 2022 include Forza Horizon 5, Halo Infinite, and more. The console is bound to get more releases like Saints Row and Overwatch 2.

It can get hard to choose from a wide variety of games you want to play on your Xbox console. To help you out, I’ve created a list of the five best Xbox Games you have to play in 2022.

Forza Horizon is a renowned video game racing series that has delivered an amazing driving experience to plays for several years. Forza Horizon 5, the latest installment in the series, continues the tradition by using its predecessor as a solid foundation to introduce several gaming modes.

While playing Forza Horizon 5, you can expect numerous racing modes, a lively atmosphere, catchy music, and wild stunts throughout the races. The game has added a new campaign to the Forza Horizon experiences that will keep newcomers to the series immersed for hours.

Overall, Forza Horizon is widely considered one of the best racing game series, and Forza Horizon 5 shows why it’s loved by many.

After the series had a rough time with Halo releasing two lackluster games, fans have fallen in love with the revolutionary Halo Infinite. The game features a variety of missions and tasks that you have the freedom to complete in any order you prefer.

The most fun part about Halo Infinite’s gameplay is the brand-new grappling hook which lets you swing around areas and climb cliffs with ease. You will also have a great time sniping down enemies from afar and crushing them with a tank during the campaign.

The game could use some improvement by adding more variation in the environment and making a tight-knit story. But the shooter game makes up for it with its immersive gameplay. Overall, Halo Infinite is a step in the right direction for the series and is a must-play among Xbox users.

Assassin’s Creed Valhalla is the latest addition to the action/stealth series and has added a brand-new twist. In this game, you take control of a Viking warrior named Eivor, who must create a new home for his clan in England.

The game doesn’t involve too much parkour but has all the traditional Assassin’s Creed activities like looking for quests and treasures in a historical setting. The game looks gorgeous and loads faster in 4K on the Xbox Series X, making it a must-play on the new console.

On top of that, Assassin’s Creed Valhalla also continues to release new updates to the game, adding new quests and limited-time events to keep you immersed. It’s a must-play game if you’re a fan of action-adventure games with a gripping storyline.

Containing the critically acclaimed Ori and the Blind Forest and Ori and the Will of the Wisp, you should buy the collection of this 2D platformer as it’s an amazing experience. The games feature an open world based in a forest containing multiple regions for you to explore.

The game is full of minute details, from the way the background shift as you move ahead to the smooth and enticing movements of enemies. On top of that, you get to hear soothing background music which expresses a story by itself.

You can play this game on the Xbox One X, but on the series X, Ori games will work at a smooth 120 FPS. It’s a must-play as it will take you to a brand-new world that’s beautiful and made with love by the game’s developers.

If you’ve always wanted to try Dark Souls with a wonderful open world, which you’re free to explore, then Elden Ring is the game for you. The game is filled with dungeons, bosses, monsters, and other mythical enemies.

The best part about Elden Ring is that you can always choose a new route if the one you’re on is too difficult for you. However, this doesn’t mean that the game is easy; it’s on par with Dark Souls as one of the hardest games to complete.

It’s a fun experience to play the game on the Xbox, as the console displays some of the most impressive graphics in the game, adding more beauty to the Lands Between.