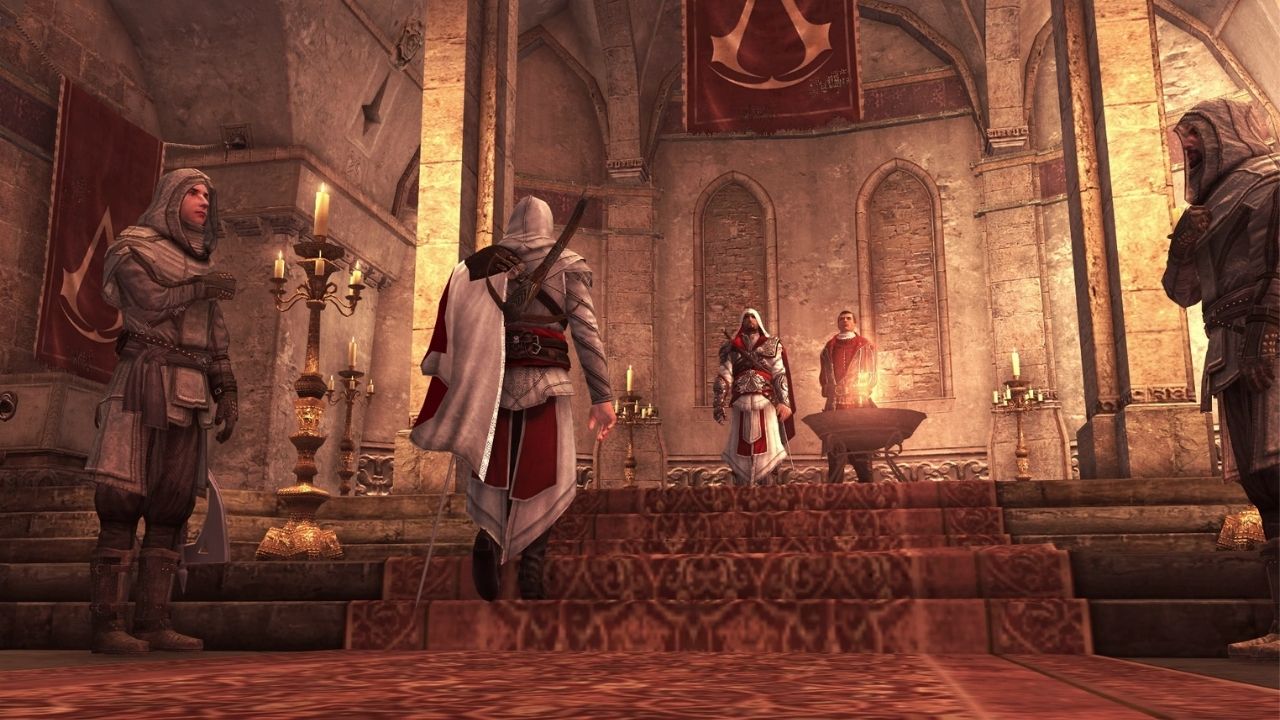 The most exciting thing about this new addition to the series is that it will be completely online and have a virtual world of its own, tying all the other AC games together. The last AC standalone title was AC Valhalla that came out back in 2020. With this new Infinity announcement, the fans have again something to look forward to for the series.

But like with every new announcement, there are bound to be millions of questions from the fans. So, here are some things you should know if you’re curious about AC Infinity!

AC Infinity does not have a release date as of yet. However, it has been reported that it might release around 2024 or later. Ubisoft is currently planning this cross-platform online venture and will likely take a while before any release dates are announced.

We fans might have to wait for a while before hearing from the developers working on this new game. Being an entirely online-oriented game, it might take a few years before everything is set up perfectly.

Assassin’s Creed Infinity does not have a set price yet. This new online platform AC game is yet to be released and is currently in development.

The last game of the AC Valhalla series AC Valhalla was priced at around $60 with different prices for the DLC. So, we can assume that AC Infinity would be priced around that range. The game could also be available in Xbox Game Pass.

AC Infinity has not listed the gaming platforms it will be available on. But owing to the huge market of Next-Gen consoles, the game might be available for PS5, Xbox Series X|S users, and even Windows.

What is Assassin’s Creed infinity? What Time Period Will It Be Based On?

Assassin’s Creed Infinity is a new online game service that Ubisoft is currently planning to develop based on the famous Assassin’s Creed series. AC Infinity will have a completely online platform where multiple storylines and other interactive options will be available.

Ubisoft Quebec has taken on the project of making this MMO possible. But, of course, being an MMO, I think it would be great if players could interact with each other in the assassin world while also focusing on their solo quests. But we’ll just have to see what the devs have in stores.

As for the timeline, Ubisoft officials spoke to Bloomberg about making the game way beyond the fans’ expectations. They discussed having multiple timelines morphed into the online game and adding additional content in the future.

So, players missing Ezio’s fight against the corrupt Templars or Bayek’s adventures amidst the dunes of Egypt could go back to those moments and relive them via the new Infinity game.

Players can expect a more interactive and mission-centered approach for this online service. According to the Ubisoft officials, AC Infinity plans to include all its previous timelines into one with user-based quests.

This new MMO service will have a Hitman 3 approach where apart from all the missions from the previous games, new missions would be added to keep the players coming back for more assassination action.

Till then, we just have to wait for some more fun-filled AC Valhalla DLCs like the soon-to-be-released AC Valhalla: Seige of Paris DLC. Who knows? We might even get a new AC series following up Valhalla since we know this MMO AC Infinity will take time to complete!