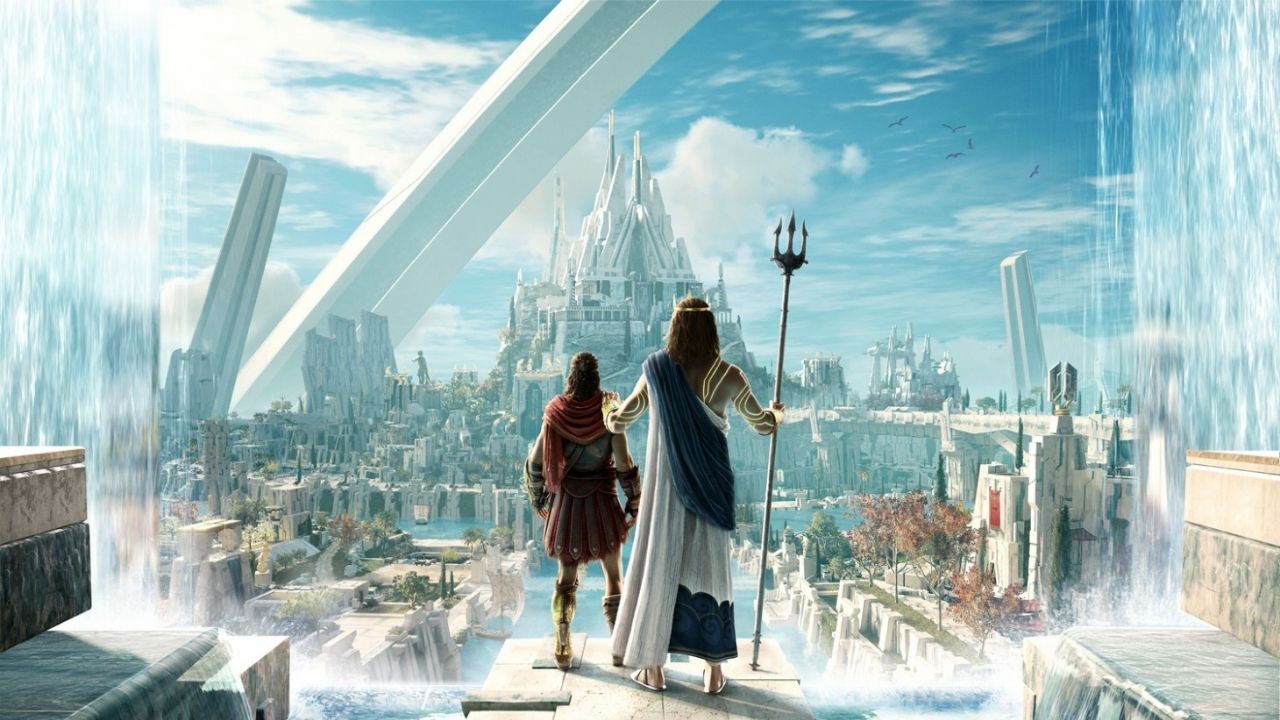 Assassin’s Creed Odyssey has captivated gamers with its stunning graphics and engaging gameplay. Set in Ancient Greece, players have spent hundreds of hours learning more about its vast world. While you’re busy exploring the ancient Greek islands, you might wonder when the events in-game took place.

It’s a viable question because the Assassin’s Creed franchise doesn’t always focus on historical accuracy. Unfortunately, it’s the same with Odyssey, so it’s hard to pinpoint by taking hints from the map. Therefore, in this article, I’ll explain everything about the period in which the plot takes place.

In the game, you choose to play as Alexios or Kassandra. Both share similar stories of being outcast mercenaries who must face Sparta in war and pave the way to become legendary warriors.

In addition, the main characters are also the descendants of the First Civilization, which might ring a bell among Assassin’s Creed fanatics. The game will present players with tons of decisions and choices throughout the journey that’ll impact the ending.

2. How does Assassin’s Creed Origins fit into the story?

Odyssey has the oldest story for several centuries in the Assassin’s Creed timeline. It explains the origins of the First Civilization artifacts and how it was utilized during ancient times.

As you’ll probably know, there are 20 different games in the Assassin’s Creed franchise, all set in different themes and generations. As a result, many fans tend to be curious about the chronological order of the games.

3. How is Odyssey connected to other Assassin’s Creed games?

Odyssey doesn’t connect to any lore about the fan-favorite characters of the Assassins Order or Templar. But it does explain the origins and use of First Civilization artifacts known as the pieces of Eden.

Typically, the protagonists acquire the Pieces of Eden during the endgame, but that’s not the case with Odyssey. For instance, players can get their hands on a piece of Eden known as the Spear of Leonidas at the very beginning of the game.

Players will find more pieces of Eden as they battle against historical figures and move ahead in the story. Moreover, keep an eye out for easter eggs for Assassin’s Creed and other Ubisoft games during your journey.

4. What is the story behind Assassin’s Creed Odyssey?

The story of Odyssey begins in the present day, where Layla Hassan finds the Spear of Leonidus. Using the DNA on the spear, she constructs an Aminus program to live through the life of Kassandra, who was active during the Peloponnesian War in the 5th Century BC.

Players will experience the journey of Kassandra on how she discovers more about herself, her family, and ancient Greece. Even though the Odyssey doesn’t catch any events of other Assassin’s Creed games, some characters have been featured in the DLC.

5. How are Assassin’s Creed Odyssey and Valhalla connected?

Ubisoft recently released the crossover series in Assassin’s Creed Odyssey and Valhalla, which is available as DLC in both games. It’ll feature a clash between the two main protagonists in the series, Kassandra and Eivor.

The DLC takes place after the events of Assassin’s Creed Odyssey when Kassandra or Alexios decide to take on a quest that takes them all over the world to recover a dangerous relic of the past. The crossover event DLC is free to download for those that already have Assassin’s Creed Valhalla or Odyssey.

The journey eventually brings Kassandra to the Isle of Skye in the Assassin’s Creed crossover story, A Fateful Encounter, where she’ll run into Eivor. At first, the two warriors will duke it out to settle their differences on the battlefield.

That’s all I’ve got regarding the period and timeline of Assassin’s Creed Odyssey. Remember, the developers have emphasized that the game primarily focuses on delivering a historical experience for players. That’s why don’t be surprised to find any loose ends regarding the lore and the timeline.

However, there’s still potential for more timeline information and crossovers through DLCs, so fans can expect more Assassin’s Creed content in the future.

Get Assassin’s Creed Odyssey on:

It was released for PC, PlayStation 4, Xbox One, and Nintendo Switch (Japan only) on October 5, 2018, with a Stadia version launching alongside the service in 2019. Like its predecessor, the game features a large open world, and adopts elements from the role-playing genre, putting more emphasis on combat and exploration than stealth. 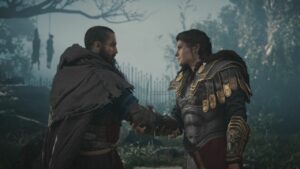 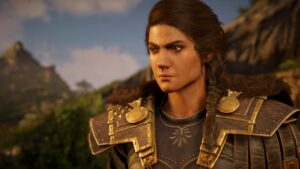 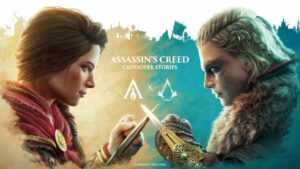