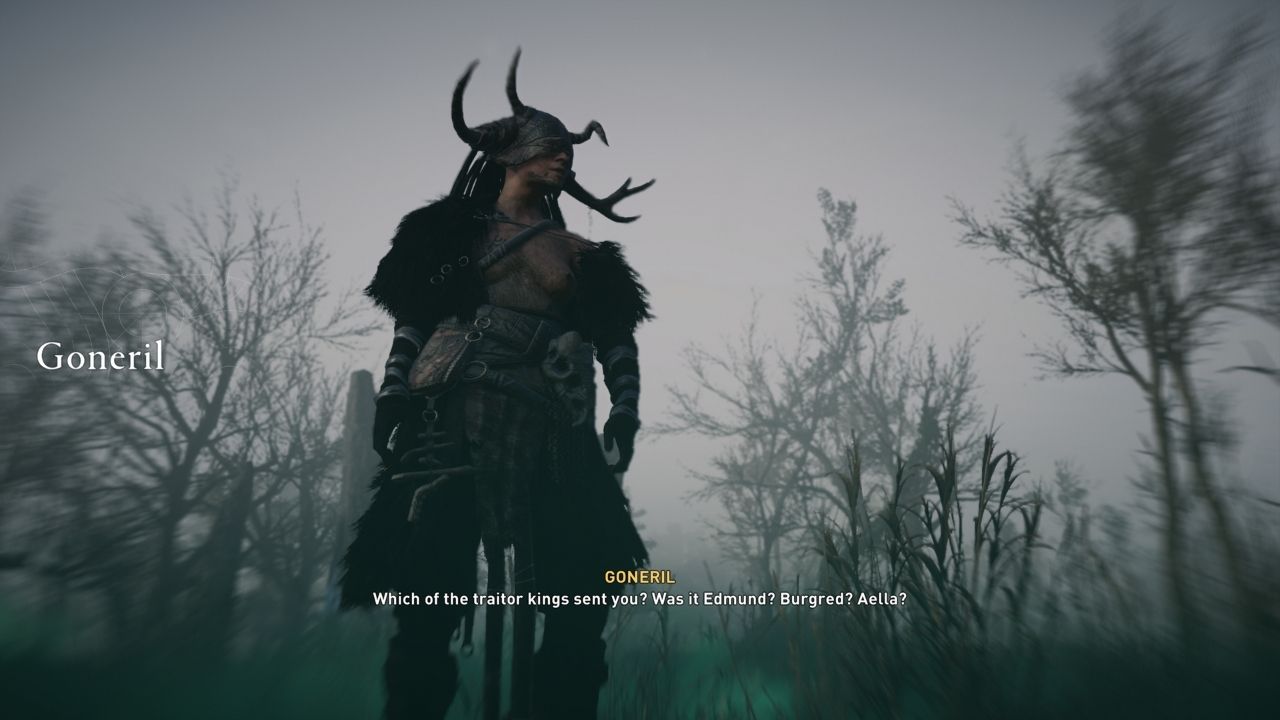 Goneril is one of the three Daughters of Lerion in Assassin’s Creed Valhalla. Daughter of Lerion is a group of powerful and mythical cultists that reside in gloomy and creepy swamps. Players need to fight and defeat the daughters of Lerion to collect the pieces of Thor’s Armor so they can later acquire the mighty Mjolnir.

Where to find Goneril in Assassin’s Creed Valhalla?

Goneril is located in Spalda Fens in the northeastern swamps of Grantebridgescire, north of Isle of Ely Monastery. Players must interact with the desecrated body below the large dead tree in Spalda Fens to summon Goneril.

Refer to the map below for the exact location of Goneril:

Goneril will appear as a “mystery” on the interactive map of Assassin’s Creed Valhalla.

How do you beat Goneril in Assassin’s Creed Valhalla?

Dodge, Parry, and Attack is the golden strategy to defeat Goneril in Assassin’s Creed Valhalla. Players must be at least power level 100 to take on and kill Goneril.

Goneril is a twin blade-wielding agile enemy that uses magical powers such as teleportation and summoning to attack and keep Eivor busy constantly with little to no break. The Goneril mini-boss fight has two phases. Here is how you can deal with her.

I. Phase I Goneril

Firstly, she leaps onto the player with her blades while giving off red smokes. This attack cannot be parried and must be dodged when she is mid-air. After dodging this attack, you will get a window to land your blows perfectly.

Secondly, she summons a clone/phantom of herself that players can easily dodge to the side to make it disappear. She also teleports right onto the player to land an attack, and you should also dodge this attack.

Lastly, she uses a close-ranged spinning/jumping attack that you can parry or block while she is in mid-air or before she spins. She will stumble after her attack is blocked, giving you a short window for the attack. Land as many blows as you can, and leap backward to dodge the upcoming attacks. Don’t be greedy and maintain your distance as she will strike back harder.

Once you have landed a combo of attacks and Goneril is stunned, use your abilities to distract and cause more damage to her.

As soon as Goneril falls at about half of her HP, a cutscene will initiate, marking phase II of the battle. This phase is not too different from Phase I.

Now, Goneril will also cast magic circles on the ground, which explode and release poisonous green gas. The battle arena will be covered in this gas now. Avoid the magic circles and toxic gas, or you will take some severe damage.

Keep following the strategy of phase I to chip away at her health while also dodging the poisonous gas, and with a bit of patience, you will eventually defeat her without breaking a sweat.

What will I get for killing Goneril in AC Valhalla?

Thor’s Breeches are required so you can wear the entire attire of Thor later and pick up the legendary Mjolnir. You cannot pick up the Mjolnir if you are not wearing all five pieces of Thor’s armor set.

The dagger dropped by Goneril, along with her two sister’s daggers, can be used as a key for the statue with three slits in the east of East Anglia to uncover a secret passageway leading to Thor’s Helmet. 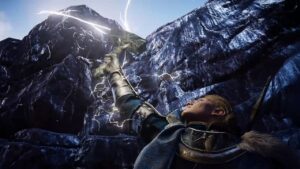