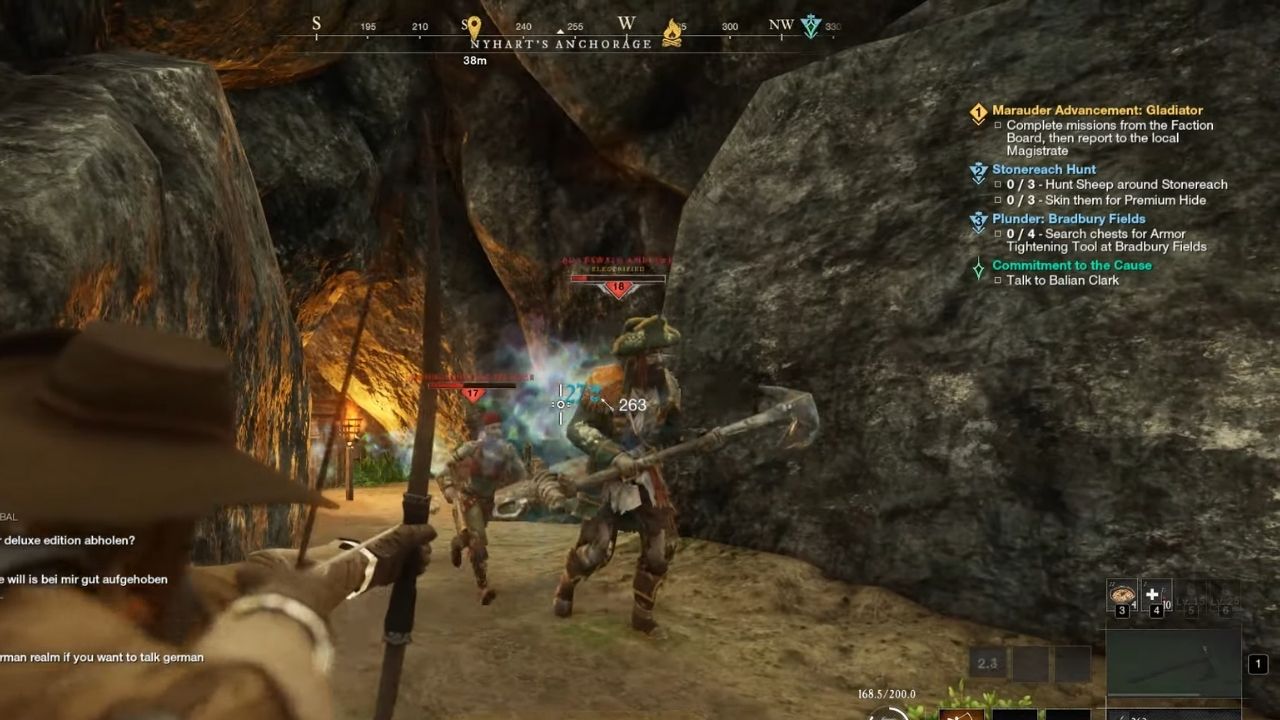 Boatswain Ambrose is a giant pirate leader NPC in New World, whom you will encounter during the quest “One Threat at a Time.” Once you reach level 17, find Sylvia Oakes inside the First Light Town Hall, who will give you the said quest that asks you to find two pirate leaders, including Boatswain Ambrose, in Nyhart’s Anchorage and eliminate them.

Killing Ambrose is one thing but finding him is easier said than done. The quest marker leads you to the general vicinity of the Pirate but does not pinpoint his exact location.

Where to find Boatswain Ambrose in New World?

Boatswain Ambrose is located in a cave next to the stonework bridges, just below the docks in Nyhart’s Anchorage. It is a pirate shantytown on the coast of First Light, situated to the south of Windsward Hamlet and north of Las Torres Bay.

Refer to the map below to find the precise location of the docks.

Upon reaching the docks, locate the giant ship docked at the harbor in the east and the wooden house built on the rocks at North. The entrance to the cave you are looking for is right under this wooden house.

Drop down to the ground level and explore the beach, find your way to the cave’s opening through the stonework bridge below the wooden house.

Venture a little deep into this cave, and you will find a giant pirate with glowing eyes and a massive health bar. That’s it, that’s Boatswain Ambrose, a level 18 foe. If you don’t see him there, wait for him to spawn.

READ:  New World Problems Continue as Players are Being Banned Without Reason

I. How to kill Boatswain Ambrose in New World?

To kill Boatswain Ambrose, keep your distance and use a ranged weapon like a bow or a fire staff to secure strong hits on him. Dodge his slow attacks and strike him between the intervals of two successive attacks to vanquish him.

Ambrose wields a giant ship anchor as a weapon, which can massively damage your health, so do not engage in close combat with him.

If you do, dodge all his attacks swiftly and strike him in the small windows between his attacks. Luckily, the brutal pirate leader does not have any ranged attacks.

Pro Tip: Defeat all the pirate ghouls guarding the region before taking on Boatswain Ambrose.

Where to find Quartermaster Zebulon in New World?

Quartermaster Zebulon is stationed aboard the pirate ship docked at Nyhart’s Anchorage. He is at the back of the vessel near the captain’s cabin, surrounded by many pirate guards.

Defeating both the pirate leaders will mark the quest as completed and you will be rewarded with the Adventurer’s Ice Gauntlet, 20 Azoth, 1000 XP, and 82.25 gold. Travel back to the First Light settlement and speak to Sylvia Oaks to collect your rewards. 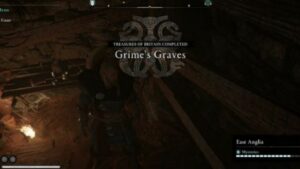 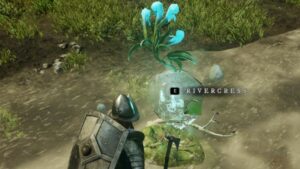 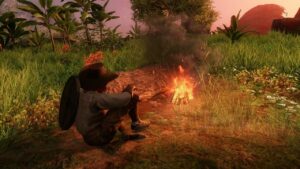 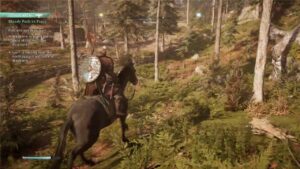