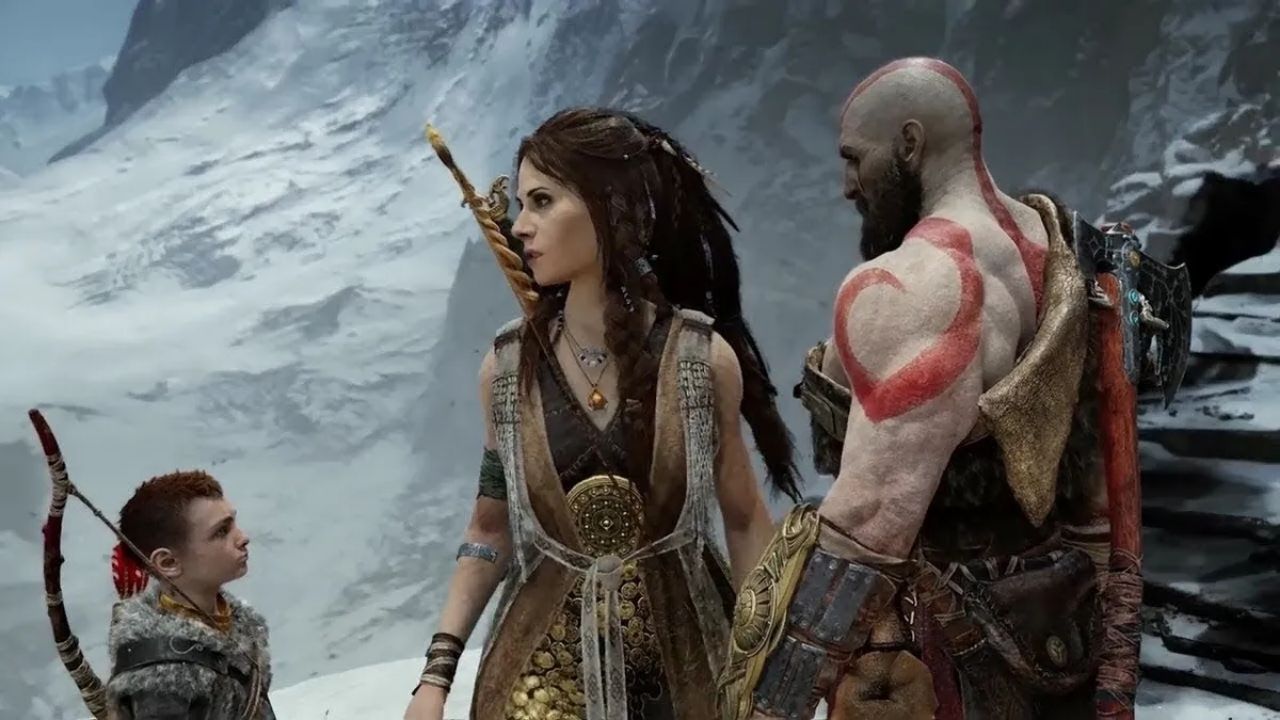 No longer the merciless demigod, the Ghost of Sparta is now a caring father, playing master and protector to his son Atreus. The most recent introduction in the God of War series has the ever-angry protagonist Kratos trying to live a peaceful life. But, there’s a big part of this family missing. When the game begins, Kratos’ wife has just passed away but, her body hasn’t been cremated.

God of War is about Kratos and Atreus, and after the recent previews, we’ve seen a decent amount of Atreus. But who could have played such an essential role in the pantheon-wrecking killing machine’s life to make him settle down and tend to his family?

Within the first few moments of God of War, Kratos says his wife’s name, Faye. As the game starts, her demise appears peaceful, but it gives rise to a journey that’s anything but non-violent.

The reason for her death remains unknown but, moments before dying, Faye requested for Kratos and Atreus to spread her ashes from the highest peak in all realms.

2. Why did Kratos’ wife want her ashes at the highest mountain peak in God of War?

In God of War, Faye intended her dying request of wanting Kratos and Atreus to spread her ashes from the highest peak in all realms, situated in Jotunheim, to serve the purpose of preparing them for Ragnarok. Atreus’ mother also intended him to learn the truth of her real identity and embrace that he is part Frost Giant, who she wanted to name Loki.

When Faye asked Kratos to cut the trees she marked with her handprint, the protective ward placed around the forest by her during Atreus’ upbringing was broken, rendering it unsafe and forcing the two on a journey to respect her last wish.

Being on a journey with Kratos to the highest peak in Jotunheim allowed Atreus to grow stronger, wiser, and more independent to face Aesir. It also strengthened the bond between the two, helping them accept their pasts and overcome the prophesized future.

In God of War, Faye’s real name was Laufey, and according to the severed head Mimir, she was renowned as a great Frost Giant heroine, Laufey the Just.

She helped the weak and played a crucial role in opposing the cruel Aesir and their king, Odin. She was also regarded as a fearsome and respectful warrior, drawing the attention of the likes of Thor. As the last Guardian of the Jotnar, Faye had the chance to restore balance to the world of Giants following Thor’s rampage. Instead, she placed her hopes upon Kratos and Atreus to overcome Ragnarok.

Faye is a powerful being in God of War, and her combat abilities are the following:

Since Faye was a warrior giantess, she had superhuman strength that rivaled the likes of Thor and Odin. In God of War, she ranks as one of the strongest Frost Giants. However, her strength is no match for Surtr, Jormungandr, or Ymir.

As a Frost Giant, Faye had her kind’s ability to control ice and foresee future events like her own death, her family’s journey to honor her dying wish, and their possible future in God of War.

In God of War, Faye possessed immense magical knowledge. This allowed her to neutralize scorn poles and build a potent protective barrier around her house that no Aesir God, including Odin and Thor, were able to breach. Also, she may have used her magical mastery to suppress her abilities in front of her family as Kratos considered her a mere mortal.

5. What are the weapons yielded by Faye in God of War?

In God of War, Faye yielded three weapons, namely the Leviathan ax forged by the Huldra brothers, Brok and Sindri, who were responsible for making Thor’s Mjolnir, the Talon bow that she made out of a Yew tree, and a knife.

Faye gave her ax to Kratos moments before her death and passed on her bow and knife to Atreus, who destroyed it while saving his father.

Note: Faye had a gyrfalcon named Sophie which Atreus inherited.

READ:  Evidence Suggests at a PC Port of The Upcoming God Of War: Ragnarok

In God of War, Faye was Kratos’ second wife. Kratos’ first wife was a Greek woman named Lysandra, with whom he had a daughter, Calliope.

Kratos was sent to the temple of Athena. Over here, Lysandra and Calliope were also present, and Ares too, to kill the Goddess’ followers. Despite the collective power, in a blindingly violent rage, he ended up murdering his own family with the rest, following which he went on a mission to kill the Gods of Olympus.

After earning the title of God of War, Kratos left Greece to start another family and eventually fell in love with Faye. As a result, Atreus was born.

Kratos’ second wife is much more essential to the God of War plot, orchestrating an entire story and selflessly fulfilling her role as a warrior, mother, and wife. 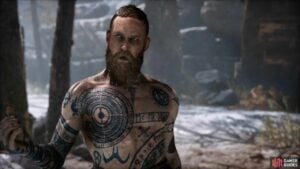 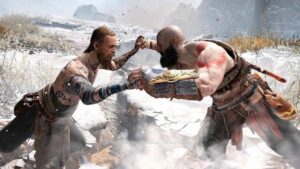